I’ve enjoyed sharing a variety of common interests with my dad throughout my life. One of my favorite bonds has been related to music and singing. It started at a very early age. My parents tell a story of a time when dad was practicing a solo he had coming up at church, which was a common occurrence in our home. This particular instance, though, included my 2-year-old-self mimicking him throughout the house, singing “Jesus, Jesus, the sweetest name I know.” It was the beginning of me wanting to be like my dad.

For many years, I’ve referred to dad as my hero and role model. While other kids idolized sports heroes and movie stars, I chose to look closer to home for my inspiration. In dad, I found a man worth learning from and being like. As the years passed, I realized how fortunate I was to have a dad like mine because many people didn’t. It was this realization that opened my eyes to something very important: my kids are always watching me and wanting to be like me…because I wanted to be like my dad.

I am because He Was

I sang because he sang.

I loved God because he loved God.

One of the guys who wrote parts of the Bible, named Paul, encouraged his readers to imitate him a number of times. He lived his life in a way that taught them how to live as Christ-followers not matter that cost to himself. Why? Because he cared about them. He understood the challenges of his spiritual children would encounter, so he committed to showing them a path to follow until they were able to figure it out for themselves.

Like Paul, my dad lived in a manner that invited me to imitate him. He lived his life in a way that taught me how to be a man, a

father, and a Christ-follower. His commitment to God is strong in my memory. He sang at church, taught Sunday School classes and bible studies, and encouraged others in their faith. He was generous with the blessings God has given him, often paying it forward to missionaries, family, and those in need. His love for his family was evident in how often he was involved in the things that mattered to us. Dad rarely missed one of my high school basketball games, even though I rode the bench most of the season. He heard every note of every concert. And he made himself available so I could talk about what mattered to me at the time.

No Man Is Perfect

Dad wasn’t perfect. No man is. But he modeled a way for me…a way for me to follow until I was old enough, strong enough, and mature enough to begin figuring it out for myself. And he’s always been nearby to help me when times became hard. He stood by me and encouraged me as my world fell apart during divorce. He has listened to me spew anger and pour tears. I can’t fathom the heartache he experienced as he watched me suffer, but I know one 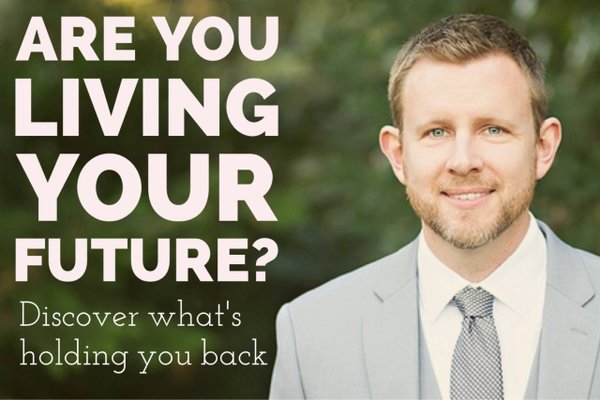 thing is for certain. He modeled yet again a way for me to follow if the day comes for one of my own children to suffer so deeply.

I know there’s no such thing as the perfect father, and to aspire to perfection is foolish and unrealistic. But, I want to live my life in a manner that invites my kids to imitate me because that is exactly how my dad lived his life.

To find out more about Kevin and his work at Strategic Ministry Solutions click on these links:

Resole Your Life with Kevin Bradford

June 3, 2019 A Jellyfish Taught Me a Lesson That I Passed on to My Son
Recent Comments
0 | Leave a Comment
Browse Our Archives
Related posts from Manly Training Ministries

Family
What's So Funny? Every Dad must Know how...
Manly Training Ministries
TRENDING AT PATHEOS Family