How to Be an Awesome Dad in 10 Minutes and 45 Seconds!

Being a dad is awesome! But if you approach it as one more thing on your to do list, I can guarantee that it will not be very fun for you. Your job as a father is to nurture your children and to help them reach their fullest potential. Give me 10 minutes and 45 seconds of your time and I will explain how. Listen to this podcast and let the truth sink in.

Listen and share this podcast. There are men all over the world that need to hear this. Let’s make sure we do what we can to become the men that God created us to be. Until next week … Be a MAN!

This applied to an open back door or refrigerator. Just because you don’t pay the gas and electric bills, that doesn’t mean you should waste energy, he’d tell us as we alternately let the cold air into the house and out of the fridge deciding if we wanted to play football or have some milk. This sage advice applies to life in general: Make your choice, then move ahead.

“Quit talking about it and do it.”

It doesn’t have quite the same ring as Nike’s famed “Just Do It” campaign, but it’s the same concept. Be smart and make an educated decision, yes–but once you’ve made the decision, act on it.

To this day, when we watch a game with my dad, we’ll hear him utter this every time a pitcher walks a batter. He hates a free pass. You earn everything in life.

He was also the voice of discipline: “You’d better stop crying or I’ll give you something to cry about.”

This was his most effective way of discouraging tears, because I don’t ever remember finding out what that “something” was.

“Don’t make me turn this car around.”

With four boys crammed in the back seat, at least one child was always crossing into the imaginary DMZ between us and drawing retaliatory action by the offended party. Whether we were a block or 700 miles from home, we always took my dad’s threat seriously. He would, in fact, turn this car around.

Finally, he was – and is – the guy who’s always there to encourage you, no matter what:

To this day, this is probably my favorite expression of his. Not only does it encourage me to keep working hard in my professional and personal life, but it also implies that he approves and is proud of what I’m doing. Nothing means more than that to a son.

“It never hurts to ask.”

My dad made this his motto in his job as a college fundraiser. He adopted it from my younger brother who once presented a detailed 12-page wish list to be mailed to Santa. The lesson is that nothing is impossible – not asking or not trying is the only thing you’ll regret.

This has emerged as his latest classic, now as a grandfather. If you tell him about sleepless nights with the baby, or about a kid who acted up in church, he’s sure to ooze with delight, “Payback time, buddy!” As I say, he’s there for you no matter what.

Idea to try with your dad today:

This Father’s Day, salute your dad by rattling off some of his favorite sayings. Let him know you were listening. More important, take the wisdom of your father and live by it. Pass it on to the next generation. You’ll soon see how your own children will benefit.

June 6, 2019 My Father Was Not There for Me and it Hurt - By Rick Amitin
Recent Comments
0 | Leave a Comment
Browse Our Archives
get the latest from
Manly Training Ministries
Sign up for our newsletter
POPULAR AT PATHEOS Family
1

The 9 Most Common Questions About...
Dave Willis
Related posts from Manly Training Ministries

Family
What's So Funny? Every Dad must Know how...
Manly Training Ministries 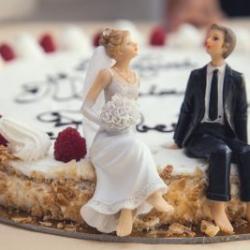 Family
3 Reasons Why Marriage Will Make You a...
Manly Training Ministries
TRENDING AT PATHEOS Family