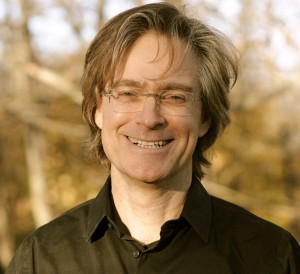 Dr. Marc Gafni is a visionary thinker, social activist, passionate philosopher, and author of ten books, including the award-winning Your Unique Self: The Radical Path to Personal Enlightenment, the two-volume Radical Kabbalah, the recently published Self in Integral Evolutionary Mysticism: Two Models and Why They Matter and Tears: Reclaiming Ritual, Integral Religion, and Rosh Hashana.

He holds his doctorate in philosophy from Oxford University, and received rabbinic certification from the chief rabbinate in Israel, as well private rabbinic ordination. He teaches on the cutting edge of philosophy in the West, helping to evolve a new ‘dharma,’ or meta-theory of Integral meaning that is helping to re-shape key pivoting points in consciousness and culture.

He has been a guest editor of the Journal of Integral Theory and Practice on issues of integral spirituality, and a faculty member of JFK University. He is the co-founder, together with Ken Wilber, of The Center for Integral Wisdom, a leading activist think tank dedicated to articulating a practical politics of love, and to catalyzing an emergent personal and global vision of ethics, Eros and meaning.

Together with author and social innovator Barbara Marx Hubbard, he is working on a series of new works revolving around Evolutionary Spirituality. He is the Integral Wisdom Scholar in Residence at the Agape International Spiritual Center (Rev. Michael Bernard Beckwith, president).

As co-initiator in 2014 of the Success 3.0 Summit with John Mackey of Whole Foods Market and entrepreneur Kate Maloney, Gafni is known for his visionary work on evolving a post-dogmatic shared language of meaning and success, rooted in the entrepreneurial values of Wake Up, Grow Up, Show Up and Outrageous Love. The Success 3.0 Summit’s method and movement is to bring together key thought leaders and change-agents to collaboratively evolve a bold new Integral vision of Success.

Known for his rare combination of brilliant mind and overflowing heart, Gafni is a leading public intellectual impacting the source code of global culture. He has led international spiritual movements and learning communities, as well as created and hosted for several seasons a popular national Israeli television program on culture, meaning, and spirit on Israel’s leading network.

Over the past 30 years, Dr. Gafni has developed educational programs and workshops rooted in traditional wisdom and yet fully adapted to the needs of the contemporary world.