Response to Tony Jones about the Resurrection

In his October 4 blog, “No, the Writers of the Bible Did Not Expect It to be Taken Literally,” Tony Jones briefly contrasts his view of the resurrection of Jesus with mine. I agree with the title of his blog, but strongly disagree with his characterization of how I see the resurrection.

His own view of the resurrection is clear: he believes that Jesus “materially rose from death” in a “physical” and “bodily” form (from his April 21, 2011 blog; italics added). He describes my view as “Jesus’ resurrection only happens in the believer’s heart” (again, italics added). He has done so before in at least one book and in a previous Patheos blog (April 21, 2011).

I have never said or written anything remotely like that. For decades, including in a blog on Patheos two years ago, I have consistently affirmed that Jesus was experienced after his death. According to the New Testament, those experiencing him included Mary Magdalene, Peter, the rest of the disciples, James, two travelers on the Emmaus Road, Paul, the author of Revelation, and more. Indeed, Paul refers to “five hundred” who saw Jesus. Of course, that is a round number. But it clearly means many.

The most dramatic example is Paul himself. Though not a follower of Jesus, he experienced Jesus after his death as not only alive but as “Lord.” So vivid and powerful was the experience that it transformed Paul from being a persecutor of the Jesus movement to its most important apostle to the Gentile world. Yet Paul did not experience Jesus in a material physical bodily form. According to both Acts and his letters, it happened in a vision; those with Paul did not experience what he had experienced. Does Jones imagine that a vision means that for Paul, the resurrection of Jesus happened only in Paul’s heart?

I do not understand why Jones misrepresents my understanding of the resurrection. Perhaps it’s because the only two options he has considered are that it either happened in a physical bodily way or else it happened only “in the believer’s heart.”

But are those the only two options? I think not. There are experiences of God, the sacred, and the risen Jesus that are very real, even though they are not the kind of experiences that could be videotaped. To reduce such experiences to something that happens only “in the believer’s heart” is to accept the widespread modern Western view that only “physical” events are real. Jones suggests that my understanding of the resurrection flows out of my acceptance of the modern scientific world-view. Perhaps the shoe is on the other foot. Or, more charitably, despite our differences, perhaps we both walk in modern shoes.

Note that Jones does not simply believe that the resurrection was material, physical, and bodily, but insists that it must have been so. Though I disagree I am happy to say to him and others who hold this view, “Believe whatever you want about whether the resurrection of Jesus was in material physical bodily form” – which I understand to mean that it was an event that could have been recorded by a news crew if they had been there. Believe whatever you want about that. Now let’s talk about what the resurrection of Jesus means.

It means at least the following. Jesus lives: he is a figure of the present who continues to be known, not just a beloved figure of the past. Jesus is Lord: God has vindicated Jesus and made him both Lord and Christ. Thus the lords of this world, including the powers that killed him and the lords of culture today, are not. Imperial execution and a rich man’s tomb could not stop him, could not hold him. He’s still around, still loose in the world, still recruiting for the kingdom of God. What he began continues. He is with us still. He is “Immanuel,” which means “God with us.”

I do not understand how this view can be construed as meaning that the resurrection happens only “in the believer’s heart.” I don’t get it.

I end with a question: what is added to the meaning of the resurrection by believing, as Jones does, that it happened in a material physical bodily way? In short, what’s at stake in the difference between my view (as described by me and not by him) and his view? Do our differences matter? And if so, how? 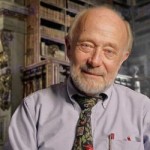