First off, I didn’t know siblings day existed. Happy siblings day! I don’t have any siblings, so I’ll celebrate with this picture instead: 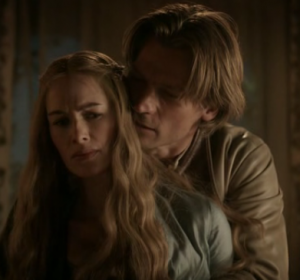 Now on to the links!

Ophelia Benson has done a fantastic job of covering this issue. From breaking the news, to calling out the stupid Brandeis statement, to the doctoring of their press release statement, (I loved the “We have always been at war with Eastasia” comment), to dealing with an Imam’s gloating piece, to pointing out how this plays into the hand of people who threatened her, to calling out BBC’s hypocrisy and its bias in reporting the story in a one-sided manner, to CAIR’s hypocritical use of the word pluralism, to CAIR shutting down her movie and also a bit of history. Her blog is the best place to know the timeline, also she has shared some of the stories I’ll link to bellow.

But before moving on, let me state here how much I admire Ophelia Benson for her work. I complained (and I was right) about western liberals who are more concerned with their own inner political climate when it comes to Islam, to not appear racist, more than what they should care about human rights, and lack an international scope – Ophelia Benson is one of the skeptics who’s the opposite of that. She gives voice to the ex-Muslims, covers the issues we face with, has an international scope, and applies the same human rights values to everywhere in the world. Now, moving on.

This is Ayaan Hirsi Ali’s speech which was never delivered. And this is her response to the whole mess.

I loved David Silverman’s open letter about this.

Jason Linkins’s article is very good. He is a genuine liberal, disagreeing with Ali’s views but defending her and not asking for her to be sidelined.

PZ Myers takes down an asinine article on the relationship between Islam and science. Seriously, I’m an atheist and I could defend Islam and its relationship with science much more convincingly.

Jen McCreight’s eulogy to her mother is very moving and well-written.

I so much agree with this: Being called a ‘fundamentalist secularist’ is an insult I would welcome.

These photos from Tehran make it look real good. I appreciate them. Many people are blind to the beautiful side of Tehran, its residents are chief among them. I’m still leaving this city as soon as I can though.

Maryam Namazie informs us that Rayhaneh is to be reportedly executed on Tuesday, which is sad. Please sign the petition if you haven’t.

I SO MUCH agree with this piece by Notung. “Time to retire Godwin’s Law“. In very near future I’ll write my own piece on it too.

Laura Rozen is my favorite journalist when it comes to Middle East and Iran. Read her piece about Araghchi, Iran’s top negotiator.

Sincere Kirabo has a very interesting interview with a Satanist. I’m very influenced by LaVey, and one of my best friends used to be a Satanist, so none of this is actually news to me, but very good interview.

Ian Crouch of New Yorker explains why Colbert will be successful as Letterman’s replacement.

Infidel753 has a very important piece with which I completely agree, and I’m also mentioned it, woohoo!

Dan Fincke writes yet another fantastic article. “Top 10 Tips For Christian Evangelism (From An Atheist)“. Number 2 especially resonated with me.

Feel free to promote your own blog and/or writings below in the comments. Cheers, until next time!

April 13, 2014 An Open Letter To James Croft About How to Criticize Islam
Recent Comments
0 | Leave a Comment
Browse Our Archives
get the latest from
On the Margin of Error
Sign up for our newsletter
POPULAR AT PATHEOS Nonreligious
1

President Trump Demanded A Paternity Test...
Laughing in Disbelief
Related posts from On the Margin of Error