Today I got to reread Joyce Carol Oats’s short story “Curly Red” for maybe the fifth or sixth time, and I was reminded of why I love it. I love how a story can teach us a lot about social issues in a way that reading thousands of blog posts can’t. I’m an Iranian, and this story has been instrumental in teaching me about racism and sexism in the American context. If you haven’t read the story, I strongly recommend it.

It is a story can be read in many ways, but two aspects really catch one’s eyes, which are the issues of racism and sexism that are very evident in the story. One can say that racism is the main theme of the story. A hate crime against a black youth has taken place. The way that people react to this crime is very racist. Let us go through all signs of the racism in the characters of this story:

Our first clue is the setting. The story takes place in Pittsburgh which is very notorious for its history of racism. Basically this city is dominantly conservative, right-wing and Christian, with a history of discrimination. We can see that the blacks and whites are segregated, and they don’t mix in any way. The white and black students in the school strike no friendship in anyway. When the protagonist befriends a black girl they don’t become too close and yet she is taunted for being a “nigger lover”. There are repeatedly feuds between the two races. No black person is on the union. The society on whose foreground the story takes place is certainly not an enlightened, progressive one.

In the story, the culprits and their associates, the brothers and the rest of the family, always marginalize and belittle their victim. The black boy is transformed into and is perceived as “the cultural Other”. This is evident in how they never mention his name but refer to him as “the negro boy”. Jeraldo is a cultivated, successful student but he is linked to “negro drug traffickers” for no reason but the fact that he is black.

The other sign of racism in the story is firstly how the crime is blamed on the other black people initially. A white man will not commit such a crime; it has to be the work of a black man. The mother reacts strongly to the fact that the public sympathizes with the family of the victim, and not with them. Here it shows the blaming mentality which doesn’t accept the same values and emotions for the other race. Jeraldo’s murder is considered manslaughter and not a murder, and the culprits are condemned not harshly enough, and again this shows that the murder of a black person is not as important as the murder of a white one.

Sexism is another important matter in the story. We can see how Lili Rose is marginalized by her brothers. She wishes to be their close friend but she can’t because she’s a girl. She cannot decide if she makes up with her father or not, that is “man’s” decision. A girl is severely abused by her brothers and a lot of it is because of her gender. And again she is blamed, for being sexually active. She needs to be “fixed”. Blame the victim mentality works against women as much as it works against blacks.

Lili Rose is raised and lives in this socially backward, racist and sexist society. However, she learns, because of her moral steadfastness, to rise up against it and go beyond the petite conventions of her time. And that is what makes her great. This story is an inspirational story of resistance and the integrity of self.

Of course, a story isn’t automatically great if it raises important issues – an article or propaganda can tackle important issues as well. “Curly Red” is a masterpiece because of how plausible and lifelike Lili Rose is, and because it brings those issues to life and makes us experience them rather than simply understand them.

May 9, 2014
Dan Fincke Challenges Theists to Study God with Him
Next Post

May 12, 2014 Join Dr. Carrier's Online Course on the Science and Philosophy of Free Will
Recent Comments
0 | Leave a Comment
Browse Our Archives
get the latest from
Nonreligious
Sign up for our newsletter
POPULAR AT PATHEOS Nonreligious
1 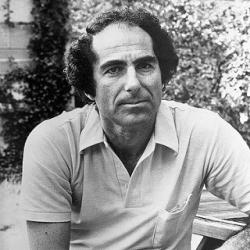