I have come across a sentiment, both from Iranians and non-Iranians, and today I suddenly realized it’s demonstrably false. Usually westerners (and some Iranians) say “Yes, I know a lot of Iranians who are completely different from the regime, they drink alcohol, have sex, etc, they’re very moderate!” And I think that’s false.

I think we need to distinguish between religiosity and being a moderate. Yes, there are many Muslims who drink alcohol, wear no hijab or defy the hijabi norms or wear a lot of make up, who have sex outside marriage, who go to parties and dance to “vulgar” music and shake their asses while doing it. And none of this has anything to do with actually being a moderate. It means that they are loose in following the rules, which may or may not have to do anything with being a moderate.

When you see a guy who flirts with girls and has a girlfriend and has sex with her, you should really ask “But what is his attitude towards women in general”? Like, would he get angry if his sister became someone’s girlfriend? Would he say something like “I will never marry someone like [her girlfriend] because she’s an easy girl?” Or would he allow women to enjoy the same level of sexual liberty, would he find a woman who takes a pro-active role in a relationship a nuisance? Would he catcall and harass women because “it’s obvious from what they wear that they want it?” If he married, would he try to stop his wife from working? Would he say “smoking is bad when women do it” or “woman are not able to drive well?” Now, all of this sexism can be seen in atheists too – what I mean is, a man might be sexist because of religious reasons, he might expect women to follow the rules of religion, and he might expect his son to be more obedient of religion than he is.

Or these people might hate gays, hate atheists, and not in a secular bigotry, they might want some of the religious laws removed but not want secularism, etc etc.

Or they might be outright fundamentalists. I know basiji people who forcefully confiscate alcohol and card games from citizens and then drink it themselves or play with the cards. And if you slightly criticize the regime they’ll happily beat you and if you suggest alcohol should be legal they’ll laugh at you.

On the other hand, people who are very strict in following the laws of religion, who pray five times a day and then at night just to make sure, who wear strict hijab in form of chador and their lips may never touch alcohol, and they might drop a Qur’an verse or a hadith every five minutes, but when you say you’re an atheist they smile at you and engage you in respectful debate, that they support feminist laws and want their women to flourish, and might be even tolerant of gays which is much rarer in my country. I have seen people like that a lot. They are the true moderate Muslims.

Hell, if I want to name top 10 most tolerant Muslims more than half of the list would be clerics.

What I mean is, there’s no useful connection between religiosity and religious tolerance. A deeply devout person might be tolerant or intolerant, a very loose person might be intolerant or even a fundamentalist. What makes a moderate a moderate is their attitude towards other human beings and not their relationship with their (fictional) god.

I won’t mean this to imply that religious traditions, laws, and tenets are not harmful, they are. I will argue against Islam. What I mean is, it’s wrong to judge individual people based on their level of religiosity.

September 8, 2014 First Day of My Ask.fm Account: Questions on Islam
Recent Comments
0 | Leave a Comment
"I like it. so nice.https://bestkid.ir/%d8%a2%d..."
Mariam Why Trump Is a Potential Tyrant: ..."
"yes, you are right.I think so, that.https://bestkid.ir/%d8%aa%d..."
Mariam Iran students face expulsion from Norway ..."
"I use ir.thanks a lothttps://jalebamooz.com/mobi..."
Mariam The Sin of Joy
"Excellent thank youhttps://robeka.ir/"
Robekair Tafrihi The Sin of Joy
Browse Our Archives
get the latest from
Nonreligious
Sign up for our newsletter
POPULAR AT PATHEOS Nonreligious
1 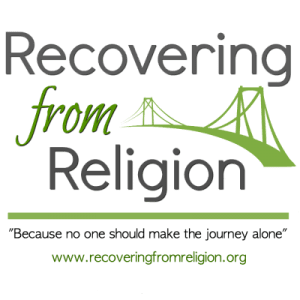 Nonreligious
Check Out My Appearance on Recovering from Religion...
On the Margin of Error 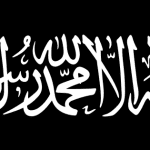