Bill Maher is No Bigot

I’m tired of people accusing Bill Maher of Islamophobia. People usually criticize him for different reasons, like being an asshole (which is part of his charm as a comedian), for being misogynistic, which is rooted in him holding up some misogynist tropes but ultimately I don’t think those tropes are enough for such a harsh conviction, and for lacking nuance and sometimes lacking knowledge, which is true. I don’t agree with Bill Maher on lot of issues. I think his analysis of Israel is too one-sided and he believes the Israeli side of the story too much, I believe he is too pacifistic, (which I’m sure comes as a surprise to his critics who want to label him a warmonger despite him categorically opposing every war even necessary ones), I believe he is too much of an anti-technology grump, that he is uneducated and anti-GMO and anti-vaccines (valid criticisms), and again, yes, his mannerism could be boosted a lot if he was a bit more nuanced, but ultimately the guy is a man who is worth listening to and he is funny and although he’s wrong on many issues, he is right on some issues that almost everyone gets right, like a genuine belief in freedom of speech rather than “everyone who doesn’t agree 100% with me should be shut up and that’s called activism”. Also pot, I love his attitude towards pot. I ultimately respect the man deeply for thinking for himself and his courage to speak the truth even if he gets truth wrong from time to time and for his courage to say it even if that makes him come off as brash and assholish. 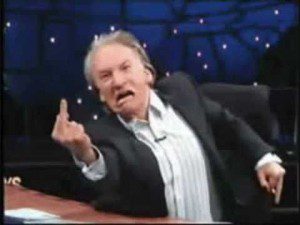 I’m going to assume that you agree that criticizing Islam is not the same as being bigotted against Muslims. I have already discussed this both in this letter to James Croft and in this guestpost for Dan Fincke. You can criticize Islam as an ideology, but if you use that criticism as means to discrimination, you have used that ideology in a racist way. So the question is, has Maher ever said anything that encourages discrimination, rather than simply criticizing the faith?

(1) Islam is worse, not all religions are equal. = This is what I have been arguing for constantly as well. Now as far as I know, Maher is not really educated much about the contents of Qur’an and the theology of Islam, but that doesn’t mean he is wrong, or that he has no right to talk about this. Maher seems to focus mainly on the social status of Islam and Muslim countries, saying that “Yeah Christianity used to be worse but Islam now is worse”, so I conclude that he is talking about the political influence of Islam on our world today. He’s right. And even if he weren’t, that still wouldn’t make him a bigot. Being a bigot requires you to hate some people in a group simply because they belong in a group, not criticizing the ideology of that group and acknowledging its effect on people.

As a whole, people show less anger and assume less bigotry when someone says that religion has been a negative influence in the world, but when people single out one religion they are concerned. It’s a valid and honorable concern, but the concern should not automatically translate to conclusion about someone’s bigotry.

(2) Maher says that Muslims in Muslim majority countries are – in general – less tolerant than other people. Again this is both true and not bigotry. Maher isn’t saying Muslims are inherently more likely to be intolerant, just that they are, right now. This is proven by the position our countries are in and by statistics. Americans usually feel no discomfort to acknowledge that the South is roughly speaking in a worse position than the North but they don’t feel it’s racist.

Of course you might argue that other factors than religion have shaped this. You’re right. (Seriously, read the links above, I don’t delve into these because I already have). But even if Maher had said, and he hasn’t, that religion is the only factor involved in the situation right now that would be very absurd, but still not bigotted.

Maher however shows no sign of holding any prejudice against the Muslim minority. Actually he has:

(1) Acknowledged that there are moderate Muslims and has said they aren’t dominant, for example Maher has voiced support for Rouhani, and has said “he has the right message”, he has mentioned Malala Yousafzai as a Muslim with right answers, etc.

(2) He has supported Muslims’ right to ground-zero mosque,

(3) He has opposed almost every war in the region with the exception of drone strikes [and his reasoning is that they would prevent an all-out war],

(5) Has ridiculed the reactions to Muslim community many times.

And when you look at the things his opponents say he has said, he has never said them. I have never once heard him say anything about all Muslims. So what are the signs that he harbors a prejudice against a minority, except that he criticizes Islam and the status of Muslim majority countries?

Many other “controversial” figures on this issue require a more serious discussion, but Maher, in my opinion, is easily shown to be no Islamophobe. 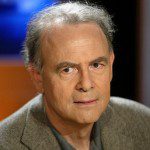 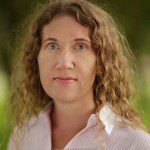 October 15, 2014 Liberty Interview Episode 5: Helen Dale
Recent Comments
0 | Leave a Comment
"I like it. so nice.https://bestkid.ir/%d8%a2%d..."
Mariam Why Trump Is a Potential Tyrant: ..."
"yes, you are right.I think so, that.https://bestkid.ir/%d8%aa%d..."
Mariam Iran students face expulsion from Norway ..."
"I use ir.thanks a lothttps://jalebamooz.com/mobi..."
Mariam The Sin of Joy
"Excellent thank youhttps://robeka.ir/"
Robekair Tafrihi The Sin of Joy
Browse Our Archives
get the latest from
Nonreligious
Sign up for our newsletter
POPULAR AT PATHEOS Nonreligious
1