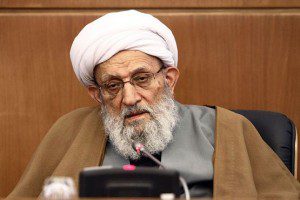 Mohammad-Reza Mahdavi Kani, the Chairman of the Assembly of Experts in charge of appointing the Supreme Leader, who died today, was the face of Iranian conservatives since the victory of 1979 Iranian Revolution. His life, therefore, means much more than him, it shows the tragic and futile fate of traditional conservatism in Iran. A movement which was sidelined in the early phase of the Islamic Republic by the left-winger Ayatollah Khomeini who did not allow them to gain power and dubbed them the followers of the “American Islam”, who came to power briefly after the right-winger supreme leader Khamenei came to power, but then they were swept aside when the left-wingers changed course and became reformists, and challenged them and gained the public support, and a conservative movement torn in many halves by their own in-fighting, which led to the rise of Ahmadinejad and extremists who hijacked the conservative movement.

Mahdavi Kani always wanted to be the “White-beard”. He wanted to be the one who takes the middle ground between the different conservative factions, the mediator, the one who brought all the village together by the merit of his age and wisdom. But Iran’s political climate had long ago passed the point, the white-beards were not useful, and Mahdavi Kani found himself at the end yet again a symbol of traditional conservatives: an old sickly man who should have retired years ago, clinging to elusive power desperately, pretending to be more extremist than he is, but most of all, irrelevant.

Born in 1931, he was a disciple of Ayatollah Khomeini in the religious school of Qom, and a major figure in the revolution since its beginning. He entered power as soon as the revolutionaries deposed the Shah’s regime, and from that point he represented the traditional conservatives of Iranian politics. During Khomeini’s time, he was the chairman of Revolutionary Committees, an important body charged with disarming the people and collecting the arms which had fallen to their hand and creating the new military, the Minister of Interior, and the acting Prime Minister when Iran’s second President was assassinated alongside his Prime Minister. He was a major figure in shaping the new regime.

But soon the revolutionaries witnessed a drift among themselves. The traditional conservatives were a specific group. Their power had two wings, the clergy and the bazaar. Like the American Republicans they were socially conservative because they wanted to appease the clergy, and they supported the free market in order to appease the wealthy class of the bazaar. The clergy were sponsored by the merchants, it was a match made in heaven. By contrast the left wingers supported a more socialist economy, one with more power at the hands of the government. The traditional conservatives wanted to have close ties with the United States and regarded the Soviet Union as the greater of the two evils. The left-wingers were much more stridently anti-Imperialist. Soon this rift caused a major break. The left-wingers left the Combatant Clergy Association, the most important political party of Islamic Republic clergies, and created the Association of Combatant Clerics. Mahdavi Kani was the chairman of the right-wing clergy Association.

And another conservative association of clergies existed before as well; Society of Seminary Teachers of Qom, although shaped by left-wingers, now meant to represent the more radical of conservatives. The Iranians call these two conservative bodies of clerics “jame’atein”, meaning “the Two Associations”, and Mahdavi Kani led both, he was supposed to be the godfather of all conservatives. 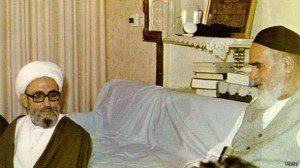 The conservatives were side-lined during the reign of Ayatollah Khomeini. Mahdavi Kani opposed the young left-winger students raiding the embassy, but Khomeini had made his mind: anti-Imperialism was to be the rule of the new regime, and “the Great Satan” was to be America, not the USSR. And the war with Iraq also made the path of the economy completely clear; the country was to be ruled by the socialist Prime Minister Mir-Hossein Mousavi. There was a conservative president in power, Ali Khamenei, who later became the Supreme Leader. But he was made nothing but a figurehead, and against his wish, he was forced to accept Mousavi as his Prime Minister and to watch him enact his own policies.

Khomeini never eliminated the right-wingers among Islamists, a kindness he did not extend towards liberals, communists, the remainders of the previous regime, and his other political rivals whom he eliminated with an iron fist of a tyrant. But the conservatives could never lead the country at his time either.

After Khomeini passed away, one of the conservatives was made the Supreme Leader. The constitution was amended and the post of Prime Minister was abolished, and Hashemi Rafsanjani was the President, a man determined to balance the power between the right-wingers and the left-wingers. The conservatives controlled the Parliament. It seemed it was their time to shine.

But another major event reshaped the power dynamics completely. The left-wingers transformed. They were a bunch of young idealistic revolutionaries, but the realities of running a country changed them. Those who were originally the strident anti-Imperialists, began to support normalization of relationships with the entire world, and chief among them the West and the United States. And they learned about freedom, and began to support liberating social policies: less censorship, less restriction on civil liberties, and free press. They moved from radical socialism to centrism in economics. The left-wingers became the reformists. Association of Combatant Clerics, led by Mehdi Karroubi, was now officially a reformist party.

The conservatives also transformed. Against the previous revolutionaries asking for reform, they became the voice of the establishment.

The conservatives led by Mahdavi Kani were sidelined once again, this time not by a Supreme Leader’s veto, but by popular democratic will of the people. The reformist presidential candidate, Mohammad Khatami, soundly defeated his conservative rival, and two years later the conservatives lost the Parliament to the reformists as well.

And then, during the era of reformists, the traditional conservatives were sidelined in their own movement. The Supreme Leader decided to change his base, from the clergy and the bazaar to a new group of people, the military. During the reign of the reformists, they were limited by the rise of the Revolutionary Guards. And then, Ahmadinejad came to power. He represented a new class of conservatives: populist, fundamentalist, extremely radical and crass, and completely indifferent to the traditional bases of the conservatives. His era created the rise of fundamentalists, who later disavowed Ahmadinejad who had engaged in a power struggle against the Supreme Leader, and the fundamentalists became the face of the conservatism. Also a new group of moderate conservatives were shaped, those who ultimately preferred to ally themselves with the reformists rather than a movement which was coupled with extremism. Many movements were shaped not around ideas but important personalities within the conservative movement.

Mahdavi Kani decided to take on a Quixotic quest to unite the ever divided conservatives. In every presidential election he tried to convince them to agree on a single candidate. In every parliamentary election he tried to unite them on a single list. And he failed every time. The fundamentalist and the moderate conservatives were too ideologically divided, the influence of the Revolutionary Guards too much. The “white-beard” was powerless, his reconciliation efforts nothing but a masquerade. 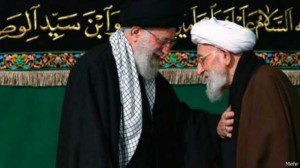 The 2009 elections and the protests that came after it moved many centrist conservatives moved further to the left and became outright reformists. Hashemi Rafsanjani, the arch-nemesis of the reform movement, became one of the major reformist figures. He asked for political prisoners to be freed and he fully supported the protesters. He was the very symbol of the Islamic Republic, but he had been an outspoken opponent of Ahmadinejad and the fundamentalists in the past 8 years, now he had moved beyond that, and he became popular. He had to be eliminated from power. He was at the time the Chairman of the Assembly of Experts. He was removed, and Mahdavi Kani took his place.

Mahdavi Kani lost all his political investment by that move. He had chosen to replace a man who had now moved to the side of the people, he had chosen to be frankly against the protesters and the Green Movement, he had now lost all ability to claim any “white-beard” role, and he did not have any influence over the conservative movement. The Assembly of Experts is supposed to monitor the Supreme Leader, but it never did so, it was only a group of sycophants, and Mahdavi Kani was nothing but the sycophant in chief, irrelevant, insignificant, stuck to power simply because an authoritarian system doesn’t naturally take out the trash.

Nothing exemplifies this more than the previous presidential election. The Two Associations, representing the clergy, supported a candidate called Velayati who placed 5th and garnered only 6% of the votes. Rouhani got 51%, the second was Ghlibaf who was the candidate of the Revolutionary Guard, the 3rd was Jalili who represented the fundamentalists. Their endorsement was nothing but a footnote, because ultimately Velayati himself doesn’t represent the traditional conservatives anymore but the moderate conservatives, and many think many reformists voted for him and his votes could go to Rouhani.

Five months ago Mahdavi Kani went into coma. Since then, Iranians simply asked “Is he dead yet?” The man represented traditional conservatism to his last machine-induced breaths – a dead person kept alive by others, mourned by no one.

Traditional conservatives still hold the Assembly of Experts. They might play a role in deciding the next Supreme Leader. But they will never be a major force in Iranian politics after that. They were the conservatives of a bygone era, and the Iranian society has changed too much to accommodate them anymore. Reformists have moved too far to the left and the conservatives too far to the right, and bazaar is now a minor player in Iran’s economy. Last year the most major bazaar figure of traditional conservatives, Habibollah Asgaroladi, passed away. Now their most important cleric has died. They might have their last card yet in their pockets, but the selection of the next Supreme Leader will be their swan song.

Of course, Mahdavi Kani won’t be there to see it. 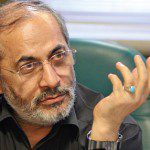 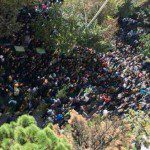 October 22, 2014 Iranians Pour Into Streets to Protest Against Acid Attacks Against Women
Recent Comments
1,301 Comments | Leave a Comment
Browse Our Archives
Follow Us!

A Christian no more. Musician Jonathan...
The Freethinker
Related posts from On the Margin of Error