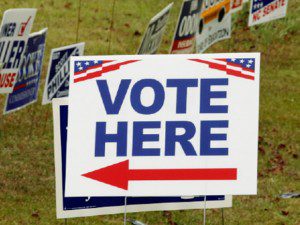 Tomorrow American Midterm elections are held. It seems that in spite of dissatisfaction with the current leadership, the Republicans are going to easily hold the House and also gain the Senate, and based on most reports that I read this is mainly because of gerrymandering and low turn-out. Those who are more likely to vote for Democrats are either unaware of the importance of the mid-terms, or they are disillusioned by the two parties and think they’re all the same and that voting doesn’t change much either.

However, living in Iran in the tyrannical system of the Islamic Republic has taught me that voting always helps and not voting always makes things decidedly worse. Whenever the turn out was high in Iran things moved towards getting better and whenever the turn out was low they moved towards getting worse. Boycotting elections has never made anything better, and Americans need to learn from this international experience and vote.

You have to remember that whatever complaint you have of your elections, they’re pale in comparison to the complaints an Iranian might have. If things like gerrymandering, passing voter ID laws, primaries, etc, it still doesn’t mean that 12 conservative or fundamentalist Islamists hand pick your candidates and that military can use force in small villages and the clergy can use their vast network of mosques to influence the results.

And if you think your system doesn’t allow for rapid and radical change, just remember that in my country the elected officials are always subordinate to unelected ones.

If you feel your political parties are the same, remember no matter the results of an election, the main rulers will remain literally the same.

All this said, we have never benefited from boycotting the votes. From 1997, the first election in which reformists were victorious, there has been a debate among the opposition in every election – some argue we should boycott the elections because they are fake elections, and the other side argues that we should vote because the results – if honored by the regime – could make people’s lives better. Reality has always shown the first group to be wrong.

Iranians took part in presidential elections 1997 and 2001, electing and reelecting Mohammad Khatami, a reformist president. They also took part in the 1999 election, and a reformist parliament came to power. Four years later, in 2003, a vast number of reformist MPs were barred to seek reelection by the Guardian Council. They protested this, staging a strike in the parliament, and then resigning in a group. This protest caused people to be dissatisfied with the current situation, and almost no one participated in the parliamentary elections. This caused the conservatives to take the Parliament. They entirely crippled Khatami’s presidency from that point onward.

Now one can say 1999 – 2003 were the years that reformists were the most powerful. They failed to satisfy people and caused them to become disillusioned and angry. This was wrong, ultimately. Reformists had changed the country for the better. Many of those improvements were reversed, but some of them were irreversible. Iranians underestimated the conservatives and fundamentalists, they overestimated the reformists. They let perfect become the enemy of the good. Now most Iranians remember those years with nostalgia and affection. Now Khatami is one of the most beloved people in Iran.

But in 2005, most people were angry at the reformists for not doing enough and the reformists themselves were divided and the turn out was low. People refused to vote in the first round, and then in the second round, and what was the result? Ahmadinejad. Ahmadinejad was a fundamentalist president with a conservative ruled Iran for eight years. And during those eight years we fully appreciated the previous reformists years. Economy was destroyed, civil liberties were curtailed, Iran came close to the brink of destruction.

Iranians broke the record of voter turn out in 2009. But the regime ignored the real results and announced fake ones. But the high turn out created the social fuel for the protests which take place. If people had not turned out like these, there would be no protests, and therefore no Rouhani four years later. The regime wanted to make elections completely useless, maybe even eliminate the post of presidency for good. In 2013 Rouhani was elected. People debated voting vs not voting to the last day. But ultimately voting proved to be good: Some moderate people got into position of relative power again. (You can read here why Rouhani’s election is so important).

Meanwhile, the parliamentary elections were largely ignored, and conservatives won again and again, and now Rouhani is being slowed down by a hostile parliament.

As you can see, refusing to vote never produced good results for us.

Your midterms affect not only your life, but everyone around the world. Right now the fate of Iranian negotiations rest heavily on tomorrow’s results. You don’t want Republicans to be powerful enough to kill the agreement completely. It will be a complete disaster.

So, do your civic duty and vote. You might be dissatisfied with your system, but doing nothing has never achieved anything. 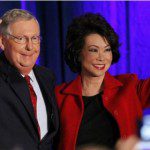 November 6, 2014 GOP Overtake of Senate: What Does It Mean for Iran Negotiations?
Recent Comments
0 | Leave a Comment
Browse Our Archives
get the latest from
On the Margin of Error
Sign up for our newsletter
POPULAR AT PATHEOS Nonreligious
1