iPOS is the only Iranian polling agency (based in USA) which I trust. They correctly predicted all major movements in the 2013 elections. Plus, I know the founder and he is a trustworthy man. Of course the result of this newest poll is not surprising at all to me, but it’s good to have it confirmed.

Based on the current poll conducted by IPOS, Information and Public Opinion Solutions LLC, majority of Iranians support a deal between Iran and the West over Iran’s nuclear issue.

Among those who either support or oppose the deal, 86 percent supports the deal.

In addition, 80 percent of Iranian approves the President Rohani’s administration job in handling the negotiation over Iran’s nuclear activities.

See the bold part? Iranians elected Rouhani to get the nuclear deal done diplomatically, and now 80% approve his administration’s handling of the stuff. In a perfect world that would shut the mouth of hawkish conservatives who want Iran to fight the West because of ideological reasons, and also the opposition members who decry diplomacy and pretend Iranians are on their side. But this is not a perfect world.

November 26, 2014 My Tolerant Moderate Student Is the Reason I'm an Antitheist, Not Fundementalists
Recent Comments
0 | Leave a Comment
"I like it. so nice.https://bestkid.ir/%d8%a2%d..."
Mariam Why Trump Is a Potential Tyrant: ..."
"yes, you are right.I think so, that.https://bestkid.ir/%d8%aa%d..."
Mariam Iran students face expulsion from Norway ..."
"I use ir.thanks a lothttps://jalebamooz.com/mobi..."
Mariam The Sin of Joy
"Excellent thank youhttps://robeka.ir/"
Robekair Tafrihi The Sin of Joy
Browse Our Archives
get the latest from
Nonreligious
Sign up for our newsletter
POPULAR AT PATHEOS Nonreligious
1 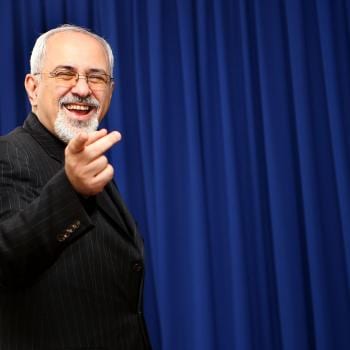 'Bless Every Home:' Personal Evangelism Done Super-Creepy
Recently, the Southern Baptist Convention (SBC) devised a new -- and creepily...
view all Nonreligious blogs
What Are Your Thoughts?leave a comment
Copyright 2008-2021, Patheos. All rights reserved.