In the Wake of Chapel Hill Shooting, Let Us Not Resort to Atheist Tribalism

A family of three young Muslims has been shot dead in their home in a quiet neighbourhood of North Carolina in the US.

Officers were called to reports of gunshots at 5.11pm at an apartment block largely housing academics and young professionals on Summerwalk Circle in Chapel Hill.

This came into the attention of the atheist community because of the identity of the shooter:

A 46-year-old man, named by police as Craig Stephen Hicks, has been arrested on suspicion of three counts of first-degree murder.

Hicks appeared briefly in court Wednesday morning, during which he spoke only to answer that he understood the charges and to confirm an indigency affidavit.

District Judge Marcia Morey said he would be appointed a public defender and held without bond until a 4 March hearing.

Hicks described himself as an atheist on Facebook and posted regular images and text condemning all religions. Police said he handed himself in last night.

So was this man motivated by an irrational hatred against all Muslims and was this a hate crime, as the victims’ father thinks so, or was this as the police seems to suggest over a parking dispute, or maybe a combination of both – maybe his hatred of Muslims ultimately helped him to be driven to violence against the Muslims. It doesn’t matter, and that’s not what I’m planning on discussing. What matter is that we acknowledge that Craig Hicks was “one of us”.

Craig Hicks was a member of my tribe. He was an anti-theist, and so am I. He was particularly vocal against Islam, and so am I. On Facebook I have mutual friends with him. If I had met him yesterday, and he had sent me a friend request, I would have accepted it. Of course, his lack of nuance and his taste for simplified memes would have turned me off, but I have many friends like that. He was “one of us”.

I wish to think that criticism of ideology doesn’t translate into a hatred of people. But it’s a fine line. Hatred of people can easily camouflage itself as hatred of ideas. My posts have been shared and praised by people who are obviously right-wing racists. Was Craig Hicks like that? It doesn’t matter. We need to acknowledge that this blurring of lines is a possible side effect of what we do.

We must refrain from tribalism at this moment. Our first instinct should not be to protect our tribe. When you want to say the shooter today wasn’t a real atheist, or you want to minimize or shrug away his connection to atheism, remember all the times you ridiculed “no true Christian/Muslim” arguments, and don’t make the same mistake. Let us simply condemn the attacks, and expresses solidarity, rather than attempt to defend our tribe instinctively.

Today on Facebook I have seen people who claim Hicks was no real atheist, that he was a Christian or a fake atheists designed to make us look bad.

More subtly, some have said that “atheism is simply a lack of belief in God”. These people have always had a naive self-aggrandizing illusion about their own independence and freedom, but ultimately this too is a cop-out: Craig Hicks was dedicated to his atheism and secularism, he was clearly a very active member of the “atheist community” and no mere random atheist. He was one of us.

I am a reformist. And I define reformism as looking back, looking at ourselves, and trying to see what we can change about ourselves rather than the world outside. I have been always a reformist in my Muslim community – a community I’m a member of and will always be even if they choose to exile me. But tonight, let me speak as an atheist – or anti-theist – reformist.

Whether this case was an example of the anti-Muslim bigotry or not, let us accept that in our justified and necessary campaign against religion as a whole and Islam in particular, that sometimes we might unwittingly provide sanctuary to people who hare not ideas but human beings, and instead of resorting into defensive cliches like “Islam is not a race” or “Islamophobia is meant to shut down criticism”, look for ways to make such things difficult.

I know that you probably have no ill will towards Muslims, but remember, we expect Muslims and other religious people (rightly so) to look at their community critically and do not let it fester hatred. We have the same responsibility towards them and the humanity. We need to be critical of ourselves, be diligent of the possibilities of hatred and bigotry within our own ranks, and if we’re not, we will lose all moral legitimacy when we expect religious people to do so.

Tonight is a good night to remember that, in my opinion, Muslim and ex-Muslim community are ultimately the same community. We might disagree forcefully over the theological and ethical arguments, but I want all Muslims to know: Tonight the ex-Muslims are mourning with you.

February 10, 2015
You Catch More Flies with Shit
Next Post 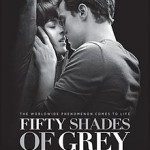 February 13, 2015 50 Shades of Grey: Let It Go
Recent Comments
0 | Leave a Comment
"both sides are corrupted and nobody has the right to tell another how to vote."
Brianna LaPoint Dear Americans: Please Vote Democrat
"That's not what "native informant" means, though..."
ghostbun The Unbearable Toxicity of “Native Informant”
"You have my warmest wishes on your journey to self-realization. Love!"
Kaveh Mousavi My Pronoun is U: My Life ..."
""...if I were a westerner, I’m pretty sure I’d identify as non-binary."This line really hit ..."
Liz My Pronoun is U: My Life ..."
Browse Our Archives
Follow Us!

Christian school expels girl pictured with...
The Freethinker
Related posts from On the Margin of Error