And that’s good. Don’t be boring.

The purpose of this book is to satisfy a specific fantasy. It’s not a textbook. Does it idealize or glorify a relationship which would be considered abusive were it real? Most probably yes. Does that matter? No. Does it condone abuse? No. Works of literature, even smutty low literature like this, are not party lines and PSAs. They don’t condone or condemn anything. Condoning and condemning is the job of propaganda. The purpose of literature is either escapism and entertainment, or a higher understanding through depiction, or both.

Also, you insult people. That’s the most offensive part about your campaigns against 50 Shades of Grey. People are not gullible. People are not play-doh devoid of reason and free will to be shaped by E. L. James. This book will not romanticize abuse for teenagers. Teenagers are not play-doh. They can distinguish between reality and fantasy and junk fantasy just-for-a-quick-masturbation, and most readers of these books are middle aged anyway and teenagers are watching much worse things behind your back and they will turn alright.

What makes you so enlightened that you can read  50 Shades of Grey and understand that it is not an ideal healthy relationship but the rest of us are gullible people who blindly imitate the last book they have read and you need to intervene and save us? Other people can see the obvious too, I’m sorry, please go preach on the corner of Hyde Park.

Now I’m sure many of my readers would say “but there’s already a lot of abuse in the society”. That’s true. But  50 Shades of Grey didn’t create that and it wouldn’t solve it, and it wouldn’t make it worse. If someone has abusive tendencies or is ignorant of abuse they might fail to see this, and if they’re not, they will see it.

There’s nothing worthier in this world but to fight abuse. But at the same time, people need a break and an outlet for their fantasies. We shouldn’t confuse these two things together.

And if all of this doesn’t work, be sure that the more you try to boycott 50 Shades of Grey more people will be curious to see it. Just let it go.

February 12, 2015
In the Wake of Chapel Hill Shooting, Let Us Not Resort to Atheist Tribalism
Next Post 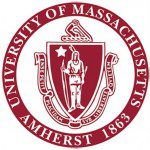 February 15, 2015 Because of Sanctions, UMass Won't Accept Iranian Students in Certain Programs
Recent Comments
0 | Leave a Comment
"I like it. so nice.https://bestkid.ir/%d8%a2%d..."
Mariam Why Trump Is a Potential Tyrant: ..."
"yes, you are right.I think so, that.https://bestkid.ir/%d8%aa%d..."
Mariam Iran students face expulsion from Norway ..."
"I use ir.thanks a lothttps://jalebamooz.com/mobi..."
Mariam The Sin of Joy
"Excellent thank youhttps://robeka.ir/"
Robekair Tafrihi The Sin of Joy
Browse Our Archives
get the latest from
Nonreligious
Sign up for our newsletter
POPULAR AT PATHEOS Nonreligious
1

Beach Reach: What It's Really About
Roll to Disbelieve
Related posts from On the Margin of Error