Right now a conflict is going on in Yemen. After Yemen’s dictator Ali Abdullah Saleh was overthrown in a popular revolution, the sectarian tensions in the region got intense, and Northern Zaydi Shiite rebels called Ansarollah or the Houthis took control of the capital Sanaa and President Abd Rabbuh Mansour Hadi (internationally recognized as legitimate) flee the country and now Saudi Arabia and eight other (Sunni) Arab countries are intervening militarily to remove the Houthis from power, whom they accuse of being a proxy army of Iran, an accusation which the Israeli Prime Minister Benjamin Netanyahu supports.

In this post I want to bring to your attention five facts about the Yemen conflict you might have missed in the uproar of propaganda, and war so that you can have a clearer view of the conflict. 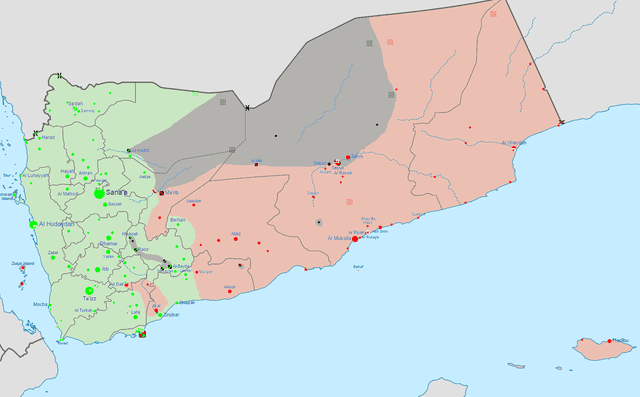 The enemies of the Houthis want to make them appear as a proxy army fighting for Iran. The deposed president Abd Rabbuh Mansour Hadi called them the goons of Iran, and Saudi Arabia considers them as such, and the Prime Minister of Israel Benjamin Netanyahu said that Sanaa is an Arab capital in the occupation of Iran.

Iran’s enemies aren’t the only ones indulging in this exaggeration. I remember when Sanaa fell there were propaganda posters all over the city saying “Revolution goes on”, and the conservative sites were happy. But all of that is exaggeration. Unlike groups like Hezbollah in Lebanon or Mahdi Army in Iraq, the Houthis’ connection with Iran is not as much as advertised. Each group exaggerates the link between Iran and the Houthis for some reason, Hadi wants them to be vilified, Saudi Arabia wants to emphasize their Shiism, Israel wants to demonize Iran, and Iran wants to appear strong. But all is exaggeration nevertheless.

Robert F. Worth writes for NYR:

The Houthis, unlike Hezbollah and other Shiite movements, do not take directions from Tehran, and have received relatively small amounts of aid.

While both Iranians and the Houthis are Shiites, Zaydism is much different from Iran’s Jafari Shiism, and is much closer to the Sunni religion. and as Adam Baron writes for Politico, political independence is an integral part of their ideology:

Notably the group’s foundation was rooted in a reaction to foreign intervention: a key aspect of the Houthis ideology was shoring up Zaidism against the perceived threat of the influence of Saudi-influenced ideologies and a general condemnation of the Yemeni government’s alliance with the United States, which, along with complaints regarding . the government’s corruption and the marginalization of much of the Houthis’ home areas in Saada constituted the group’s key grievances.

2) Saudi Arabia’s Military Intervention Might Prove to Be a Very Bad Decision.

Yemen’s conflict was entirely domestic. But now that Saudi Arabia has decided to make Iran the enemy and to intervene militarily, something they also did in Bahrain, the conflict has escalated in scope and has become regional. And it might further destabilize a country which is not stable at all already, and none of these are pleasant outcomes.

While undoubtedly no one can defend the legitimacy of the Houthis’ actions in overthrowing Hadi’s elected and internationally recognized government, and while it is true that the Houthis were devious and lied and used deception in political talks preceding the coup, still using more escalation doesn’t solve things.

I would argue that the only good reason for the United States to support the Saudi/GCC/Arab intervention in Yemen is to gain situational awareness into their operations and leverage to prevent them from getting more deeply involved. This is one of those situations where the United States needs to restrain its allies for their own good. The long and well-examined history of civil wars offers a clear warning that greater Saudi intervention in Yemen is unlikely to improve the situation and could easily undermine the Kingdom’s own security and stability over the medium to longer term. For Saudi Arabia’s sake and our own, the best thing that we can do is also the hardest: convince them to cash in, rather than double down and bust.

While the extent of Iran’s aid to the Houthis has been exaggerated, Iran has offered financial aid to the Houthis and has had some role in the overthrow of Hadi. It is a very unwise move on Iran’s part. Right now Iran is in the process of reaching a deal with the international community, and generally such adventurism has proven very detrimental to the region and to the Iranian people at home.

Iran doesn’t have enough political clout to pressure the Houthis into being peaceful, but the wise act would be to contribute to the political and diplomatic solutions.

And at home the propaganda machine of the regime has jumped on this issue to support the Houthis and to pretend to the supporters of the regime that Iran is powerful and that the Islamic Republic is being exported. Not only this gives false legitimacy to anti-Iran propaganda from Arab states and Israel, but Iran is getting in bed with another “ally” who won’t give back as much as it takes (for example Hamas), just for internal propaganda purposes.

4) The Real Bad Guy Here Is Al Qaeda, Not the Houthis.

Again, there’s no doubt that the Houthis are a bunch of rebels who want to force the country into their rule and have no legal and moral legitimacy. That said, we must not forget that the main priority must be Al Qaeda and not the Houthis. The Al-Qaeda in the Arabian Peninsula, also called AQAP, also called the Al Qaeda in Yemen, is a very powerful terrorist Islamist group which already controls too much of Yemen and has been responsible for many atrocities, for example the Charlie Hebdo attacks in Paris.

And it seems right now that they stand to benefit the most from the current situation. As Gamal Gasim writes for Aljazeera:

Although al-Qaeda in Yemen is currently downplaying its political response to the Saudi-led military operation because it is targeting a common enemy, the Houthis, they will likely attempt to exploit the destruction of Yemen’s military forces in the future.

5) The Humanitarian Cost of This War Can Be Devastating.

Whenever we talk about a war, we must not forget the humanitarian cost, and it seems this war is going to be devastating, and many have said that Yemen might become another Syria. As Gasim writes (linked above):

In addition to the widespread destruction, there has also been a substantial humanitarian cost in this military operation. Many supporters of the Saudi-led coalition are concerned about the number of civilian deaths resulting from the ongoing military air strikes.

At least 93 civilians were reported to have been killed since March 27 and a further 364 injured in Sanaa, Sada, Dhale, Hudayda and Lahj, among whom were “dozens” killed in an air strike on the al-Mazraq camp for internally displaced persons that was established by the UN in 2009.

At least another 35 were injured in the raid, including 11 children.

The number of civilian casualties is greater in the south as a result of direct military clashes between pro-Hadi tribal and militia forces backed by the Saudi-led coalition and Houthi rebels supported by Saleh loyalists in the Yemeni army.

Charlene Anne writes for another report in Aljazeera in which she reports about a family escaping from the capital and fearing for the future of their country.

The humanitarian cost can only rise if this continues.

You can follow the links to read more in-depth reports. 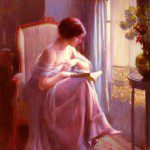 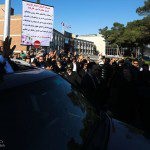 April 5, 2015 10 Ways Recent Nuclear Deal with Iran Is Good News
Recent Comments
0 | Leave a Comment
Browse Our Archives
get the latest from
Nonreligious
Sign up for our newsletter
POPULAR AT PATHEOS Nonreligious
1