I’m Not an Anti-Theist Because It Works

I’m Not an Anti-Theist Because It Works April 2, 2015 Kaveh Mousavi 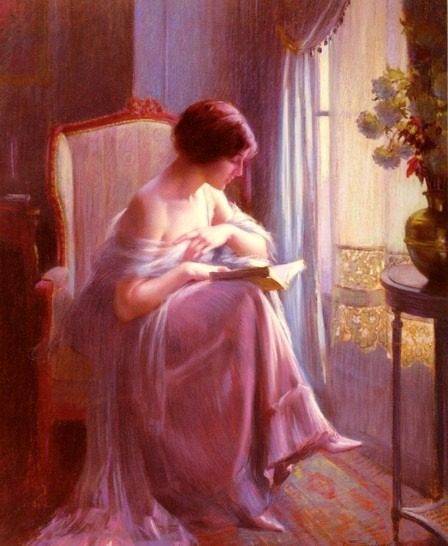 Here on Patheos the debate over anti-theist/firebrand approach and faitheist/accomodationalist approach is still raging on, and now it seems to me that the character of the debate has changed into something else. Now Peter Mosley of Barrierbreaker and on the other side Steve Neumann of Notes Toward a New Chimera and Vlad Chituc of Non Prophet Status are arguing whether anti-theism works or not. Peter says yes, and Steve says no and Vlad finds fault with Peter’s statistics.

This is fundamentally a wrong debate to have, in my opinion.

Ultimately, anti-theism is a position which makes claims about the world we live in. Are those claims true or not true? That is what must be addressed here. I, as an anti-theist, claim that the world would be a better place without religion, that religion, overall, has played a very negative role in human history. That right now we are moving towards a better future with individualism and liberty and equality for marginalized people, but religion is holding us back.

I know that the supporters of the accomodationalist approach believe this is not true, in addition to it not being effective. But I, personally, from where I am, sharing the mentality of myself and people like me, would change their mind about the truth of truth-claims only when presented with arguments that want to prove us wrong.

I have made this argument before. Actually I came up with six reasons to be firebrand even if it doesn’t “work”. My point still stands:

Now if someone believes that firebrand atheism is wrong, all the power to them – argue any way that suits your ideas with anyone. My opinions about religion are very harsh though. I think Abarahamic religions are a very poisonous influence,  tyrannical systems that are inherently tyrannical, I think faith as defined by these ideologies is an evil thing, and I find moderate religious people’s arguments less convincing than any other argument I have come across.

So when I’m talking about religion I have two choices: (1) Be firebrand (2) lie.

I have always valued honesty more than being persuasive. Actually when I take part in a debate, I want to be convinced as much as I want to convince, so my first and last priority is to present the truth as truthfully as I can. I don’t play games with religious people when I engage them in debate, I don’t look at debate as a political tool, I look at it as an arena out of which the truth must come out victorious, and other people have changed my mind in debates more than I care to remember.

Whenever a religious person asks me “does your atheism makes you scared of death”, my answer is “yes, it deeply troubles me and I fear death and more than that loss and grief and also so far I have found other atheists’ ‘comforting’ thoughts about death nauseating and worthy of Facebook inspirational memes”.

I know this will reduce the chance of me deconverting them and also perpetuates one of those “stereotypes” about atheists which those who are more concerned with window-dressing atheism rather than the truth want to combat. I might change my mind in the future. I haven’t yet.

I already understand saying those things out loud doesn’t help me gain much popularity across the world. But when I look back at history none of my intellectual heroes seem to be people who care deeply about what works rather than the truth. Would we have philosophical innovation if we only cared for what is effective? Would Mary Wollstonecraft write A Vindication of the Rights of Women or would Nietzsche write anything or would John Stuart Mill write On Liberty if their main concern was effectiveness at their own time and in limited specialized activism?

Christopher Hitchens is one atheist who’s like that and I admire. He was never afraid of how people would react to him. He wasn’t afraid to alienate anyone. And it would be very strange to claim he didn’t achieve great things in his life.

Undoubtedly, there are situations where anti-theism doesn’t “work”. For example, if you want to combat IS. You need to ally yourself with not only the moderate Muslims (who are our natural allies) but some hardline conservative Muslims too (an unsavory but necessary alliance). If you want to change the world through politics you would have no chance of being elected. If you want to build interfaith networks it might not help.

I’m not an anti-theist if I have to opine on how we should behave in order to change the world, neither I am an accomodationlist. If you have a single approach, you’re already wrong. In every situation you need to decide based on circumstances and what is the wisest course of action in that particular circumstance. Even if the statistics that both side keep pushing is correct and one approach works better in most cases, it still doesn’t work in all cases.

True pragmatism is not being loyal to methods and approaches and to have flexibility to change your methods when things change. A person who’s always diplomatic and one who’s always firebrand is no pragmatist.

So, effectiveness is not a factor I take into consideration when I decide whether I should call myself an anti-theist or not. Truth is the only factor – if anti-theist arguments are reasonable or not. And humanity needs people who value truth beyond all else and are not afraid of being unpopular. Of course if the situation warrants it, and if the outcome justifies it, I’m willing to support diplomatic approaches and all kinds of savory and unsavory alliances, because I’m a pragmatist. I’m a pragmatist anti-theist.

I have made a similar argument you can read here: The Intellectual Mandate to Criticize Progressive Theism 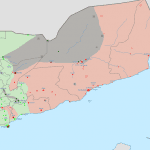 April 2, 2015 5 Important Things to Remember About Yemen Conflict
Recent Comments
0 | Leave a Comment
"I like it. so nice.https://bestkid.ir/%d8%a2%d..."
Mariam Why Trump Is a Potential Tyrant: ..."
"yes, you are right.I think so, that.https://bestkid.ir/%d8%aa%d..."
Mariam Iran students face expulsion from Norway ..."
"I use ir.thanks a lothttps://jalebamooz.com/mobi..."
Mariam The Sin of Joy
"Excellent thank youhttps://robeka.ir/"
Robekair Tafrihi The Sin of Joy
Browse Our Archives
get the latest from
Nonreligious
Sign up for our newsletter
POPULAR AT PATHEOS Nonreligious
1