One of the constant readers of this blog, BeaverTales, asked a question from me on the comment section of this blog. This is it:

Kaveh, you’ve commented previously how important the US/KSA relationship is to stability in the region. Most US freethinkers find the KSA theocracy deplorable for a variety of reasons, and want to help Raif Badawi but are unsure what we can do except get the US government to protest.

Perhaps there is a reason for not doing it….but can you write a column indicating ways the Freethought community can stand together on this issue from the point of view you folks have in Iran as the KSA’s political counterweight? and as a fellow ex-Muslim? Anything that is realistic, pragmatic and actually helpful to Mr. Badawi and family?

I intend to give my own answer to this question. Of course, I’m one person living in a theocracy, and many other people in the exact situation would disagree, but I have tried to be as inclusive as possible. I think these five ways are the best way people living in democracies can help those like us in Saudi Arabia and Iran.

I have said all these things multiple times before, but putting them all in one post is useful. 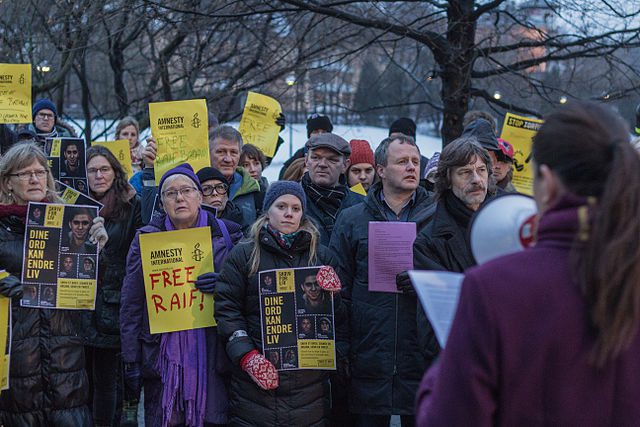 1. Be as much informed as possible.

Middle East, North Africa, South Asia, and similar regions are all very complex. If you don’t like to get into the confusing maze of – for example – Middle Eastern politics, don’t. But then don’t meddle in politics and don’t lend your support to positions either. Most of the positions I hear from Westerners are frankly disastrous.

So, informing yourself is the first important step. Because knowing about the nuances and complexities of our region is the only way to know which policy is the least disastrous.

For example, as an Iranian atheist liberal, I actually don’t want the regime to fall, and because of the complexities of the Iranian regime, I prefer to support reformists within the regime such as President Rouhani. So when it comes to Iran, the intuitive obvious attitude (all regime mullahs are evil and that regime must be destroyed) is false and not supported by the vast majority of pro-democracy human rights activists.

2. Diplomacy with the regimes is very important.

When you look at President Obama shaking hands and kissing people like the King of Saudi Arabia, you might be tempted to think this image is gross and not right. It might be gross, but it is right. The mistake of US foreign policy is not being close to regimes like Saudi Arabia or Egypt or recently amending things with Cuba, the mistake is making enemies of regimes which don’t necessarily have to be enemies, like Iran.

I have argued before why despite Iran’s human rights situation, you should support normalizing relations between the West and Iran. In that article I provide many reasons but they basically boil down to the fact that the environment of hostility with the outside world empowers the radicals who want countries like Iran to be in hostile relations with the West and isolation and economic hardships never improve the quality of life for people suffering under the tyranny.

The goal of diplomacy is to preserve stability and stability is extremely important. It would only help groups like Al Qaeda and IS if there were no stability. I hope this is obvious. Look at Iraq, Syria, Sudan, and Somalia. If you’re concerned with human well-being nothing should concern you more than stability. Regimes like Saudi Arabia and Iran are – if nothing else – the islands of stability in a caustic region and that in itself is enough to value them.

3. Yes, do pressure your governments to pressure countries on human rights.

Of course, King Salman and Ali Khamenei would prefer if Western governments never cared about human rights. They would rather be left alone than to answer for their human rights record. Which is precisely why the most radical elements of those regimes hate diplomacy and non-isolation in the first place.

USA should preserve its alliance with the Saudi Arabia, but this alliance should be balanced. When King Abdullah died I asked people to keep the regional context and stop demonizing him – and with how recklessly Salman has been acting I feel completely vindicated and I miss Abdullah as king dearly – yet some went too far in the other direction, like in UK they raised flags in half mast.

Ultimately being embarrassed by democracies is good for these regimes. These pressures might move them to reform, or it might help with individual cases which get famous and attracts the attention of the global community. If the US government forcefully acts on Raif Badawi’s case, there’s a real chance he might be spared further lashing, and this is something worth fighting for.

Just strike a balance – be friends with these regimes, never threaten them with economic sanctions (as they hurt people more), and don’t get hostile, but at the same time use your influence and ability to force them to better themselves.

I don’t know how accurate it is to call Arab Spring in countries like Egypt “Twitter revolutions”, but I can say with absolute confidence that the 2009 protests in Iran absolutely were “Facebook and Twitter and YouTube revolutions”. As you might have already guessed, the media is heavily censored here, so we rely on internet and social media and illegal satellite receivers to get our news. Therefore internet is not a hobby to us, or something which is not “IRL”.

The repressive regimes are very protective of their “image”. No one goes around saying “I’m a violator of human rights deal with it”, no, they want to pretend that they are actually free. So nothing scares them more than an example of their deviousness storming through social media, making them look bad to citizens around the globe. And this might just move them enough to not do what they are doing, at least in that particular case. Or it might help to use that case to haunt them in the future.

So go ahead and sign that petition and hit that share button. A petition which was signed by a large number of people has already achieved a lot, it has shown public opinion, it has caught the attention of mainstream media, it’s valuable work.

War is a disaster. But you can’t “just leave the region” and never use any military force here. That’s just daydreaming. Even not considering oil (personally whenever someone brings up oil I gear myself to hear bullshit conspiracy theory), a Middle East completely overrun by IS is something which will bite you in the ass anyway. Now obviously all out war is bad, but whether through the drone program or military aid or military advisers or such, you should know that sometimes using lethal force is necessary.

Groups like IS and Al-Qaeda and (sections of) Taliban and Al-Shabab and Boko Haram will not go away peacefully. They have to be destroyed violently. And as long as they exist, Middle East and Africa will see no true stability. It’s true that these groups are the products of instability, but they’re also its most prolific producers.

Balance is the key again. Full militarism of the likes of John McCain and Lindsay Graham is as disastrous as the full pacifism of some people.

Meanwhile, people like me will try to pursue gradual reform from within. So I think when the countries open up to the world, extremist groups are destroyed, and international public opinion mounts, it’s the perfect environment for reform to happen. 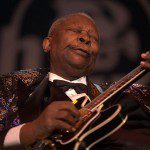 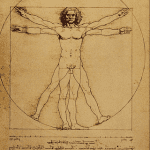 June 16, 2015 The Irregular Symmetry
Recent Comments
0 | Leave a Comment
"I like it. so nice.https://bestkid.ir/%d8%a2%d..."
Mariam Why Trump Is a Potential Tyrant: ..."
"yes, you are right.I think so, that.https://bestkid.ir/%d8%aa%d..."
Mariam Iran students face expulsion from Norway ..."
"I use ir.thanks a lothttps://jalebamooz.com/mobi..."
Mariam The Sin of Joy
"Excellent thank youhttps://robeka.ir/"
Robekair Tafrihi The Sin of Joy
Browse Our Archives
get the latest from
Nonreligious
Sign up for our newsletter
POPULAR AT PATHEOS Nonreligious
1

Russell Moore Wants Authoritarianism, Just Without...
Roll to Disbelieve
Related posts from On the Margin of Error