Scott Alexander of the blog Slate Star Codex has written a post entitled Fearful Symmetry, in which he points out that the narrative of social justice advocates and conservatives are very similar in which both of them claim they are being persecuted and that feeling of persecution justifies them to act out in ways that are not ethical.

The narratives share a surprising number of other similarities. Both, for example, identify their enemy with the spirit of a discredited mid-twentieth century genocidal philosophy of government; fascists on the one side, communists on the other. Both believe they’re fighting a war for their very right to exist, despite the lack of any plausible path to reinstituting slavery or transitioning to a Stalinist dictatorship. Both operate through explosions of outrage at salient media examples of their out-group persecuting their in-group. 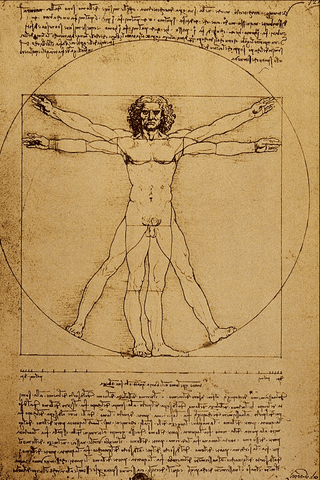 Scott believes that both these claims are greatly exaggerated, and that ultimately if we realize that our feeling of persecution is unwarranted and that we can all engage in a rational discussion and air out our differences:

Getting back to the thesis, my point is there are a lot of social justice arguments I really hate, but which I find myself unintentionally reinventing any time things go really bad for me, or I feel like myself or my friends are being persecuted.

Once events provoke a certain level of hypervigilance in someone – which is very easy and requires only a couple of people being hostile, plus the implication that they there’s much more hostility hidden under the surface – then that person gets in fear for their life and livelihood and starts saying apparently bizarre things: that nobody treats them as a person, that their very right to exist is being challenged. Their increasingly strident rhetoric attracts increasingly strident and personal counter-rhetoric from the other side. […]

If we can get to a point where we don’t feel like requests are part of a giant conspiracy to discredit and silence us, people are sometimes willing to listen. Even me.

I recommend that you read the entire post before reading my reply, it is very well written and also very self-critical, a rare virtue. However, I want to disagree with the content on two fronts, as I believe the equivalency which Scott sees is not true.

First of all, I strongly disagree with Scott that women and LGBT and other oppressed minorities are unjustified in feeling persecuted. The problem of women in the entire world is much worse than “single-digit pay gap which may or may not exist”, or the situation of LGBT people cannot be described as “they’ve won victory after victory after victory and the only question still in the Overton Window is the terms of their enemies’ surrender”. Not only Scott’s view extremely American-centered, and ignores countries where the persecution is much worse, he ignores much of the issues these minorities face in Western democracies themselves, including harassment, negative stereotypes, and other issues.

But that is not what I plan to discuss here. What I want to discuss is the deceptiveness of the “Fearful Symmetry”, and if the discourse of the two sides sound the same, doesn’t mean the reason behind this seeming similarity is the same thing.

Of course, there are instances where Scott is right. The oppressed minorities and social justice advocates can be abusive and dehumanizing in their attitude, they can have repressive and authoritarian positions and beliefs and leanings, they can be censorious. There can be certain spaces and cases in which an oppressed individual effectively silences or oppresses someone from the dominant classes.

In Iran, my country, there’s no doubt that the devout Muslim people are privileged, and secular Muslims and non-Muslims are oppressed. The persecution is so viciously obvious that I’m sure they meet even Scott’s difficult criteria for claiming you’re persecuted. However, I have seen secular people verbally harass women who wear chador (a form of hijab associated with very devout people), and I have heard from one guy that he thinks raping women with chador is permissible, and I have heard from many people that they do not wish to give women a choice but to outright ban hijab. I have seen lots of demeaning rhetoric targeting conservative religious people.

Scott quotes a social justice advocate in his article, and I find someone who openly says wants to create a climate of fear and silence as scary and as unseemly as Scott does. And I also find the attempts to silence debate at universities and destroying the livelihoods of people very repulsive.

All of these are instances are the instances of a generally oppressed class of people persecuting and repressing a generally privileged class of people. And it is wrong, and that’s why the social justice advocates should be vigilant of such practices and call them out and in general do a better job of handling abuse coming from their allies.

That said, there are other explanations why dominant classes like Muslims in Iran and Christians in the USA might feel they are being persecuted, or claim so, and that is not because of how their opponents behave.

When the Islamic Revolution was victorious in Iran, hijab became mandatory. At the time the supporters of hijab went into the streets and said “either wear scarf or we will hit you in the head” (it rhymes in Persian). But you don’t hear that slogan now. Now, the supporters of hijab are saying that a scarfless woman is actually persecuting them, that they have a “right” to walk in the streets without being exposed to the sight of hijabless women, as that would be harmful to them.

While this argument is laughably wrong, it is still interesting that fundamentalist Muslims have changed their language from naked threat to a language concerned with rights. And that is not surprising. Iranian people have moved away from naked threats and deeply care about rights and civil society, therefore now even fundamentalists have to dress their anti-democratic beliefs in a democratic guise.

I’m sure that in a city like Tehran a woman walking and a basiji walking both feel equally oppressed and fearful. And both of them feel afraid. But the woman is afraid of basijis and the police harassing her or taking her away, and at worst lash her, and the basiji is afraid of pulled back scarves and leggings and short coats, which symbolize the fact that Iranian society is moving away from his values. There is no symmetry here, no equivalence.

And yes, Fundamentalists do live in fear. Sometimes that fear is inevitable. In many instances the Fundamentalists are afraid because the world is changing, and while it hasn’t changed yet, and unlike what Scott says victory is not nigh, the change is real, and the end is in sight, and bell is already tolling. The conservative traditional people can see that their world is slowly crumbling away, and that naturally makes them afraid. And that is a good thing.

It is not good because people should live in an atmosphere of fear. It’s good because it is inevitable that when an old world dies, those who like that world will be afraid, because they can see their own obsolete status clearly.

And that is completely different from being afraid because you are in danger of being constantly bullied, harassed, negatively stereotyped, and being systemically discriminated against. The system of discrimination is real, and things like police shootings are the signs of it, and humanity still has a long way to completely get rid of racism, sexism, and other prejudices. But the change is coming, and the world aches when it changes. 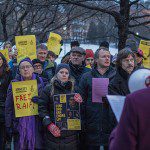 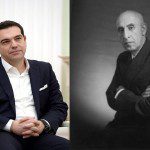 July 5, 2015 Is Alexis Tsipras the Mosaddegh of Our Time?
Recent Comments
0 | Leave a Comment
Browse Our Archives
get the latest from
Nonreligious
Sign up for our newsletter
POPULAR AT PATHEOS Nonreligious
1

Josh Duggar and His Entirely Unsurprising...
Roll to Disbelieve
Related posts from On the Margin of Error