Religious Beliefs of Presidential Candidates Must Be a Factor in Voting for Them October 11, 2015 Kaveh Mousavi

Recently Ben Carson the neurosurgeon and Republican presidential nominee said something which ruffled a lot of feathers. I wanted to blog about the reactions to what he said but I was very busy so I’m blogging about it now that you’ve forgotten about it. But the point I’m making still stands. 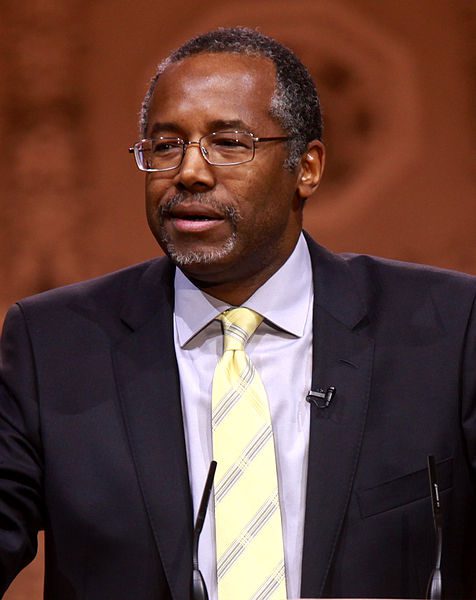 Ben Carson said basically that he would never vote for a Muslim. Of course what he said was taken somehow out of context, and here I quote him in full. He said:

“I’ve worked with Muslims. I’ve trained Muslims. I’ve operated on Muslims. There are a lot of Muslims who are very patriotic. Good Americans and they gladly admit, at least privately, that they don’t accept sharia or the doctrines and they understand that Islam is a system of living and it includes the way that you relate to the government,” he said.

“And you cannot, unless you specifically, deny that portion of Islam be a Muslim in good standing. Now if that is the case, if you are not willing to reject that, then how in the world can you possibly be the president of the United States.”

That’s a feeling that Santorum also voiced in a way:

In the end, I don’t think that’s what [Carson] was saying, because if he was saying that, then I disagree with him because there’s a religious test in the Constitution that says you can’t do that, but what he was saying is, is a devout Muslim who believes in the totality of Islam, which is both a political doctrine and a religious doctrine, which means Sharia Law — can a devout Muslim who believes in Sharia Law, should that person be elected President? Well, the answer is no, they shouldn’t.

That was something almost everyone considered a very terrible thing to say. What Carson and Santorum are saying is that if a Muslim is “devout enough”, they’d never vote for him or her. And depending on what you mean by “devout”, I agree completely. I would also add “devoutly enough” Christians to the same category, which would mean I’d never vote for people like Carson and Santorum because of their Christian beliefs.

But many seem to disagree. They shared this American law as if it goes beyond a law, and it requires one to vote based on it.

The Senators and Representatives before mentioned, and the Members of the several State Legislatures, and all executive and judicial Officers, both of the United States and of the several States, shall be bound by Oath or Affirmation, to support this Constitution; but no religious test shall ever be required as a qualification to any office or public trust under the United States.

That is a beautiful law, the very basis of a truly secular state. However, while the law shouldn’t stop anyone from running for office for any religious reason, the people themselves are free to use their judgment any way they want. There shall be no discrimination in law, but the act of voting is inherently an act of discriminating between choices. And the candidates can be judged by the individual voter by any standard the voter chooses.

“But Kaveh!” I hear you saying, dramatically gesturing with your glass of wine, ruffling within the comfortable confines of your bathrobe, “many things are lawful and yet wrong. Surely, you would not praise a voter who refuses to vote for women or LGBT people or black people?”

No, my elegant friend. That voter would indeed be a bigoted shit. I support their right to practice their civil liberty in their bigoted and shitty ways, yet I would not write a blogpost defending the position. I think when it comes to religion this goes a step further, unlike race and gender and orientation, religion is a factor that a discerning voter should consider deeply before casting their vote. That is, a voter who claims they consider religion a completely private matter and never consider the candidate’s religious beliefs before voting for them, might as well wipe their elegant behinds with the ballot and throw it into the toilet.

There are many things about candidates that are irrelevant to how much good a president they will be, and no one minds wasting all the time discussing them, like how “authentic” a candidate is, whether they like sports, and similar trivial worthless practices in non-thought. A candidate’s deeply held beliefs and philosophy of life, the very foundation of their worldview, their values, and their views about matters like martyrdom and apocalypse, are not among those trivial inconsequential issues.

Which brings us to the definition of “devout”. I have voted for three Muslim clerics in my life – Akbar Hashemi Rafsanjani (2005), Mehdi Karroubi (2005 and 2009), and Hassan Rouhani (2013). Actually in my short life I have voted for no non-cleric person. If I were a bit older I’d have voted for yet another cleric (Mohammad Khatami). I guess being a cleric makes them pretty devout?

Well I’d like to think of “devout” as a spectrum, one one extreme Abu Bakr Al Baghdadi, and on the other extreme the de facto atheists who think God is their kindly grandma. And all of those clerics are closer to grandma-theists than all of their opponents. Rafsanjani was facing Ahmadinejad, a man whose entire domestic and foreign policy was “apocalypse YOOHOO!”. In 2009 Karroubi was questioning things like mandatory hijab. Etc. And  I’d always vote for the least devout candidate among the bunch.

But now you have another objection to make, my beautiful reader. Now, having taken off your bathrobes and gulping down your eighth glass of wine, you say: “But Kaveh, my beautiful, my dearest, aren’t you talking about extremism? I bet extremism is a deal-breaker for all voters but extremists themselves. What you say is not remotely controversial.”

Erm…. no. I’m not talking about extremism. I’m talking about devotion. Ideally, perfectly, engaging in non-committal foreplay with a modest idea of a utopia, I would be able to vote for atheist candidates. In a perfect world I would vote for Alexis Tsipras and he would become the President of the Global Democracy of Terra. And I hate the world for not giving me that option. Fuck you, world.

I think it’s sad that almost all heads of state believe in god. God is a superstition. If I could vote for an atheist whose policies I would like, I would, gladly. I don’t like the fact that Jeremy Corbyn believes in homeopathy. If I were a Briton I’d vote for him, but superstition is not cool, guys.

Religion can potentially influence how you view war, nuclear annihilation, women’s rights, science funding, which countries you think are your enemy, your view on circumcision, and everything else. I’m an anti-theist, because in 99% of the instances the more “devout” position is the shitty position I hate. I always want to reduce the role of religion in our world. That’s why I vote in the first place. 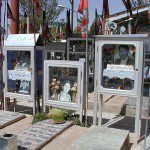 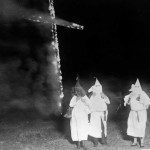 October 13, 2015 3 Ways Hatred and Bigotry Are Not the Same Thing
Recent Comments
0 | Leave a Comment
Browse Our Archives
get the latest from
On the Margin of Error
Sign up for our newsletter
POPULAR AT PATHEOS Nonreligious
1