Why, As an Iranian, I Support Hillary Clinton

Why, As an Iranian, I Support Hillary Clinton February 14, 2016 Kaveh Mousavi 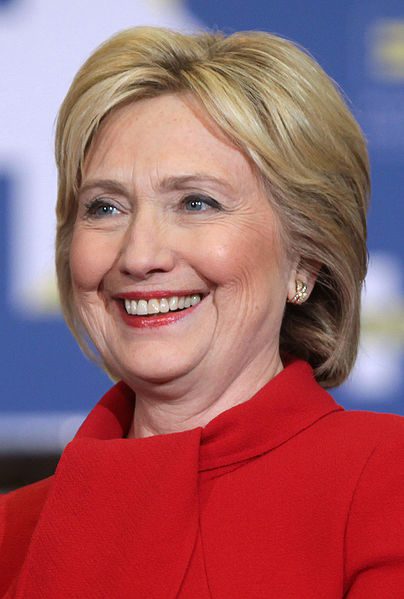 As an Iranian, I cannot vote in USA presidential primaries. It doesn’t mean that I don’t have a horse in the race, of course. The person who becomes the next President of the USA will change my life as much as it changes the life of an American. Such is the reality of not being the world’s only superpower.

Of course, I do think that Clinton is the better nominee. But I’m not here to talk about that tonight. If you’re interested in reading general arguments in favor I recommend reading this article by my dear friend Stephanie Zvan, an article that I found very eloquent and convincing, and also this one by Garrett Meyer.

I’m here to talk about only one issue – which candidate would be better for the cause of improving relations with Iran. And I argue why I think Clinton would be much superior. Even if you think Sanders is the better option, I hope you listen to my arguments here carefully and think about it.

Clinton and Sanders have brought up the issue of Iran repeatedly in their debates. At the surface it might sound that Clinton is taking the rougher stance. For example, she emphasizes her role in creating the sanctions:

I put together the coalition that imposed the sanctions on Iran that got us to the negotiating table to put a lid on their nuclear weapons program.

While this is what Sanders has to say:

Clinton and I disagree is the area of regime change. […] This has gone on 50 or 60 years where the United States has been involved in overthrowing governments. Mossadegh back in 1953. Nobody knows who Mossadegh was, democratically-elected prime minister of Iran. He was overthrown by British and American interests because he threatened oil interests of the British. And as a result of that, the shah of Iran came in, terrible dictator. The result of that, you had the Iranian Revolution coming in, and that is where we are today. Unintended consequences. So I believe as president I will look very carefully about unintended consequences. I will do everything I can to make certain that the United States and our brave men and women in the military do not get bogged down in perpetual warfare in the Middle East.

I’d say there’s some simplistic interpretations of history in the claims of both candidates. I disagree with Clinton that what brought the regime to the negotiation table was primarily the sanctions. I disagree with Sanders that without the 1953 coup Mossadegh would remain in power and the Islamic Revolution would never happen. However, we’re looking at positions here. The next exchange is more illuminating:

SANDERS: But furthermore, what we have got to do, I’m sorry, yes, I do believe that we have got to do everything that we can, and it will not happen tomorrow. But I do hope that in years to come, just as occurred with Cuba, 10, 20 years ago, people would say, reach normalized relations with Cuba. And by the way, I hope we can end the trade embargo with Cuba as well. But the idea that we some day maybe have decent relations with Iran, maybe put pressure on them so they end their support for terrorism around the world, yes, that is something I want to achieve. And I believe that the best way to do that is to be aggressive, to be principled, but to have the goal of trying to improve relations. That’s how you make peace in the world. You sit down and you work with people, you make demands of people, in this case demanding Iran stop the support of international terrorism. (APPLAUSE)

CLINTON: Well, I respectfully disagree. I think we have achieved a great deal with the Iranian nuclear agreement to put a lid on the Iranian nuclear weapons program. That has to be enforced absolutely with consequences for Iran at the slightest deviation from their requirements under the agreement. I do not think we should promise or even look toward normalizing relations because we have a lot of other business to get done with Iran. Yes, they have to stop being the main state sponsor of terrorism. Yes, they have to stop trying to destabilize the Middle East, causing even more chaos. Yes, they’ve got to get out of Syria. They’ve got to quit sponsoring Hezbollah and Hamas. They have got to quit trying to ship rockets into Gaza that can be used against Israel. We have a lot of work to do with Iran before we ever say that they could move toward normalized relations with us. (APPLAUSE)

As I’ve said, Clinton’s lines appear to be taking the tougher stance on Iran. Sanders talks about normalizing, while Clinton delays it into a non-disclosed future and But if you are familiar with the history of Iran-USA relations, and you have been following this issue closely, you’re shaking your head in dismay at Sanders and nodding cheerfully at Clinton. Does that seem weird? Let me explain.

Firstly, Clinton’s rhetoric is closer to President Obama’s, and Secretary of John Kerry’s. On the Iranian side, Foreign Minister Javad Zarif and President Hassan Rouhani are the same. Zarif and Rouhani accept the idea of normalization in abstract (as does Clinton), but postpone it into an unknown future when the other areas of disagreement are also dealt with, like the nuclear deal (as so does Clinton).

This right here should give you pause. If the architects of the most successful diplomatic achievement between the two countries say something in a certain way, they probably have a good reason.

Let’s look at history. The most recent US presidents who have attempted to improve relations with Iran diplomatically are Bill Clinton and Jimmy Carter. They both failed. Not because of bad intentions, but because of lack of information.

Read, for example, Gary Sick’s All Fall Down, or. Both books reveal a Carter administration which was completely shocked by the revolution, knew almost nothing about the revolutionaries, and acted completely passively when it came to the events. The disaster which got the two countries into this level of enmity could have been prevented. It could have been prevented if the revolutionaries in Iran were not so naive and uninformed and ideologically enthusiastic, but if the Americans knew what they were doing, it would have helped too.

Bill Clinton wanted to normalize relations with Iran. He really really wanted that. But he could not do it. He was too eager. And his over-eagerness caused him to ignore the delicacy of the question in Iran, and he would have endangered reformists who shared his goal if he had succeeded to push through.

In a famous episode, Bill Clinton wanted to “run into” President Khatami “accidentally” and shake his hands for a photo. Khatami had to hide in a toilet to avoid Clinton. In the same UN meeting, Madeline Albright could not tell the difference between Sadegh Kharazi (Foreign Minister) and Javad Zarif (envoy to the UN).

Obama on the other hand has shown to be very informed on Iran. This of course is not about Obama himself, but his circle of advisers, and he his administration shown again and again how they consider all the nuances and complexities of dealing with Iran and how you can work with a refomist moderate administration inside Iran to work things out diplomatically. Without this nuanced understanding, probably the nuclear deal would not succeed.

It was the same circle of advisers for Clinton who largely went on to work for Kerry who were really knowledgeable about Iran and their deep knowledge and expertise made the deal possible. A famous example is Jake Sullivan, someone really close to Clinton who went on to play a major role in the negotiations. I want the next president to continue what Obama is doing. Clinton would do that. But Sanders hasn’t made it clear if his knowledge about foreign policy is deep.

It was Secretary of State Hillary Clinton who laid the ground-work of the deal which later came to fruition during the time of her successor. She was the one who oversaw the secret negotiations in Oman. You cannot deny her role in that.

More importantly, she is more likely than Sanders to hire the same circle of advisers. Actually, she has: Jake Sullivan is the top foreign policy adviser of her campaign right now. She has a vast and deep pool of foreign policy advisers, and she has shown to base her public statements on careful diplomatic considerations.

Sanders on the other hand doesn’t seem to be very knowledgeable about foreign policy himself, which is not bad per se, but he has shown no willingness to hire good advisers and to base his statements on careful diplomatic advice. What he says sounds good, but if you look at how it will play out in the complex web of international diplomacy, it’s mostly naive.

Remember, before Obama could announce the normalization of relations with Cuba, they had years of secret negotiations. And in all the regime was uniformly behind the reconciliation, while in Iran very powerful people will do everything to derail that. Normalization of relations with Iran has many enemies and it is much more complex than Cuba. Therefore, you shouldn’t rush into it.

In the entire modern history no president has had a foreign policy as correct as President Obama. And Clinton played a huge role in that. Obama learned from past mistakes and took a great step forward. I’m certain Clinton will continue on the same path as Obama.

But Sanders might be a mixture of Bill Clinton’s over-eager attitude and Carter’s lack of understanding and therefore wreck things up.

Or, maybe not. Maybe Sanders will turn to experienced advisers and will pursue a logical foreign policy.

But it’s a certain thing for Clinton, and an unsure thing for Sanders. Sanders is a serious candidate now – he has tied in Iowa and won in New Hampshire handily, capturing more demographics than expected. But he continues to sound like an activist and not a politician. He continues to be a mystery when it comes to foreign policy and how he will actually handle it. But looking at Clinton’s policies and circle of advisers we can be certain about the path she will take. And that it’s a good one.

Isn’t that enough to see who’s the more suitable candidate for the job?

January 20, 2016
60% of Candidates Barred From Iranian Parliamentary Elections
Next Post 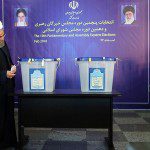 February 29, 2016 Why The 2016 Iranian Elections Were a Resounding Victory for Reformists
Recent Comments
0 | Leave a Comment
Browse Our Archives
get the latest from
Nonreligious
Sign up for our newsletter
POPULAR AT PATHEOS Nonreligious
1