Kaveh’s Answers to Ten Questions For Every Atheist 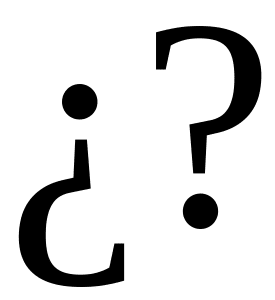 The website Today Christian posted a series of questions for every atheist. These are questions that “Atheist Cannot Truly and Honestly REALLY Answer!” And I have seen a great number of atheist bloggers answering them recently, including Trav Mamone, Mith Barnes, Godless Mom, Ubi Dubium, Deacon Duncan, Leo Tarvi, and others. I thought that my answers might be interesting too, why not, so here are my answers. I may not have answered them truly and REALLY, but I have answered them honestly.

1. How Did You Become an Atheist?

I read the Qur’an. I found the book morally horrendous. After I left Islam, it was clear to me that the idea of God is superstitious and irrational, so I became an atheist. Longer version here.

2. What happens when we die?

Your brain and heart stop functioning, you become a corpse, your corpse is decomposed, if it’s not somehow preserved. You lose consciousness and there is no life after death. Have you ever undergone surgery where they put you out? Like that, but you never wake up.

Then I will voluntarily go to Hell. The Christian God is morally abhorrent, even if He exists. I will join Lucifer. And as Milton once said (and I’m sure he wouldn’t be happy about me using his poetry like this but it’s not public domain, so suck it up): Better to reign in Hell than to serve in Heaven.

4. Without God, where do you get your morality from?

Logical reasoning. Many other atheists will wave the flag of bullshit concepts such as empathy and conscience, but to me the only real guide to morality is cold and impassioned reasoning, and to see what reduces harm. Whatever causes no harm is morally neutral, whatever causes harm is immoral, and whatever reduces harm is moral. Of course, determining that is very complex and difficult, but it’s the only firm ground we as humans can stand on.

You know what is not a good source for morality though? A book filled with approvals of genocide, rape, slavery, and obedience to a nonexistent God.

5. If there is no God, can we do what we want? Are we free to murder and rape? While good deeds are unrewarded?

Well, depends on what you mean by free. In most of the world there is rule of law, and they prohibit all or most forms of murder and rape, so, no, you are not free to do that. Or you are, if you can get away with it.

But I have a feeling this question of being free is not about that meaning of freedom – are we morally free to murder and rape? Well, no. It’s very easy to show why murder and rape are wrong for the goal of continued happiness of the individual and humanity as a whole.

Of course, many religious traditions have embraced both rape and murder, from excusing marital rape, blaming rape on victims, to calling for murder of unbelievers or apostates, and the list goes on. So, I’m genuinely worried over murder and rape perpetuated by God, not the ones He allegedly prevents.

6. If there is no god, how does your life have any meaning?

It doesn’t. My life doesn’t have a meaning. Meaning is a bullshit concept. I’m not a word or a traffic symbol. I’m a living organism. I don’t need a meaning. I’m a meaningless thing living in another meaningless thing. This isn’t a bleak fact. It’s just a fact.

7. Where did the universe come from?

I have no idea. I’m not a scientist. I guess big bang theory might explain a lot of things, but I don’t understand it well enough to know if it adequately answers that question. Also, I really don’t care. My interest in universe declines before the Renaissance, and completely fades before Hellenistic times.

There are no miracles. They’re mistaken or lying.

9. What’s your view of Dawkins, Hitchens and Harris?

I like Hitchens a lot. He was a brave writer. Dawkins is flawed, but alright. Not a fan of Harris.

10.   If there is no God, then why does every society have a religion?

Every society has racism, sexism, and other authoritarian tendencies. The world is still not dominated by correct values. Also, if you study the history, you will see all societies believed in different versions of superstitions you too don’t believe in. 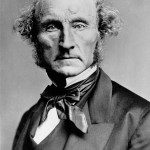 March 25, 2016
Why Freedom of Speech Should Go Beyond Government
Next Post

March 31, 2016 Iranian Extremist Ultra-Conservative Agrees with Donald Trump
Recent Comments
0 | Leave a Comment
"I like it. so nice.https://bestkid.ir/%d8%a2%d..."
Mariam Why Trump Is a Potential Tyrant: ..."
"yes, you are right.I think so, that.https://bestkid.ir/%d8%aa%d..."
Mariam Iran students face expulsion from Norway ..."
"I use ir.thanks a lothttps://jalebamooz.com/mobi..."
Mariam The Sin of Joy
"Excellent thank youhttps://robeka.ir/"
Robekair Tafrihi The Sin of Joy
Browse Our Archives
get the latest from
Nonreligious
Sign up for our newsletter
POPULAR AT PATHEOS Nonreligious
1

“First Moments in Heaven” — When...
Godzooks: The Faith in Facts Blog
Related posts from On the Margin of Error