Atheists Should Not Ignore the Bigotry of TJ Kirk

Atheists Should Not Ignore the Bigotry of TJ Kirk July 6, 2016 Kaveh Mousavi 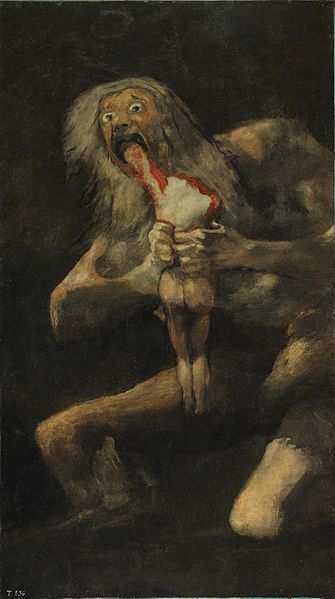 The first time I ran across TJ Kirk, or Terroja Lee Kincaid, or TheAmazingAtheist, (the dude has as many names as Gandalf), he was recommended to me by YouTube. I watched his video, and it wasn’t one of his misogynistic or racist videos, it was one of his videos ranting against religion, creationists of some sort. I hated the video and decided to never watch him again. I didn’t know it was possible to strawman creationists, and his mockery was not a mockery of ideas, but people, and it was so nasty and so much like a bully relishing in his perceived superiority that I barely could stomach the video to the end.

In my opinion, there’s no worth to someone like Kirk, even if he was not a raging misogynist racist. His ideas are derivative and shallow at the same time, like the excrement of a food that was half-chewed, so he doesn’t have anything intellectual to contribute or a new perspective to provide, and his only appeal to his fans is the vapid sense of superiority, the illusion that they are skeptics and reasonable, and in that way, he is the atheist equivalent of a televangelist, preaching to the choir for the emotional uplift and nothing more.

But I would be happy to ignore low-brow atheist content aiming at the lowest common denominator of our movement, if Kirk did not use his platform to spew racist and misogynistic poison. But he does. You should only look at his page at RationalWiki to see that it is so. You should only remember that he told a woman “I think we should give the guy who raped you a medal. I hope you fucking drown in rape semen, you ugly, mean-spirited cow”, that he once told to woman “You’re lucky it wasn’t me [whose advances you rejected]. I’d have busted your fucking nose and raped you.”

As for his racism, you should look at his recent spat with Martin Hughes, my friend and colleague here at Patheos, who called him out for a racist video, and trying to disprove his racism, he only dug himself deeper into racist assertions. You can read his articles here, here, here, and here. You can also check out his appearance at my favorite atheist podcast, the Naked Diner.

Now, among my friends, there was some debate about whether or not we should pay attention to Kirk, maybe if we talk about him, it would give him a boost, and if you wrestle with a pig in mud, he’d only enjoy it, such arguments. But I personally find the argument of Chris Hall persuasive:

I think that a lot of us have screwed up by treating Kirk as an annoying, disgusting crackpot who could be benignly ignored. He can’t, any more than Donald Trump can be ignored as a serious candidate. Just as a Trump presidency could kill democracy in the United States, TJ Kirk and his ilk could kill atheism. There are already large numbers of people — especially people of color, queer, women, and non-binary people — who avoid organized atheism because we regularly allow people like Kirk to thrive. It breaks my heart, for example, that the brilliant trans blogger Kat Blaquehas said that she avoids atheist communities because they’re too toxic.  It breaks my heart in part because I know that it is absolutely true. I know also, that there are countless others just like Kat Blaque who would say the same thing. The fact that we have thousands of people who are just fine with losing the contributions of Kat Blaque and people like her is the part that makes me feel despondent about the future of organized atheism. We cannot survive becoming irrelevant.

Kirk is a famous and extremely popular person. He is a face of the atheist movement. Atheist movement cannot and should not ignore him. We should all condemn him, so that we show that we are not like him. And this is me doing my own part:

TheAmazingAtheist is a racist, a misogynist, and he does not represent my values as an atheist, and I condemn him thoroughly. 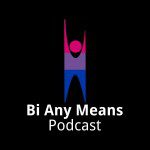 June 24, 2016
Check My Podcast Appearance at Bi Any Means
Next Post

July 18, 2016 A Quranist Muslim and an Iranian Atheist Walk Into Patheos....
Recent Comments
0 | Leave a Comment
"I like it. so nice.https://bestkid.ir/%d8%a2%d..."
Mariam Why Trump Is a Potential Tyrant: ..."
"yes, you are right.I think so, that.https://bestkid.ir/%d8%aa%d..."
Mariam Iran students face expulsion from Norway ..."
"I use ir.thanks a lothttps://jalebamooz.com/mobi..."
Mariam The Sin of Joy
"Excellent thank youhttps://robeka.ir/"
Robekair Tafrihi The Sin of Joy
Browse Our Archives
get the latest from
Nonreligious
Sign up for our newsletter
POPULAR AT PATHEOS Nonreligious
1