US Politicians Should Stop Embracing the Authoritarian Terrorist Group, MEK 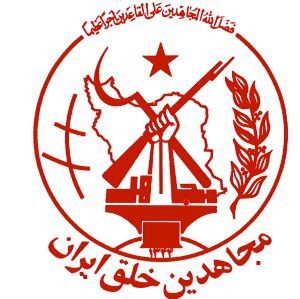 What do Americans hate the most? It seems to be Islamic terror group and armed Marxists. The Islamists are the focus of the war on terror now and generally considered the greatest threat to US’s interests, and communists were the big enemy during the Cold War. Also, Saddam Hussein seems to be a great enemy of the US, considering how they went to two wars afgainst him. Then why, one really needs to ask, US politicians who frequently warn against the dangers of Islamic and leftist extremism, endorse an authoritarian terrorist group that are Islamist and leftist militants at the same time, and fought loyally for Saddam Hussein?

Their recent rally in Paris attracted a lot of attention because of the presence of Turki bin Faisal:

The attendance of Prince Turki bin Faisal Al Saud at the July 9 rally backed by the Iranian opposition group People’s Mujahedeen of Iran (MEK, or Mujahedeen-e-Khalq) has angered many Iranian officials and media. The rally in Paris is typically condemned by Iran, given the group’s history of carrying out attacks against the Islamic Republic. However, the attendance and speech of Faisal, who is part of the Saudi royal family and was head of Saudi intelligence for over two decades, has brought charges by Iranian officials of Saudi material support for terrorism against Iran.

But Saudi Arabia is a theocratic and repressive regime and has defined itself as the main enemy of Iran. It’s much more offensive when the officials of democratic countries who want to pretend they support human rights endorse this group. Newt Gingrich also participated, a former Speaker of the House who could have been the nominee for Vice President for the Republican party. John Bolton was there. Even worse, Howard Dean was there — a so called progressive icon.

I’m talking about MEK of course. Their name means People’s Mujahedin of Iran. This group has an ideology which mixes radical Islamism and radical leftism. They torture and kidnap their own members to force them to remain and not leave the group. They work in absolute secrecy and have zero transparency. They engage in a Stalinist-level cult of personality for their leaders. They have engaged in many political assassinations and terrorist bombings, one of which killed a group of American citizens.

Their media is complete lies, propaganda which rivals the Nazi’s. Not only it’s cult of the personality, it spreads completely fabricated lies. During 2009 protests, they claimed people were demanding for the leader of the group to become the president of Iran, and on and on with lie after lie. These lies are so blatant only their own followers in absolute isolation can believe them. It’s a cult. A cult that mixes Al-Qaeda and the Khmer Rouge.

When Iran-Iraq War was happening, they defected Iran, joined forces with Saddam Hussein, and even helped him oppress the Kurdish people.

For obvious reasons, this group was on the terrorist list of almost all western countries. But in an ill-advised movement, government after government is taking them off the list. They say it’s because they have stopped using violence for years, but that’s not a big surprise — they can’t use violence. Their ideology remains as violent as it was. Everyone knows this is simply a myopic attempt at putting pressure on the Islamic Republic.

But that’s simply wrong. This group is worse than the Islamic Republic. It’s worse than radical extremist and conservative elements of the regime, let alone reformists and moderates. They’re much more authoritarian, theocratic, and repressive than any regime in our entire history.

Human rights activists and liberals, and those who claim to value democracy, should have nothing to do with this group. It must enrage Democrats that the supposed progressive icon Howard Dean endorses this group. 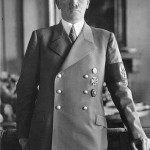 July 25, 2016 And Atheist and a Muslim Discuss Reforming Islam
Recent Comments
0 | Leave a Comment
"I like it. so nice.https://bestkid.ir/%d8%a2%d..."
Mariam Why Trump Is a Potential Tyrant: ..."
"yes, you are right.I think so, that.https://bestkid.ir/%d8%aa%d..."
Mariam Iran students face expulsion from Norway ..."
"I use ir.thanks a lothttps://jalebamooz.com/mobi..."
Mariam The Sin of Joy
"Excellent thank youhttps://robeka.ir/"
Robekair Tafrihi The Sin of Joy
Browse Our Archives
get the latest from
Nonreligious
Sign up for our newsletter
POPULAR AT PATHEOS Nonreligious
1

Deconversion: Brett McCracken Gets It Completely...
Roll to Disbelieve
Related posts from On the Margin of Error