Guest-Post: Modesty Is Not Empowering

This is a guest post from my friend Farah Shah. Farah is an aspiring writer who is based in Canada. She did her bachelors in Sociology, and later specialized in Communications. She has an unbridled love for fashion, and bunnies. This is her Facebook page. 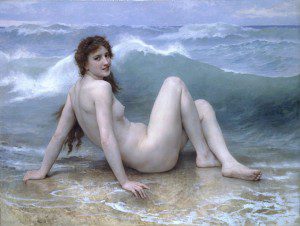 Bullshit. Wrong. Vehemently disagree. It is not my place to tell any woman what to do, what not to do, and that is besides the point here. But modesty is a fucking misogynistic concept at its very core. It reduces the value of women to the state of their hymen, or how much skin they show or do not show. It is the basis of honour killings, and it is the basis of victim blaming and slut-shaming.

Decades of misogyny all revolve around the idea of *modesty*, and control of women’s bodies. If women do at any point find it “empowering”, it’s only when they feel the moral sense of superiority to women who are not “modest”. Which is exactly what the patriarchy wants – to divide women. Empowerment felt because you are better in the eyes of patriarchy than other women is no empowerment at all. It’s flimsy at best.

We can have this talk about modesty being an actually empowering thing when there isn’t a fuck ton of people enforcing modesty on women, to varying degrees, everywhere in the world.

In a world where women’s bodies are so highly stigmatized and made taboo or highly sexualized, nudity on a woman’s own accord, will always be fucking empowering in a way that modesty never can be.

Modesty is not a fucking protest against sexualization of women’s bodies like some think. Modesty is submitting to the idea that women’s bodies can never be separate from the sexualization they receive, so we must always “hide” and “cover”. Modesty, by its very definition, sexualizes women’s bodies. Nudity is the resistance against such an idea, it says: “My body is for me, it’s mine, and I do not give two fucks about how you stigmatize it or demonize it or hyper-sexualize it, I will be nude and do whatever the fuck I want with it! Fuck patriarchy, and fuck patriarchy’s raging hard-ons.”

Being topless in a park still remains one of the most empowering moments of my life, no amount having to hide boobs, and hide cleavage ever did that. 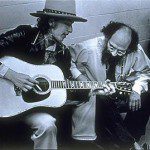 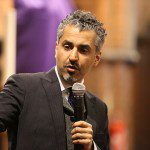 October 28, 2016 Shame on You, Southern Poverty Law Center
Recent Comments
0 | Leave a Comment
"I like it. so nice.https://bestkid.ir/%d8%a2%d..."
Mariam Why Trump Is a Potential Tyrant: ..."
"yes, you are right.I think so, that.https://bestkid.ir/%d8%aa%d..."
Mariam Iran students face expulsion from Norway ..."
"I use ir.thanks a lothttps://jalebamooz.com/mobi..."
Mariam The Sin of Joy
"Excellent thank youhttps://robeka.ir/"
Robekair Tafrihi The Sin of Joy
Browse Our Archives
get the latest from
Nonreligious
Sign up for our newsletter
POPULAR AT PATHEOS Nonreligious
1