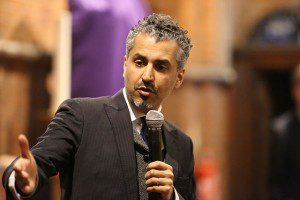 I used to think that SPLC is a respectable organization. Apparently not. It’s a bunch of leftists with no nuance and no understanding of Muslim issues, who are eager to throw ex-Muslims under the bus, eager for appearing “post-colonial” at the cost of being indifferent to the plight of people facing bigotry in Muslim majority countries.

SPLC has published a list of “Anti-Muslim extremists” which includes Maajid Nawaz and Ayan Hirsi Ali among some really awful people like Robert Spencer, David Horowitz, and Pamela Geller.

If only Ali was on this list, one could somehow squint and say they missed the point because of ignorance and lack of nuance. While I firmly believe she is a very important voice that shouldn’t be ignored, and while I think reading her quotes in context would show that when she used to say things like “there are no moderate Muslims” would show that ultimately her positions do not mean to paint all Muslims as bad (she has gotten much better at communicating nuance recently), I could be charitable and consider this an example of poor research.

But there’s no excuse when it comes to Nawaz. This is simply atrocious. This is simply poor arguments, and it simply equates being critical of Islam as being an anti-Muslim “extremist”. Nawaz is a Muslim himself, he is just an honest and ethical reformist who prioritizes reforming Islam over “saving face” for Islam.

What things make Nawaz an extremist?

In the list sent to a top British security official in 2010, headlined “Preventing Terrorism: Where Next for Britain?” Quilliam wrote, “The ideology of non-violent Islamists is broadly the same as that of violent Islamists; they disagree only on tactics.” An official with Scotland Yard’s Muslim Contact Unit told The Guardian that “[t]he list demonises a whole range of groups that in my experience have made valuable contributions to counter-terrorism.”

So, saying that the non-terrorists Islamists also have radical and dangerous authoritarian ideas is now “extremism”? What about women and LGBT people living in those communities? What about ex-Muslims? If SPLC was serious about the values it claims to hold, it would elevate the voice of people like Nawaz to combat bigotry in Muslim communities.

In a Nov. 16, 2013, op-ed in the Daily Mail, Nawaz called for criminalizing the wearing of the veil, or niqab, in many public places, saying: “It is not only reasonable, but our duty to insist individuals remove the veil when they enter identity-sensitive environments such as banks, airports, courts and schools.”

That position is “extremist”? Everyone’s identity gets checked. Now I am as “don’t ban odious things” proponent as a person can get (yes, veil is odious, I’m such an extremist for thinking making women’s bodies a taboo that should be hidden is awful), but surely, it’s very obvious that in those situations people’s identities should be checked?

According to a Jan. 24, 2014, report in The Guardian, Nawaz tweeted out a cartoon of Jesus and Muhammad — despite the fact that many Muslims see it as blasphemous to draw Muhammad. He said that he wanted “to carve out a space to be heard without constantly fearing the blasphemy charge.”

Now, this is what takes the cake. This is what goes beyond the pale. Equating blasphemy with extremism and hate speech? Now people considering things blasphemy makes you an extremist? People getting killed and stabbed for drawing a cartoon, yet tweeting that cartoon in solidarity is extremism? Instead of applauding Nawaz for being a Muslim who values freedom of speech so much that he accepts the ridicule on what he considers holy, you’re calling this man extremist?

SPLC, you went from clueless to crappy to frankly endorsing oppression. Shame on you.

Nawaz, who had described himself as a “feminist,” was “filmed repeatedly trying to touch a naked lap dancer,” according to an April 10, 2015, report in the Daily Mail. The paper apparently got the security film from the owner of a strip club who was incensed by Nawaz’s claims to be a religious Muslim.

How that in anyway is relevant to being an anti-Muslim bigot? Are you just doing a hatchet job now? Also, if you think religious Muslims don’t look at naked women, I have news for you.

This drivel of an article could be easily be written by an Islamist apologist, misusing the tragic fact of anti-Muslim in the West to silence honest criticisms of Islam by mixing internal dissidents with bigots. It’s dishonest silencing when Muslims do it, and it’s the same when this so called “human rights” organization does it.

I have been told that some of you don’t like the term “regressive leftist”. I don’t care. This can only be called regressive left. 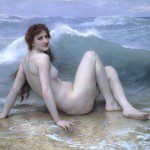 October 28, 2016 Guest-Post: Modesty Goes Beyond the Hijab
Recent Comments
0 | Leave a Comment
Browse Our Archives
get the latest from
Nonreligious
Sign up for our newsletter
POPULAR AT PATHEOS Nonreligious
1