Wear the heck out of that safety pin. 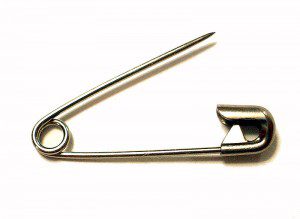 My friend Leo d’Entremont articulates this better than I ever could:

I’m not looking for a bodyguard or a brawling partner. I’m just trying to get an idea of whether the dude sitting next to me at the bar is going to try to break my face or not.”

What’s weird for me is that all of the people shouting now about the “uselessness” of the safety pin were not seen having this kind of outrage about people checking in at Standing Rock on Facebook (and that whole thing was based on a hoax). However, I did partake in it myself and have no regrets because the people at Standing Rock themselves said they appreciated the solidarity. However, they also said it was neither helpful, nor necessary, and that they would appreciate actual donations from people much more. I wish I had the means to donate, but I didn’t. Many people didn’t. So we did the least we could do – checked in at Standing Rock – if only to show we stood with Standing Rock, and that we cared. Signalling can be important, even though it’s not the end all and be all.

Pretty much any action symbolizing solidarity is useless until backed up by actions but people are rather selective about the ones that they go after, and that is what seems curious to me.

We switched to the rainbow flag filter years ago to show support for the LGBT community when gay marriage was legalized in America, we switched to the French flag filter to show support and solidarity with the victims in Paris, we changed our profile pic to a picture of a hoodie when Trayvon Martin was murdered by George Zimmerman. We also wear red poppies and white poppies on Remembrance day. I remember painting my nails pink to show support for Leela Alcorn, the transgender girl, who committed suicide a few years ago. This was a thing that was going on back then. It could not bring Leela Alcorn to life, no, but it sent an important message. It was a heart-warming thing to see in the face of a tragedy. I also remember taking a selfie of myself in red lipstick at the time everyone was taking those to show solidarity with women who had been victims of violence and domestic abuse. And there is more, there will always be more.

And then there is art: Art that confronts society, art that brings social justice issues to light, art that claws the skin of humanity and forces you to look at its bare bones. Some will say it’s just art – it isn’t a concrete action and that it isn’t as effective as “real action”. But history has shown that art makes a difference, again and again. The effectiveness of symbolic things cannot scientifically measured or mathematically calculated. Perhaps, then, the worth of something cannot be simply reduced to the results it creates. The protests going all around America right now will not necessarily force Trump to denounce his presidency – but they’re crucially important, whether or not Trump denounces his presidency. Perhaps, then, it isn’t about the “tangible” results something creates but about the ripple effect.

I am also very wary of how the demand for martyrdom is implied in a lot of the anti-safety pin rhetoric. The idea that people need to put themselves at risk physically or otherwise in order to prove their alliance or commitment to a cause and that if they don’t then the safety pin is a useless thing that needs to be thrown in the garbage. I take issue with that because often times this demand has been thrown at me. I once wrote a poem on Baltimore riots and Black Lives Matter at the time that the Baltimore riots were going on, and there were people who told me that my writing a poem and wanting it to be appreciated was insulting to the protesters in Baltimore who were actually Risking Their Lives. There have been many other instances like this, too many to fit into one article. But anyway, you get the point.

I definitely do think that the push to do something beyond just wearing a safety pin is indeed incredibly important. I sympathize with people’s concerns about how allies might see wearing the safety pin as the end all and be all of the fight against oppression. I do want people to continue pushing allies to do more, be more. But I do think it can be done without necessarily shitting on individuals for wearing the safety pin.

A lot of my perspective on this is also influenced by the fact that I come from a religious minority sect that is savagely persecuted in Pakistan (my birth country). I am from Ahmadi background and there were literally laws in Pakistan that nullified my existence. The extent of how much us Ahmadis are persecuted goes up to the point where anyone who wants their Pakistani passport needs to sign a declaration that the prophet of Ahmadis (Mirza Ghulam Ahmad) is an impostor. And I know that at the time, I would have appreciated nothing more than to have someone signal to me – with the smallest (most insignificant?) of acts – that they did not want me to not exist. But here is the thing: Even someone signaling that with, say, a safety pin could get in big fucking trouble. You couldn’t possibly support Ahmadis out loud or in a visible way. So, forgive me if I refuse to begrudge people for wearing a symbol of solidarity that I so badly wish people could have worn to show support for me, once upon a time, 8 years ago (when I was still in Pakistan).

I understand the concerns about the safety pin being co-opted and monetized, but just about any good thing can be co-opted by right-wingers and monetized in ridiculous ways. I can acknowledge those concerns while also acknowledging that at its very core it is an act of solidarity, nothing more nothing less. I am personally very appreciative of it and my anger towards right wing fucks co-opting it or people monetizing it for their own purposes will not be taken out at those who only mean well. I am a person with intersecting marginalization(s) (Woman of colour, Ahmadi, Muslim background, Ex-Muslim, Working Class, Immigrant) and I absolutely do appreciate it. But fuck the right-wingers trying to co-opt it though.

This whole debacle oddly reminds me of when some LGBT people made a huge deal about anyone who identified as straight using rainbow filters to show support. I’ll tell you what: There are people who were further emboldened to come out to their friends and loved ones when they saw that they switched to that filter. Many people needed to see that. Many people needed it badly.

I am increasingly tired of ally-policing in social justice circles. Especially given that we have far bigger battles to fight right now. There is a bigger fish to fry here, people. If the problem is allies not walking the walk, but just talking the talk, then the problem is not the particular action of wearing safety pins. I find unsettling the idea of demanding transcribed, documented proof of being the “good ally” before justifying taking any action of solidarity. Self-proclaimed “allies” have harmed me as much as they have harmed others, if not more. So, a ton of improvement to be made on their part, no doubt. Make no mistake of course: The people within my own marginalized group(s) have harmed and betrayed me. A pretty recent example is Asra Nomani writing articles about how she voted for Trump to save America from Muslims hurts me in a way I can’t possibly explain. Though thankfully she’s the minority and has been rightfully called out. But trust, in general, is something I find hard to give not only to allies but also to people within my own marginalized group(s). Trust is earned, it has to be earned, be it by an ally or by someone who shares your marginalized identity with you.

The fixation with the safety pin seems rather pedantic and counterproductive to me. To put it into perspective: Hitler 2.0 became president and his election literally threatens the lives of people in very real ways but here we are, quarreling over a safety pin to help us keep distracted. The mind boggles. This is obviously not a new phenomena in social justice circles: The fixation with symbols at a time when people’s actual lives are under threat. The issue isn’t the safety pin, people. The issue is less than helpful allies. It reminds of this quote I once heard, “The left’s idea of a meeting is coming together and pointing the gun inwards”. If our core values align, can we really afford to create divisions over something like safety pins at the time of Trumpacoclypse? I think not.

So here is what I am gonna say: Yes, go ahead, wear the heck out of that safety pin, and write letters to your congressmen demanding for what you want or trying to stop what you don’t want, and make all those calls that you have been planning to make, and donate to Planned Parenthood and Black Lives Matter if you’re in a position to donate, and try and intervene whenever you encounter someone hurling racist slurs or homophobic slurs or transphobic slurs at someone, and try and intervene when you see a woman being sexually harassed, and shout at the top of your lungs that you support and always will support marginalized groups in whatever ways you can. And just keep fighting, keep going, never stop. And while at it: Wear the heck out of that safety pin if you want to. There is absolutely nothing embarrassing or stupid about it. There is absolutely nothing wrong with that. 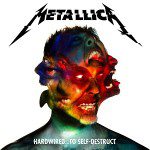 Pastors Upset Over Supreme Court's LGBT...
Dispatches From the Culture Wars
Related posts from On the Margin of Error