Martin Hughes’s Worse Reason for Not Being an Anti-Theist

Martin Hughes’s Worse Reason for Not Being an Anti-Theist December 30, 2016 Kaveh Mousavi 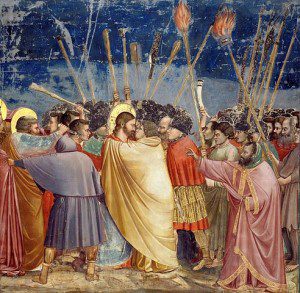 I had a very intense fight with a very dear friend. I felt that I was wronged, and it hit the rawest and the most vulnerable emotional sensitive spot of mine. In the worst episodes of my anger that day, I had some pretty toxic thoughts about her. Those thoughts were incredibly unfair to her as a person, and more importantly, they were sexist. At that moment, they comforted me in my anger, giving me a space to exhaust my frustrations.

When I calmed down, I reviewed my thoughts, and recognized them as being false and harmful, although they had helped me at those stressful moment. I also recognized they were sexist, something I didn’t at the time. My reaction was to come to the conclusion that I — like all people — have some biases built in me, that I need to work on improving myself, and that sometimes everyone lapses into ideologies they were born and raised in.

What I didn’t do was to come to the conclusion that fighting sexism is no longer my priority because some poor men in emotionally distressing times need sexism to cope. No, I realized that — again — I, like all people, can be part of the problem instead of the solution at times.

Martin Hughes came to a different conclusion when he had a rough time in the past month and had to invent a god on the spot to pray to in order to get through those rough times. Instead of saying “I am a person born and raised in a deeply theistic culture, so maybe my mind taking a short cut to a superstition  to deal with crisis is not a commentary on the usefulness of that crisis, but on my biases and how I am a faulty product of a faulty culture”, he decided to go the second route, to deem the superstition “useful” and to not prioritize fighting the harmful idea of God (which he admits to being harmful).

I don’t know about you, but my reaction toward that is some different shades of “not impressed”. God is a social and political issue. To approach the topic in such an emotional, personal, and frankly primitive manner, while paying absolutely no heed to rational, political, and social aspects of this issue is simply disappointing. Such low and vulgar levels of discourse is usually not allowed in other topics, but any breathing space for religious ideas is acceptable, which stems from religious hegemony, which is why I’m an anti-theist in the first place.

I think Hughes wrote his “confessions” mainly to defend against the accusations of arrogance in my previous piece. Unfortunately, I don’t think it makes it any less arrogant. Hughes wrote his original piece in defense of the Christian God, not his own weird god. Basically, Hughes is saying that the erasure of such a harmful concept is not a priority because other people might react like him in the face of hardship. I find that irrelevant to intelligent discourse, and I find the hidden assumption about other people still arrogant. I acknowledge that I was feckless and relapsed into sexism momentarily in the face of harshness, however, I would never assume about other men that it has to happen to them.

Now, right now, I’m sure most of you are saying “but sexism is undoubtedly harmful, while God is not”. Well, I don’t think so. But if you do disagree, then we can have an intelligent discussion on this issue.

Anti-theism is basically a truth claim, and social/political stance. It posits that if you tally up the harms of religion versus the benefits of religion, the first column will have more items in it. If you want to argue against anti-theism, you should disprove that. And I will try my best to counter you.

But any other kind of argument is simply worthless and a waste of time. The fact that Hughes prayed to some god and felt better is irrelevant. The fact that he thinks he can change his position based on such an experience is embarrassing and shows his lack of commitment to tactical thinking and yes, political reform. And the fact that such behaviors don’t illicit strong condemnations even the in alleged skeptic community is also embarrassing.

I didn’t become who I am because I prioritized my own, or other people’s, comfort. I went ahead and tried to think as objectively and as impersonally as possible about things like truth and ethics.

And it’s just cowardly to take a step back and allow a concept like “comfort”, derived from an experience clearly not in the best states of mind, to dictate the answer to such important questions as God and the impact of God on social questions. It’s the very habit a critical thinker must fight in themselves and others.

So, yeah, not impressed.

P.S. Stephanie Zvan and Alex Gabriel have written fantastic articles on this issue as well. 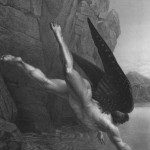 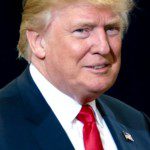 January 3, 2017 To Fight Trump, Weaponize Social Media
Recent Comments
0 | Leave a Comment
Browse Our Archives
get the latest from
Nonreligious
Sign up for our newsletter
POPULAR AT PATHEOS Nonreligious
1

Marjorie Taylor Greene Is Pregnant And...
Laughing in Disbelief
Related posts from On the Margin of Error