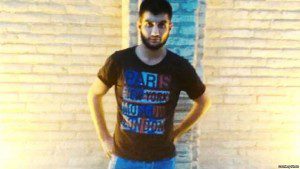 An all too familiar story. Via Radio Farda [in Persian]: According to a number of pro-human rights websites, the Iranian Supreme Court upheld the death sentence of Sina Dehghan, 21 year old prisoner in the city of Arak, for insulting the Prophet Muhammad. He used to insult the prophet in social networks. When he was arrested, he was only 19.

He has said that he has committed an error and that he would repent, and his family was informed that if he repents he will be set free, but that has turned out to be a lie.

I sincerely hope that he is not actually murdered by the regime, but whether it happens or not, it shows the importance of fighting blasphemy laws and not considering that issue anything but what it is: an egregious violation of basic rights of people and an ugly crime that happens in Muslim majority countries all the time.

This is yet another sad reminder about how oppressed ex-Muslims are and how dangerous their situation can potentially be. 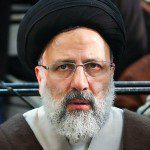 April 6, 2017 Meet Rouhani's Main Rival: Murderous Extremist
Recent Comments
0 | Leave a Comment
Browse Our Archives
get the latest from
Nonreligious
Sign up for our newsletter
POPULAR AT PATHEOS Nonreligious
1

Russell Moore and the Leaked Letters:...
Roll to Disbelieve
Related posts from On the Margin of Error