A few months ago, on Buzzfeed, a website which publishes both entertaining articles and serious journalism, Lawrence Krauss was outed as a sexual predator. This event had many consequences for him. The fallout of that article continues to this day — another victim of his, Cristina Rad, added another testimonial to others on her YouTube channel. 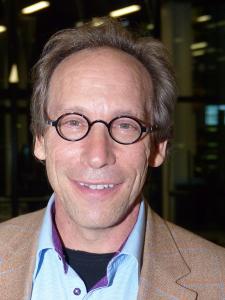 The part of Cristina Rad’s video that I liked, and really appreciated, was the part where she explained what kind of evidence one requires in court when it comes to sexual assault. I encourage you to watch the whole video, but briefly, eyewitness accounts and testimonials are. obviously, considered evidence in these cases.

Those who choose to disbelieve the victims of Lawrence Krauss, or to be silent about it, or to pretend it is a murky and unclear case and act agnostic about it, are not good skeptics. They are, indeed, bad skeptics. Skepticism as a methodology of understanding the world leads us to believe his victims.

Skepticism is, basically, looking at the evidence and allowing it to lead you to conclusions. What evidence we have here? That a number of women, at least five in my count, and a larger number of eyewitnesses, have accused Lawrence Krauss of sexual assault. That is enough evidence to satiate a skeptic. Maybe is there was only one involved, one could somehow withhold judgment out of the possibility of a vengeful liar, but the number of eyewitness accounts leaves no doubt.

It’s extremely disingenuous to call this “not evidence” (as Rad points out in her video). Rad mentions court, but all kinds of skeptical endeavors rely on such accounts. If you were a historian and were writing Krauss’s biography twenty years from now, multiple accounts of his behavior from independent sources would convince you to put the allegations into your book.

If you honestly think this is not good evidence, then you must be prepared to throw away a vast majority of our historical knowledge, a great pool of evidence for social sciences (have you heard of qualitative research?) and also, more importantly, should stop believing the victims of Catholic Church and Roy Moore and Donald Trump — as in those cases we also rely on the accounts of independent sources.

Skepticism is not stubborn doubt: once the evidence is too overwhelming, continuing to demand for more evidence is as much a violation of skepticism as incredulous belief. Try to argue with a denier of Holocaust or other historical atrocities to see a non-atheist example of this. If you keep raising the bar of evidence for something you don’t want to believe, then you are not a good skeptic.

Skepticism is prioritizing evidence above all. If your threshold of belief is lower for your enemies than your allies, if you believe the accusations of Roy Moore’s victims based on testimonials alone but demand nothing short of admission for your own allies, then you are not a good skeptic.

You may invent fantastical scenarios to explain away the evidence. Lawrence Krauss is a brave man who speaks uncomfortable truth and so a shadowy cabal of women has risen to taint his honest name. This is not skepticism, but conspiracy theory. No good skeptic would find solace in implausible but technically possible scenarios to avoid believing what they don’t like.

You would never forgive any of these behaviors if members of other tribes committed them. You would leave thousands of comments calling them bad arguments.

In short, good skepticism requires you to believe the victims of Lawrence Krauss.

Of course, looking at #metoo in all walks of life, undoubtedly other names will soon follow Krauss. The real question is, will we continue to be bad skeptics and disbelieve the evidence? Because this is not merely a matter of bad thinking, but of morality, and personal integrity. If you defend predators, the world will not only remember you as bad skeptics, but as moral failures. 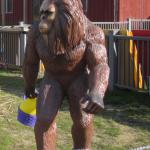 March 21, 2018 Why Believing Krauss's Victims Is Not the Same as Believing Bigfoot
Recent Comments
0 | Leave a Comment
Browse Our Archives
get the latest from
On the Margin of Error
Sign up for our newsletter
POPULAR AT PATHEOS Nonreligious
1