Philip Roth passed away a few days ago. As he had stopped writing since 2010, in a way his death was not a great loss for literature, as his death led to no unwritten novels anyway. Roth had already taken his place in the pantheon of great novelists long before his passing. But still the loss of the flesh and blood person led to many retrospectives on the writer, on his literary merit (one of the greatest), on whether the fact that he didn’t receive a Nobel was an injustice (yes), whether or not he was a self hating Jew or a misogynist (that’s the wrong question to ask). But today I want to look at his legacy from another perspective, of the kind of the writer he was, and why he was an ideal writer in the way that he was a writer. 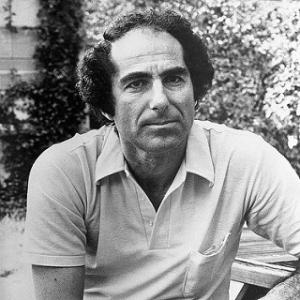 Roth’s devotion to his writing was only of the literary kind. He wasn’t trying to represent his demographic through “narrations”, he didn’t aim to change the world through writing, he didn’t even necessarily have any regards for entertaining the reader. All of those are, of course, valid forms of writing and can lead to literary greatness – to Maya Angelous, George Orwells, Stephen Kings. But equally valid was Roth’s endeavor, to perfect what is not the sole function of literature, but the only one exclusive to it.

A work of literature has an internal truth to it, and Philip Roth was more than anything loyal to this internal truth. This truth is in the internal consistency of the characters, to always follow the internal logic of their characters. It is to never shy away from complexity of any given subject, to never divert your eyes away from the darkness of human soul. If a writer is fearless enough to follow this path of unrelenting truth, they might be able to stumble upon something universal, something that people beyond your age and place can always find empathy within your pages. Philip Roth was such an author. Philip Roth doggedly pursued his characters and never shied away from going where they took them, to see all the contradictions within their worlds. He dealt with many subjects.

He wrote about loss and grief, and the fear of death, and managed to capture the utter darkness of this painful subject with no capitulation to need for consolation. It’s painful to read an unnamed narrator ponder about his death in Everyman (2007) and consequently feel the crushing pressure of your own death, but the most masterful depiction of Rothian grief was in his last novel, Nemesis (2010), about which I have written before, in what might be his bleakest novel, about a teacher who grows to hate God after polio kills many of his students and colleagues. He was not entirely bleak, but extremely touching when he wrote of his own father’s death in Patrimony: A True Story (1991).

He wrote about unfulfilled desires, and when he looked at masculinity, he did not shy away from portraying all its toxicity. He displayed all the anger emanating from it in Portnoy’s Complaint (1969), he displayed the way it can reduce a man to rage and jealousy in The Dying Animal (2001) and culminated in a man masturbating on a grave in Sabbath’s Theater (1995). This unflinching portrayal of toxic masculinity, coupled with a general indifference to female characters, has led many people to call him a misogynistic author. But I believe the world would be lacking without Philip Roth’s honest portrayals of toxic masculinity and unfulfilled desire.

He wrote about his Jewishness. He wrote about it satirically in Goodbye, Columbus (1959) and Portnoy’s Complaint, he wrote about it in its complexity in his reimagining of Anne Frank in The Ghost Writer (1979), but he also captured the horror of facing fascism as a Jewish person in The Plot Against America (2004), and even defensively in what is (in my opinion) one of his lesser novels, Operation Shylock: A Confession (1993).

May 15, 2018
Listen to Me Talk about Iran Deal on Naked Diner Podcast
Next Post 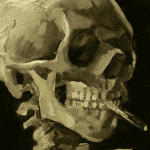 July 3, 2018 Everyone Is Wrong But Me
Recent Comments
0 | Leave a Comment
"Excellent thank youhttps://robeka.ir/"
Robekair Tafrihi The Sin of Joy
"Long time no post. I hope you're safe..."
Raging Bee My Pronoun is U: My Life ..."
"Kaveh, I really miss seeing your posts on facebook. Went looking for you, only to ..."
Matthew Ryan My Pronoun is U: My Life ..."
"If you want to play a game you can install free bubble shooter games if ..."
bubbleshort1 Yes, Khomeini Has Really Endorsed Pedophilia
Browse Our Archives
get the latest from
On the Margin of Error
Sign up for our newsletter
POPULAR AT PATHEOS Nonreligious
1 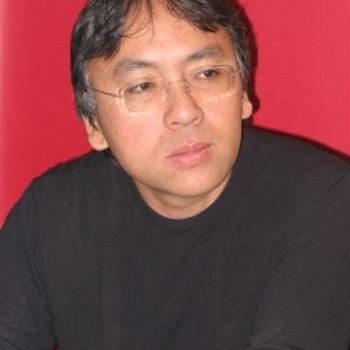 Nonreligious
Kazuo Ishiguro, a Nobel Laureate Who Defies Borders
On the Margin of Error
TRENDING AT PATHEOS Nonreligious