George W. Bush used to be considered a unilateralist. His administration was skeptical of international law and cooperation, and he embarked on a disastrous war in Iraq despite the overall disapproval of the world, including US allies France and Germany. But it seems that Bush’s unilateralism was a child’s play in comparison with Trump’s.

Donald Trump has adopted a much more extreme version of unilateralism, personified in his elevation of the extremist John Bolton, who was the most radical voice in Bush’s administration. Let us count the ways that Trump has taken unilateralism to an extreme:

In rhetoric, he has embraced ideas like “America First” to an extreme degree. While all heads of state naturally prioritize their nation’s interests over others, Trump has taken this principle to the absurd degree of “America over others, America and no one else”. In his campaign he criticized Bush for not taking Iraq’s oil. But, it goes beyond rhetoric.

He has attacked the very concept of international law and its symbols such as ICC and ICJ. While Bush and Obama also failed to ratify ICC, Trump is actively attacking it. Another aspect of his disrespect for international law is the fact that he has violated international norms, such as violating the Iran Deal (JCPOA) despite US’s commitment, and the fact that the deal was codified into law by the UN Security Council, and ICJ’s ruling in favor of Iran in this case.

Trump shuns diplomacy and loves the military. Under his presidency, the US’s State Department is decimated and US pays minimum attention to sending its diplomats to missions and filling ambassadorial positions. Instead, he raises the military budget freely.

Mark Fitzpatrick, the renowned diplomat, and scholar, summarizes this attitude in his recent article for the think tank IISS:

If US President Donald Trump invoked ‘sovereignty’ once in his 25 September speech to the United Nations General Assembly, he invoked it ten times. It was a principle he applied only to the United States, however. All other states, he insisted, must bow to Washington’s demands to end economic relations with Iran, even though most such trade takes place in accordance with the UN-endorsed Joint Comprehensive Plan of Action (JCPOA).

Indeed, the US believes in sovereignty only for itself, while not believing in sovereignty for any nation other than itself. Trump has adopted a language of force and nothing else. Trump, unlike Bush, does not profess any values in his foreign policy, such as spreading democracy and protecting human rights (on the contrary, he professes a great affinity for tyrants). He professes no belief in ideals such as world peace or prosperity. Trump’s foreign policy is naked, amoral foreign policy in its most cynical and vicious iteration: we don’t need or respect anyone because we have raw military power, and we have no values but the basest of our interests and the most naked of powers. If don’t obey us, we will use force.

While there are many forces, people, and movements in US foreign policy which can be safely described as hawkish and unilateralist, no one and nothing can be compared to Trump in the term of degree. Truly, such level of unilateralism is almost unprecedented in US history. No one — Republican or Democrat — has been so radically unilateralist since Woodrow Wilson, and none of the isolationists before Wilson were so nakedly vicious and amoral as Trump.

Maybe there is only one president in US history whose level of amoral unilateralism matches Trump’s, his idol Andrew Jackson. That’s why I believe his foreign policy can be described as “Jacksonian”:

“Jacksonian” is the term Walter Russell Mead coined in his 2002 book Special Providence to reflect a foreign policy tradition that was inward looking, shunned international engagement, but prepared to aggressively defend US national security if the country was threatened. Jacksonians had largely been a rump faction in American political life, periodically emerging as a more potent force during occasional bouts of populist sentiment.

Of course, I believe that Trump’s foreign policy has been too aggressive so far to be called “defensive” in its nature.

Many US analysts have said that Trump’s presidency is a stress-test for US democracy. But it’s also a stress-test for ideals and ideas that have ushered in an era of relevant peace since the end of WWII: Trump is threatening the very existence of the international order.

So far, the international order has fought back. Trump was completely isolated at UN. The world laughed at him, but worse than laughter, admonished him. Trump was verbally pilloried by US’s closest traditional allies such as Theresa May of the UK, Emmanuel Macron of France, Angela Merkel of Germany, and many others for his attacks on UN, Paris Accords, and JCPOA. Even Kuwait condemned the US. The European nations are coming up with mechanisms to help Iran against US sanctions.

I sincerely hope that Trump’s agenda fails and that he is voted out of office in 2020. If Trump is not contained, either the international community will collapse into the anarchy of pre-UN era, or it will move other nations to contain the US, which would signal the beginning of the end of US hegemony in the world. 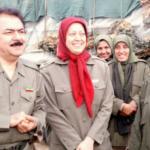 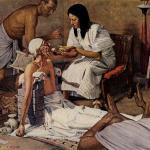 October 12, 2018 Religion Poisons Medicine
Recent Comments
0 | Leave a Comment
Browse Our Archives
get the latest from
On the Margin of Error
Sign up for our newsletter
POPULAR AT PATHEOS Nonreligious
1