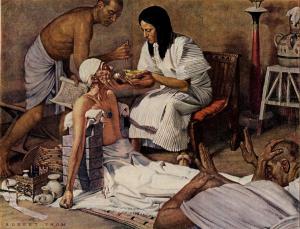 Scene Two: My father is, as I’m writing this, extremely ill, and we all expect him to die soon. He has decided to end his treatments, and we support him in this painful decision. He is in pain and cannot sleep. We bring a doctor home, asking him to write a prescription of sleeping pills and painkillers. The doctor refuses to do so, instead writing a prescription which resumes his treatment. When my father informs him of his wishes, he simply says that life and death are in Allah’s hands. He then talks to me in private. He says it’s true that the treatment is not going to work anymore, but we should consider that there might be a “miracle” and so we shouldn’t stop treatment. I ask him if he has any non-religious reasons for refusing to heed our wishes, and he informs me that religion is superior to science.

Scene Three: A friend of my family’s is encouraging another friend to forgo chemotherapy for her brain tumor and instead focus on vegetarianism and meditation, informing her that chemotherapy itself is killing her. When I am shocked at his irresponsibility, he informs me that he follows some kind of garbage pagan religion and this is one of their core beliefs and that my “shock” is actually bigoted and offensive. I continue to be bigoted toward his garbage religion.

I don’t know if religion poisons everything. It probably does not. But it certainly does poison medicine, and it’s dangerous when doctors fail to erect a high wall between their religious mind and their doctor mind. It then becomes a lethal drug, a tangible harm.

It’s easy for religion to escape scrutiny and accountability as long as it’s an abstract thought discussed in the cleanness of an isolated debate hall in the privileged halls of academia. It’s easy for religion to be deemed harmless as long as it’s entertainment for people who do not take it seriously enough to bet their lives on it. As long as you are following every advice your doctor gives you, then sure, pray, meditate, go on a pilgrimage, have your dose of harmless placebo effect.

But religion is never going to keep the bridges up and it can never truly heal a patient or substitute our current understanding of science, flawed as that might be. It’s fine to sit at your desk and daydream about your ability to fly, but that notion becomes problematic the moment you go on the roof and take an actual leap of faith.

Indeed, what is the harm of any superstition — homeopathy, horoscopes, prayers, gods, alternative medicine, blood letting, chiropractic, etc etc, as long as they are not taken seriously by the privileged few who look at them as entertainment? Nothing, but they become harmful when people begin taking them seriously. 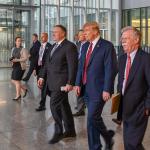 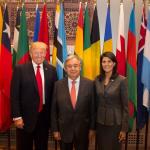 October 16, 2018 Nikki Haley Was No Moderate
Recent Comments
0 | Leave a Comment
"Excellent thank youhttps://robeka.ir/"
Robekair Tafrihi The Sin of Joy
"Long time no post. I hope you're safe..."
Raging Bee My Pronoun is U: My Life ..."
"Kaveh, I really miss seeing your posts on facebook. Went looking for you, only to ..."
Matthew Ryan My Pronoun is U: My Life ..."
"If you want to play a game you can install free bubble shooter games if ..."
bubbleshort1 Yes, Khomeini Has Really Endorsed Pedophilia
Browse Our Archives
get the latest from
On the Margin of Error
Sign up for our newsletter
POPULAR AT PATHEOS Nonreligious
1 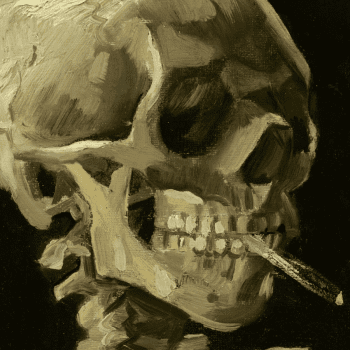