George H. W. Bush, the 41st president and 43rd Vice President of the US, was also the 11th Director of Central Intelligence, a top diplomat to China, and a US Ambassador to the United Nations. This means he was very experienced in foreign policy, and as president, he was very successful in this regard. I don’t know about his economic or domestic policies, maybe he sucked at that, so I won’t say that he was a good president overall, but in foreign policy he was. 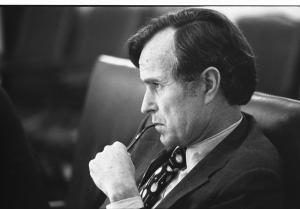 George H. W. Bush was the last Republican president who had a rational foreign policy. In general, his foreign policy was one of restraint and prudence. He showed no rash behavior, no ideological bent, and no destabilizing behavior, preferring diplomacy while at the same time using hard power in limited and smart ways.

The First Gulf War was justified, and we now largely remember it for the fact that Bush didn’t allow it to expand beyond achieving its goal, therefore being one of the few wars that helped stabilize rather than destabilize the region. Iraq was invading Kuwait, and generally showing very aggressive behavior which threatened the region. Without swift action, the whole region would’ve been embroiled in constant war, like it is today.  Of course Iraq should have been contained back when it attacked Iran, but better late than never. Also, there was lots of pressure on Bush to just finish off Saddam, and his restraint to just beat him off Kuwait is commendable. Overall, he is one of the few US presidents who left the Middle East safer and more secure when he left office.

One should also not ignore his role in the aftermath of the Cold War. While it’s laughable when Americans say “Reagan finished the Cold War” or “Reagan won the Cold War”, because firstly it ended after Reagan had left office and secondly because the Cold War ended mostly due to domestic Soviet politics and European conditions, still the management of Bush Sr. played a great role in a smooth transition in the international system, most importantly he played a major role in the international arena for creating an environment suitable for the reunification of Germany.

Another aspect of his successful foreign policy was his handling of the Western world after the fall of the Soviets, where he worked with all kinds of leaders from the conservatives Margaret Thatcher and Helmut Kohl to socialist François Mitterrand and ensured that in the absence of a common enemy the NATO alliance wouldn’t deteriorate. The western alliance is considered a very obvious fact today, but a student of international relations knows that these kinds of systems are extremely fragile and preserving it was no small deed.

I would argue that after WWII George H. W. Bush was the best Republican president in terms of foreign  policy. Eisenhower was actually behind some of the worst trends in foreign policy, as he normalized the intervention of the intelligence apparatus in other nations to overthrow their leaders, and while Nixon had some great accomplishments he had a number of extreme war crimes under his belt. Ford was pretty ineffective, while Reagan pursued a very aggressive foreign policy that did lots of damage, and finally Bush Jr. and Trump both espouse a dangerous unilateralism (Trump’s is much worse), and have been the most disastrous.

Of course, a president’s foreign policy is not the only aspect of his legacy, and I am not saying that he was a great president, as I’m not equipped to make that judgment. Of course, he was also a sexual harasser, so I can say he was not a good human being. 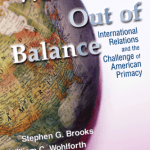 November 29, 2018
Book Review: World Out of Balance
Next Post 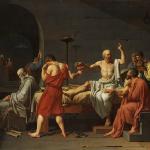 December 13, 2018 Answering Christian Answers' 11 Questions for Atheists
Recent Comments
0 | Leave a Comment
Browse Our Archives
get the latest from
On the Margin of Error
Sign up for our newsletter
POPULAR AT PATHEOS Nonreligious
1