The Departure of Jim Mattis Is Bad News

As I’m sure you’re aware, following President Trump’s decision to pull American troops out of Syria, Jim Mattis, his Defense Secretary, finally threw up his hands and resigned. This is bad news. Mattis was the last and maybe the only Trump cabinet member who was truly a moderating influence and I’m deeply worried to see him go, as I think his departure really increases the likelihood of a war against Iran. 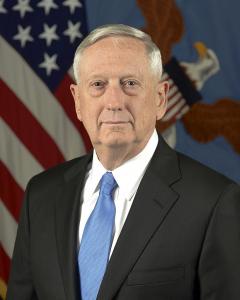 The title of “adult in the room” was bestowed on many Trump appointees, from John Kelly to Nikki Haley, but they didn’t deserve this title. Kelly was as much a hardliner on immigration as Trump, and ultimately unsuccessful in bringing order in the White House. But as I have said before, Mattis was different:

You can compare her with Jim Mattis to see the difference. Now, I’d say Mattis really is an “adult in the room”, and his departure, if the rumors are true, will be quite a tragedy and make things worse. When it comes to Mattis, we have lots of evidence to point to that though, both in his public remarks — for example publicly defending the Iran Deal as Trump violated it — to his actions behind the scenes, for example ignoring his orders to assassinate Bashar Al-Assad as Woodward has reported. But Haley never publicly contradicted or restrained Trump, except in the case of Russia, but that hardly amounts to “moderating influence”.

If you read Woodward’s book Fear, you will find many instances of Mattis acting as the voice of reason in a dysfunctional cabinet: conniving Trump to preserve US’s alliance with South Korea, defending NATO, an effective plan against IS, trying to curb Trump’s “impulsive decision making”, and a policy of not abandoning Afghanistan to the Taliban. When he orchestrated the attacks against Assad’s chemical weapon’s facilities, he made sure that they were limited. A sentence in Woodward’s book is enough to describe him: “But if you know Jim Mattis… he’s not a fan of going to war.”

The truth is, if the successor of Mattis is a hawk like John Bolton or Mike Pompeo, the last foreign policy moderate will have left the White House. More importantly, Mattis was the last person who supported a semblance of a rational policy toward Iran. This is despite the fact that he was seen as very hawkish on Iran as a general, whose falling out with Obama was largely because of Iran. But whether he changed after becoming Secretary of Defense or he just was never as radical as analysts imagined, in Trump’s administration he was a voice for caution and prudence when it came to Iran.

Mattis was openly supportive of the JCPOA or the Iran deal, defending the deal by saying that “I’ve read it now three times … and I will say that it is written almost with an assumption that Iran would try to cheat… So the verification, what is in there, is actually pretty robust as far as our intrusive ability”. While Trump was ramping up the rhetoric against Iran, Mattis stated that the United States was not after regime change in Iran but wanted Iran to change its behavior. While hawks like Bolton and Pompeo have said similar things, the timing of Mattis’s statement showed that he was sincere while Bolton and Pompeo are lying.

Now, it’s not like Mattis’s removal will automatically result in war with Iran. No side really wants war — Iran has acted largely rationally since the inception of the crisis, and the hawks in Washington are hoping to change Iran’s regime by stoking protests in big cities and armed clashes with racial minorities and wrecking Iran’s economy. But when the last voice of prudence leaves, things can escalate beyond anyone’s initial reaction. An inexperienced Secretary of Defense, for example, might botch a confrontation in the Persian Gulf in a way that leads to war.

Let’s hope that Trump picks someone similar to Mattis. If you’re not an atheist, pray for it! 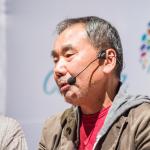 December 16, 2018
Ranking All Haruki Murakami Novels From Worst to Best
Next Post 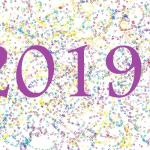 January 2, 2019 10 Things I Want in 2019
Recent Comments
0 | Leave a Comment
Browse Our Archives
get the latest from
On the Margin of Error
Sign up for our newsletter
POPULAR AT PATHEOS Nonreligious
1