Why I’m Rooting for Kirsten Gillibrand

Yes, about a year remains until the first votes are cast in the Iowa caucuses, and yes, I’m an Iranian who’s never going to vote in an American election, however, this blog exists for me to voice my opinion, so I’m just going to do that and say that if I could vote in an American primary, I’d vote for Kirsten Gillibrand, the junior senator for New York. In this post I’m going to enumerate my reasons as to why. 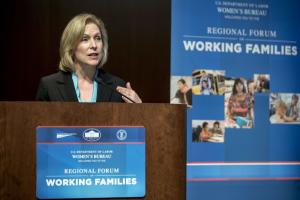 (1) Gillibrand’s politics are very similar to mine, both in terms of beliefs and priorities. Like me, Gillibrand is passionate and far from center about social politics, and she has shown that her priorities are issues like fighting rape and sexism, and staunch opposition to racism, while being center left on economics, (she signed onto Sanders’s Medicare for All without badmouthing capitalism or calling herself socialist), and moderate on foreign policy. That’s basically exactly what I want in a president.

(2) She strikes the right balance between pragmatism and idealism. She’s not afraid to get in the face of Trump (she has the lowest Trump score in senate, having voted with Trump fewer times than any other senator) or her own party establishment (She had the courage to be the first powerful Democrat to ask for Al Franken to resign) yet she is not afraid to compromise with Republicans and even co-sponsor a bill with someone as extreme as Ted Cruz when it can result in something good. A good politician knows when to fight and when to bicker and come to a compromise and doesn’t fetishize a method.

(3) Gillibrand is a very competent legislator. She’s been in Congress and Senate since 2006, and I bet she can be really effective as a president in pushing for bills due to this experience. Looking at the bills co-sponsored by her, you can have no doubt about her legislative skills.

(4) She’s also very successful as someone running for elections. She has won in both conservative districts and in the super-blue state of New York, and in New York her margins are very high, far out-performing other New York politicians like Andrew Cuomo. This shows that she can appeal to a broad range of voters in 2020 if she wins.

(5) She has shown flexibility as a politician. In Congress, she used to be very conservative, but then in the Senate she moved to the left instead. People have interpreted this cynically, and while I also agree that part of shift is definitely due to the politics of her district and the state at large (and I don’t think there’s anything wrong with that at all, a politician has to be adopt to the people she’s representing), it’s also quite unfair to recognize that she has genuinely changed many of her ideas — especially about gun control and immigration, and I admire her for straightforwardly admitting that they were wrong. And I think that’s crucial — you WANT your politicians to change their minds when new input is given to them. That’s what advisers and expert panels are for.

(6) She’s a woman. I really want a woman to beat Trump. And there have been 44 men presidents (Grover Cleveland was counted twice, as reminded to me by my friend Jill), and it’s really time for a woman. Now whenever I mention this some people are moved to say “But being a woman doesn’t qualify someone for presidency!” and that’s true, but everything being equal, I’d choose a qualified woman over a qualified man because these things like representation in the corridors of power matter. If my choices were between, say, Cory Booker vs. Tulsi Gabbard, I’d choose Booker, but between Booker and Gillibrand I’m going with Gillibrand.

(7) When I compare her with other candidates, I find her more appealing, even though I really like this crop of candidates a lot. I love Harris and Warren, and I don’t mind Klobuchar, Booker, Castro, Brown, and I can tolerate Beto. But Gillibrand is more experienced than Harris, closer to me politically than Warren, more a fighting spirit than Klobuchar, etc etc.

Now, there’s something that might lead me to change my mind: Gillibrand initially voted against the Iran Deal, although she came around and voted in favor of it when the stakes were really high (while some other Democrats like Schumer or Menendez didn’t). For many reasons I think it’s highly unlikely that she’ll be bad on Iran (or any other Democrat), but I’ll drop her like a hot potato if she shows a sign of being hawkish on Iran. But the whole party has moved on to better understanding on this issue, and I’m sure Gillibrand has too.

There’s also the fact that as of this writing, she’s really low in polls. Hopefully she’ll improve! I wrote this post this early in the campaign because I wish some people might keep my arguments in mind when voting. Is that a naive hope? Maybe! But anyway, let’s toast to Kirsten Gillibrand, and a hope a Democrat wins in 2020. 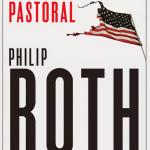 January 17, 2019
Aliens Should Read This Book: American Pastoral
Next Post 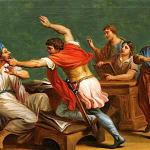