Iran’s Supreme Leader appointed Ebrahim Raisi as Chief Justice, the head of Iran’s judiciary. Raisi will take over the third branch of Iran’s government, who will be tasked with overseeing all the courts, prosecutors, and he will be charged with approving the execution verdicts as well. Basically, Iran’s judiciary is both a normal judiciary and a repressive system.

I’ve written about Raisi before. He’s spent most of his life in Iran’s judiciary, beginning right after the 1979 revolution, when he became the prosecutor at the city of Karaj at the age of 19 and soon after that a major judge, and he’s famous for being exceptionally cruel at that. Later in the judiciary he held very high posts such as Attorney General and Deputy Chief Justice. He was later appointed as custodian of Iran’s most important religious site, the shrine of Imam Reza. In the 2017 election he ran as the conservative candidate against Hassan Rouhani, but Rouhani was reelected with 57% of the votes. After that, he returned to his post at Imam Reza’s shrine, until he became Iran’s Chief Justice.

So how awful is Raisi? As I wrote about him before:

Ebrahim Raisi is a far-right extremist Islamist cleric who was on the death committee who murdered thousands of political prisoners in 1980s, and as an official in the judiciary, responsible for repression throughout his political life. Like, he wasn’t simply “behind” the murders, he was in charge of selecting who gets executed and who not. And by all accords, he was the most vicious one, condemning the greatest numbers to death. And he has been an indispensable part of the repressive machine of the regime throughout his life. By all accounts, this man is one of the worst offenders of human rights and a mass murderer. He is also as radical as it can get. He has, for example, called the sharia-sanctioned punishment of amputating the hands of thieves “an honor for the Islamic regime”, he is known to have used death sentence far more liberally than most judges, for example not showing mercy to sick or mentally disabled or elderly prisoners when it comes to giving them death sentence, celebrating the deaths of prisoners by eating pastry after their execution, and he is known to have condemned people to stoning.

So, I believe you can see why it’s an understatement to say that Raisi is not a perfect choice for this role. That said, Iran’s judiciary is already very awful. It is extremely repressive, jailing journalists, human rights activists, environmentalists, religious minorities, and all kinds of political prisoners, using execution excessively, (Iran still has the highest per capita rate of executions in the world), and it’s extremely corrupt and dysfunctional. Can it get worse? Yes, it can! Iran is very repressive, but it can be much more so. So I’d say with Raisi becoming the Chief Justice, the best case scenario is that it will remain as bad as it is today, the worst case scenario is that it’ll get much worse. There’s of course no hope for reforms. This is also a bad news because from now on, Raisi will be in the running for the position of the next Supreme Leader, as one of the few high ranking clerics under Khamenei.

That said, there’s one silver lining here: Raisi was definitely going to run for president in 2021, and given the current unpopularity of Rouhani and the ongoing economic crisis, I believe he would have been a strong favorite to win. Now, by becoming the Chief Justice, he’s taken out of that race. I think he’d damage Iran much more as a president than as Chief Justice, and as president, he’d be in a much stronger position to be the successor of Khamenei.

My final takeaway from this appointment is that there’s a pattern in Khamenei’s behavior — he keeps appointing people who are defeated in elections to high positions. In this sense, I consider Raisi’s appointment a middle finger to the Iranian people and the concept of democracy. 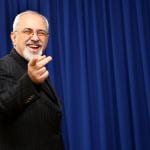 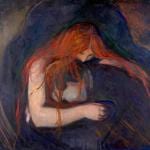 March 16, 2019 Empathy for the Incels
Recent Comments
0 | Leave a Comment
Browse Our Archives
get the latest from
On the Margin of Error
Sign up for our newsletter
POPULAR AT PATHEOS Nonreligious
1