I think I spend the majority of my life on YouTube. Usually when I brush my teeth or get ready to sleep I watch a video, and when I play games on my Android I split the screen on my tablet and watch a video. I watch videos to take a break, and then, when I write or work, I leave an unobtrusive music on the background. My point is, I spend a lot of time on YouTube. Maybe I’m not watching a video only when I read or sleep.

So there’s no surprise that I have a list of favorite channels. I don’t know if these channels are new to you or not, but these are great channels and I highly recommend taking them. Here’s a top 10. I’ll include a favorite video of mine to each entry.

By all matters of appearance, I shouldn’t love Jenny Nicholson’s channel as much I do. She mostly talks about Disney animated movies (which I’m not interested in) or Star Wars (which I actively hate) or Marvel superhero movies (Which I like, but not enough to watch videos on them). I honestly don’t care about Jenny Nicholson’s subject matter most of the times, but I always enjoy her videos, and it’s because of her” her wit, her delivery, her arguments that always touch on aesthetics beyond the single work she’s critiquing, and also, she might be one of the funniest YouTubers out there. And, she’s at her prime when she’s tearing into a garbage work, giving the best roasts of them, like How Did This Get Made, but even better.

Warning: Don’t watch this video if you’re easy to disgust or have issues with images concerning digestive things.

This is probably the biggest YouTube channel on my list, and the one I’m 100% certain you’ve heard of. But I just love this pair and their crew too much to not include them in the list. These are two friends who are willing to go to every extreme and bizarre unseemly behavior to get a laugh from you, and they seem to up their ante every time. But you come for strange shenanigans and you stay for the characters. Link is a decade older than me, but he oddly inspires a paternal feeling in me; he feels like a picky, funny, and clumsy child who constantly makes faces and you can’t help but love, and the Rhett is the cynical, naughty, and sneaky older friend. These two are perfect foils to each other, and they’re joined by a lovable cast of scoundrels as supporting characters.

I had to include an atheist channel. I used to watch atheist channels a lot, and there are still a few I’m loyal to. I never got to the “mainstream” of atheist channels because of how obnoxious and cliche they were, and later I found out that many of them are basically alt-right, so I’m glad that I didn’t spend much time watching them. Rachel is fine though: she’s reasonable and nuanced and brings up valid points against the theocrats, and her delivery is calm and she doesn’t shout and act over-dramatic, and more importantly, there’s always a sense of empathy and respect for people in her, she’s never obnoxious or dismissive of people. She’s one of the atheist YouTubers I think is worth a follow.

Be Kind Rewind is one of the YouTube channels I’ve learned the most from. The channel focuses, mostly, on Best Actress races and winners in the Oscar history, but it’s far more than that — it’s a comprehensive history of Hollywood and its star-making process throughout the ages, and also deals with the history of sexism, racism, and similar issues when it comes to the movie industry. It’s the best comprehensive crash course you can get in movie history, and all movie buffs should definitely check the channel out. And always, the narration and the editing of the videos are top-notch.

So Shaun is basically a talking skull(?) who really hates two things: the Cinema Sins channel, and the alt-right. And it’s his second hatred that makes him one of my favorite YouTubers. Shaun basically takes alt-right and/or conservative arguments, and he tears into them mercilessly, revealing their hypocrisy, shoddy reasoning, dishonest use of data and statistics, misrepresentations of history, and meanwhile he shares his wealth of knowledge. I really love him for his very well-made arguments, and I obviously enjoy the fact that he shows how much of an ass his odious targets are. Also, unlike most YouTubers in the genre, he does it without getting loud and obnoxious, he calmly reads his fantastic scripts, and that’s what I expect.

J. D. Stone, or Legal Eagle, is a lawyer who explains American law and reacts to movies, rating them based on how realistic they are. I like both styles of videos not necessarily because I think it’s a valid criticism of movies all the time (like, I’m sure Bee Movie was never meant to be realistic and it wouldn’t have been an improvement to make it so), but because both styles of videos let you learn a lot about the law, and that’s something I’m interested in. He always explains the legal issues without sacrificing nuance and complexity. But I’m even more interested in his slogan: “Let’s think like a lawyer”, and that’s something that really comes across in his videos, and they really teach good critical thinking skills too. Despite their subject matter, the videos are also very entertaining and funny, showing that Stone is a great teacher. His transitions from video content to advertisement is always genius too.

The most famous program on First We Feast YouTube channel is the Hot Ones, where the incredibly calm and deadpan host Sean Evans feeds himself and his guests increasingly hotter chicken wings, and we watch them suffer and answer the questions. Now the suffering is very fun to watch, but what makes these videos really enjoyable is the fact that people show lots of vulnerability in the face of these hot wings, and reveal some intimate aspects of their personalities that you don’t usually see in interviews. So yeah, fun to watch! But other First We Feast videos are equally good: series that cover hamburgers, curry, beer, and lots of other fun foods. It’s a channel celebrating food in the oddest manner possible, and thus has earned a spot in my heart.

I think I follow almost every AniTubuer (Anime YouTuber) on YouTube. And I think I actually spend more time watching anime analysis videos more than any other genre, such as movie, literature, or video games analysis. But if I had to name my favorite AniTuber, there wouldn’t even be a competition. I love the Pedantic Romantic because her taste in anime is not cliche and predictable, her media analysis is spot on, she touches on the political analysis without falling into the trap of reducing the works to these aspects, and most importantly, almost every video of hers is a beautiful work of art into itself, with its own emotional depth and great prose. My favorite video of hers is actually her analysis of Hibike Euphonium, but above I chose a video of hers that I thought general population might be more interested in.

Cinefix is another movie channel with a variety of videos, like comparing adapted movies to the original book and listing interesting things about movies, but what earns them a spot here is their lists. Their lists are a true comprehensive discussion about different aspects of cinema, and they’re not simple lists: they’re divided into types, and then they mention many movies that fit each type and then examine one in more depth. This way they cover an aspect of cinema in all its forms, and they analyze many movies from a truly unique perspective, and their lists are basically lessons. And their scope is never narrow, American and non-American, classic and new, all cinema is covered, and thus they’re excellent experiences all the time.

And here is the channel I consider to be my favorite, the top spot. Natalie Wynn is, in my opinion, the best YouTuber for the following reason: Each of her videos, at the same time, a fantastic short art film and an effective and fabulously written essay. Like, I think that Wynn is going to be considered as one of the greatest writers of our time, the way we remember people like Jonathan Swift. Her humor is perfect, her dramatic flairs are never overdone, her reasoning is comprehensive and nuanced, there’s a heart and a great feeling of empathy in her videos, she’s never one-sided or blind to the excesses of her own side, and most importantly, like all great artists, her style is unique to her and instantly recognizable. I think I’ve watched every video of hers a few times. She’s great. Watch her. 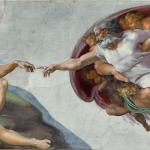 March 24, 2019
How the Religious Mind Justifies the Scripture
Next Post 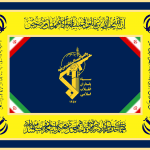 April 9, 2019 Trump Just Made Iran's Revolutionary Guard Really Happy
Recent Comments
0 | Leave a Comment
"I like it. so nice.https://bestkid.ir/%d8%a2%d..."
Mariam Why Trump Is a Potential Tyrant: ..."
"yes, you are right.I think so, that.https://bestkid.ir/%d8%aa%d..."
Mariam Iran students face expulsion from Norway ..."
"I use ir.thanks a lothttps://jalebamooz.com/mobi..."
Mariam The Sin of Joy
"Excellent thank youhttps://robeka.ir/"
Robekair Tafrihi The Sin of Joy
Browse Our Archives
get the latest from
Nonreligious
Sign up for our newsletter
POPULAR AT PATHEOS Nonreligious
1