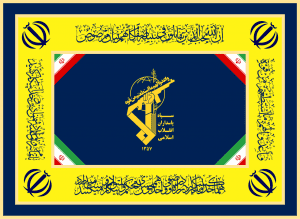 Let me begin by stressing that I am in no way a supporter of the Revolutionary Guard. These people are mostly (not all of them) religious extremists, very repressive, economically corrupt, and their philosophy is to increase tensions with the world and prevent Iran’s integration into the world, whether culturally or economically. They’re basically a military junta and a mafia family and extremist cult rolled into one entity, and they represent everything I oppose and want to move away from in Iranian politics. And it’s because of this, not in spite of it, that I’m strongly opposed to designating them as a terrorist organization. Let me explain.

1) This might lead to war. The legality of the thing is very uncertain, but there are many people who say this might lead to war because it might give Trump administration to attack the Revolutionary Guard without permission from the Congress, and since the Revolutionary Guard is a state army, it will be considered as an act of war. There’s no doubt that this act will increase the likelihood of war.

2) It will hurt Iranian citizens. First of all, Iran has a mandatory draft, every legible man must serve as a soldier, and once you’re drafted, you don’t get a choice regarding in which unit you serve, the Army, the police, or the Revolutionary Guard. This is one aspect of why designating an entire state army is problematic: soldiers who serve the Revolutionary Guard are conscripted citizens, but there’s no way they won’t be caught in the crossfire. Will a gay man who has served under the Revolutionary Guard be denied asylum because he’s a terrorist?

Apart from this, the entire Iranian economy will be targeted. Iran’s economy is very interlinked with the Revolutionary Guard, and although one of Rouhani’s priorities was to limit their influence in the economy, they’re still own a big enough chunk of Iran’s economy to truly endanger us if all of their activity is sanctioned. This basically magnifies the sanctions, and hurts the people. Now, you might say, my dear reader, that these harms to the Iranian people is worth it if it harms the Revolutionary Guard in the long run, yes? Well, my next section will just answer that.

3) This move will actually strengthen the Revolutionary Guard. There’s no doubt that the Revolutionary Guard engages in some destabilizing activities in the Middle East. (So do Saudi Arabia and the US, but let’s forget about whataboutism). Will calling them a terrorist group help with problem? No. First of all, they’ve never used the legitimate means and Iran’s official economy and their influence in our private sector to fund these shenanigans, they’ve used black budgets. So this move doesn’t really stop them from continuing their illicit activities, but it will hurt Iran’s economy, as it will do official and legal business with them harder. And no, reducing their overall funding doesn’t change their behavior either, because they manage their own budgets and they can decrease spending in other areas and keep the funding at the same level. They’ll run out of money, of course, if all Iranian economy is depleted and Iran becomes a failed state, but that’d be a million times more destabilizing than what the Revolutionary Guard does.

Other than that, the increase in tensions will only benefit them in the entire politics of Iran. This will not only force Rouhani and other moderate factions to unite behind the Revolutionary Guard, it might enable them to seize even more power, to increase their hold on Iran’s economy, and to prepare themselves to capture the presidency in 2021. Basically, when the tensions arise, the Revolutionary Guards are strengthened, and moderates are weakened, and this move truly raises tensions. You can already see this under current sanctions: Rouhani’s approval rating is at 9% while the Revolutionary Guard is becoming more and more powerful, returning to the days of Ahmadinejad.

April 19, 2019 Check Out My Interview with A Tippling Philosopher
Recent Comments
0 | Leave a Comment
"I like it. so nice.https://bestkid.ir/%d8%a2%d..."
Mariam Why Trump Is a Potential Tyrant: ..."
"yes, you are right.I think so, that.https://bestkid.ir/%d8%aa%d..."
Mariam Iran students face expulsion from Norway ..."
"I use ir.thanks a lothttps://jalebamooz.com/mobi..."
Mariam The Sin of Joy
"Excellent thank youhttps://robeka.ir/"
Robekair Tafrihi The Sin of Joy
Browse Our Archives
get the latest from
Nonreligious
Sign up for our newsletter
POPULAR AT PATHEOS Nonreligious
1