My Pronoun is U: My Life as a Non-Binary Iranian

My Pronoun is U: My Life as a Non-Binary Iranian October 18, 2019 Kaveh Mousavi

So, funny thing. I decided I’m non-binary. And I’m writing this about how this non-binary identity interacts with the fact that I’m an Iranian. I guess it’s a rare perspective — few people recognize they’re non-binary while living in a culture where no one has thought to even question the concept of binary gender. And it wouldn’t be an exaggeration to say that I have found the relationship between the concept of non-binary gender and Iranian nationality to be quite complex. 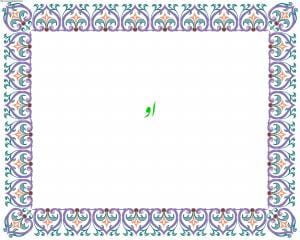 At first, my Iranian identity was a barrier to my non-binary identity.

When I was a schoolboy, my nickname was “evah khahar”, which is a slur against trans people, like “tranny”. Most of the reasons for this nickname were concerned with things that shouldn’t be considered feminine anyway – preferring books to sports, not being too misogynistic, not being into cars, etc. But some were indeed inspired by feminine qualities, like the way I speak, the way I love and am obsessed with women’s dresses, etc. I loved, and still love, dressing women’s clothes. I love skirts and dresses. I do dress in women’s clothes in secret from time to time, quite the cliche, eh?

I never felt that I had any real connection with masculinity. I felt abused that my teachers and classmates ridiculed and bullied me for my refusal to conforming to masculine stereotypes, yet even at that age I knew I deserved to be tolerated, and that I wasn’t in the wrong, so I never felt pressured to conform, or to desire being a “man”. In my heart of hearts, I didn’t think I was a man. When people talked about men, there was some gap between me and “them” – they were “them” to me.

At the time, I didn’t know that non-binary was a thing. It never occurred to me that there was an option other than man and woman. That option was not mentioned by my parents (who didn’t know about it), or my teachers (ditto), or even in the media I consumed. I always felt that I was something else. I didn’t know what. I fantasized about being an alien, or being a monster. I felt I was from another galaxy. I day-dreamed about people from my home planet taking me away on a spaceship. All because the biology presented to me was inadequate. In the end, normal human biology with its spectrum of genders could accommodate me pretty well, but I didn’t know.

My brain resisted, and it resisted hard, the idea of me being non-binary even when I discovered the concept and had a large number of Facebook friends identifying as one. My brain resisted, because, and this might sound strange to you but it’s true, I thought that non-binary was something for westerners and not for Iranians. I felt like the whole history and culture of my nation seemed like an insurmountable barrier. At many occasions I thought, if I were a westerner, I’m pretty sure I’d identify as non-binary. But what use was it identifying such in Iran? I couldn’t tell anyone. No one would understand what it’d mean.

Well, the use was the personal sense of closure and understanding. Once I came out, to myself, as non-binary, my life made sense. So I’m glad I did.

But then, comes the plot twist. Pronouns are a sensitive issue for the westerners. In many languages, pronouns are gendered, and therefore they are pregnant with lots of trauma and complexity for non-binary people. A pronoun is meant to represent the noun, and it’s painful to be represented by something that’s intrinsically not who you are. That’s why people either invoke literature for its gender-neutral pronouns, or invent new ones.

But not in Persian. In Persian language, nouns are not divided into genders, but living beings and non-living beings. “U” is the Persian pronoun for living beings regardless of gender. My pronoun, ultimately, is U. I’m not traumatized by “he” because it was never really my pronoun, it was used for me only in translation. My pronoun has always been gender-neutral.

So I feel once one gets over the difficulty of cultural differences, Persian language is quite welcoming to non-binary people. I tend to think that when the concept of non-binary finds its way into Iranian collective consciousness, other non-binary people will be as grateful to this humble Persian pronoun as I am. And that warms my heart.

P.S. I’ve written about my struggles with my cultural identities before as well, if you’re into this kind of stuff. 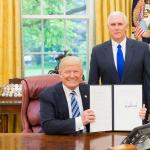 August 29, 2019
Why Trump Is a Potential Tyrant: A Comparative Look
Next Post 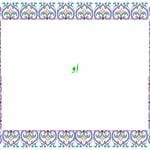 October 18, 2019
Recent Comments
0 | Leave a Comment
Browse Our Archives
get the latest from
Nonreligious
Sign up for our newsletter
POPULAR AT PATHEOS Nonreligious
1