There was a time the rules-based system (law) was how the Israelite people related to God. The people were blessed if they obeyed the commands of the LORD and cursed if they disobeyed. This resulted in a vicious cycle of disobedience, repentance and re-commitment to the LORD. The rules-based system was extremely tedious and clearly did not produce righteous living.

Thankfully, today we have received a superior covenant with far better promises. We are new creations designed to walk by the Spirit, not by the letter of the law. Despite this important spiritual truth, many believers still subject themselves to the old system when it comes to daily living. If you are stuck on the performance trap of keeping the law, consider the following three reasons why rules-based living doesn’t work.

For no one can ever be made right with God by doing what the law commands. The law simply shows us how sinful we are. (Romans 3:20)

Those who remain stuck within the rules-based system do not fully understand the purpose of the law. Many people readily concede the does not save, but insist it helps them live holy after salvation. However, Paul clearly states the purpose of the law is to “show us how sinful we are,” not to help us live righteous lives. The law was set in motion to make every person stand guilty before God. It crushes every attempt to achieve righteousness on our own.

Simply put, the law does not empower believers to live because it serves as the ministry of death and condemnation. In the same way you would not mix a little cyanide into your morning coffee, don’t make the mistake of sprinkling a little law into your Christian walk. Believers should have no relationship with the law after salvation. Paul said it this way: “The old written covenant ends in death; but under the new covenant, the Spirit gives life” (2 Corinthians 3:6)!

For all who rely on the works of the law are under a curse, as it is written: “Cursed is everyone who does not continue to do everything written in the Book of the Law.” (Galatians 3:10)

Those who rely on the law for daily living are putting themselves under a curse. They are acting like the Israelite’s when they promised, “We will do everything the LORD has commanded” (Exodus 19:8). If we attempt to achieve righteousness through rule-keeping, we must perfectly obey everything written in the Book of the Law. Not just the ten moral laws. We’re talking about all 613 moral, civil and ceremonial laws. The law is an all or nothing proposition!

I remember watching Mike Tyson fight when he was in his prime. For several years, nobody could make it out of the first round against the guy. He was too fast, powerful and explosive for even the strongest opponent to withstand. Try to imagine getting into the ring against Mike Tyson during his prime. I don’t know about you, but that sounds like a terrifying proposition to me. Iron Mike would knock me out within seconds. It’s the same idea being under the rules-based system of the law. Not even the most disciplined person can meet the stringent challenge.

It was through God’s commandment that sin was awakened in me and built its base of operation within me to stir up every kind of wrong desire. For in the absence of the law, sin hides dormant. (Romans 7:8)

Many people claim to have made a clean transition to the new covenant but continue to live as though they are still under the old system. By doing so, such people forfeit the power that is available to live a victorious life on this side of the cross. The harder they try to live based on human strength, the faster they invite spiritual bondage into their lives. When we attempt to do more and be more and try harder in our pursuit to please God, we set ourselves up for spiritual burnout. Such an approach is like pouring gasoline on a fire to try to put it out.

Paul informs us that the law does not produce righteous living but, in fact, has the reverse effect. If you tell a child that it’s wrong to touch the cookie jar, the cookies are more likely to be gone by morning. And in the process, the child is now guilty of breaking a law that did not exist prior to the command. To be clear, the purpose of the law is to expose our moral inabilities, not to help us live victoriously. Many people have a difficult time receiving the counterintuitive nature of this truth, so they cling to the law as a safety net for daily living.

Turn To the Spirit for Daily Living

Jesus is the only person in human history who took on the law and came out victorious. In fact, the law was no match for the Son of God. Jesus did not commit any sinful acts and fulfilled every requirement of the law to perfection. As a result, He earned the heavyweight championship belt that is required to be in right standing with God under the law. And here’s the most amazing part of the story: Instead of putting the belt inside a heavenly trophy case to show off to the angels, He placed it around your waist! We don’t have to step into the ring and get beat up anymore because Jesus already took care of the law. His victory made possible a new way of relating to God that gives life.

Believers are set free from the curse of the law (Galatians 3:13); we are not under the law, but under grace (Romans 6:14); and Christ is the end of the law for everyone who believes (Romans 10:4). Now, learn to embrace the new way to live. Renew your mind to the incredible promises of the new covenant and rely on the Spirit to live through your life. The new way to live will bring the divine characteristics of love, joy and peace into your life.

Do you feel spiritually empty and emotionally exhausted? Learn to live spiritually free. Sign up for Robert’s free, 3-part video series today, derived from the book The Art of Marketing Jesus. Do you need a faith-based coach? Take the free Habit Finder and learn how your thinking patterns are impacting your life.

About Robert Wachter
You can read more about the author here.
Previous Post 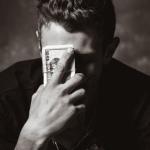 February 1, 2022
God’s Design for Living a Prosperous Life
Next Post 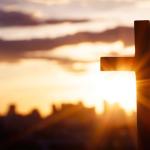 February 22, 2022 3 New Covenant Blessings That Will Change How You Live
Recent Comments
0 | Leave a Comment
Browse Our Archives
Related posts from Marketing Jesus 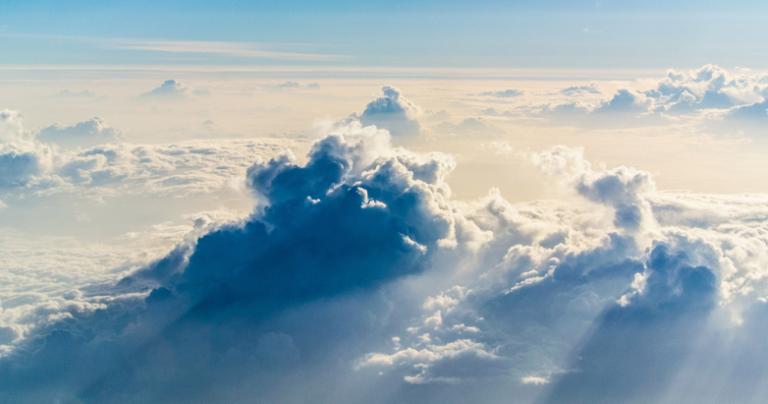 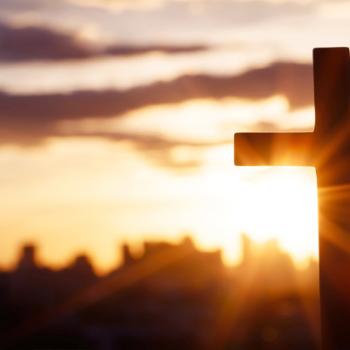 Evangelical
3 New Covenant Blessings That Will Change How...
Marketing Jesus 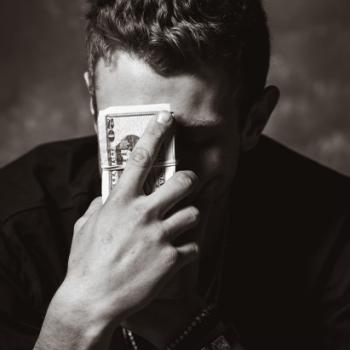 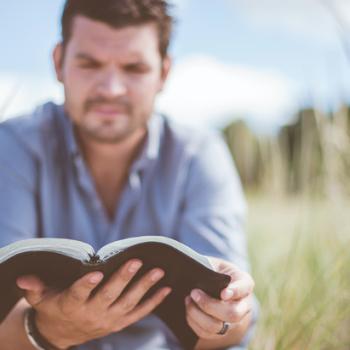 Evangelical
Be Confident in God’s Love for You (Not...
Marketing Jesus
TRENDING AT PATHEOS Evangelical