How Many Times Can Hillary Clinton Boldly Lie about Her Emails?

How Many Times Can Hillary Clinton Boldly Lie about Her Emails? June 19, 2016 Mark Meckler

Hillary Clinton is a liar. And her lies have made our nation less safe and secure.

She’s not simply putting more political spin on things than other politicians. She’s not just twisting the truth in a vague and open-ended way. She’s not telling a lie and then backtracking and waxing eloquently about what she meant to say and why she didn’t originally say that.

She’s boldly lying – about her private e-mail server, about our national security, and about top-secret, classified information that could have put CIA agents lives in danger and made our nation more susceptible to terrorist attacks and security breaches from China, Iran, Russia, and more.

The Associated Press recently broke the story about possibly dozens of CIA personnel being exposed by Hillary’s recklessly dangerous choices.

The names of CIA personnel could have been compromised not only by hackers who may have penetrated Hillary Clinton’s private computer server or the State Department system, but also by the release itself of tens of thousands of her emails, security experts say. …

At least 47 of the emails contain the notation “B3 CIA PERS/ORG,” which indicates the material referred to CIA personnel or matters related to the agency. And because both Clinton’s server and the State Department systems were vulnerable to hacking, the perpetrators could have those original emails, and now the publicly released, redacted versions showing exactly which sections refer to CIA personnel.

And then, just days later, yet another smoking gun was released by Fox News with an e-mail CLEARLY showing classified material. Even if you didn’t recognize the classified markings on it (which the nation’s number one diplomat certainly should), the State Department’s release of the e-mail redacted almost all of the information.

Once again Hillary’s been caught lying about her criminal mishandling of classified national security information. Recall that Ms. Clinton swears none of the emails which passed through her off-the-record email server system was ever marked classified.

Uh oh. Au contraire, madam, once again you are exposed as a liar.

Fox News gets the credit. In an exclusive report published June 11, Fox News revealed that one of Ms. Clinton’s emails had a “portion marking” that identified the specific information contained in the “portion” as being classified. That means the information was sensitive and was legally protected.

The information had the lowest level of classification, Confidential. It discussed a phone call with the president of Malawi, Joyce Banda. Fox News included an information-rich screen shot of the email.

I love this Washington Examiner timeline of all of Hillary’s statements about her e-mails. Time and time again, she’s claimed that no classified information passed through her server.

And time and time again, common sense Americans without much education or training were able to consistently call BS on this absurd claim. You’re the Secretary of State! OF COURSE you had classified material pass through your server.

Now, we have various reports showing there was information about CIA personnel, drone strikes, and more.

This is an individual who doesn’t deserve to be President of the United States. In fact, if it was anyone other than Hillary, she’d already be in prison. 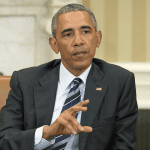 June 19, 2016
Obama is fast becoming an apologist for Islam
Next Post 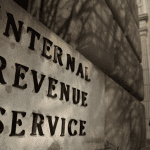 June 19, 2016 The IRS is Illegally Destroying Documents Because of Deal with a Union
Recent Comments
0 | Leave a Comment
Browse Our Archives
get the latest from
Politics Red
Sign up for our newsletter
POPULAR AT PATHEOS Politics Red
1 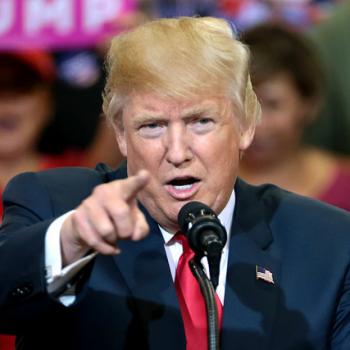 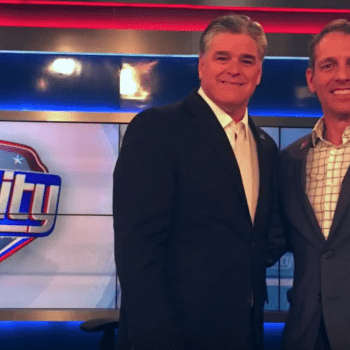 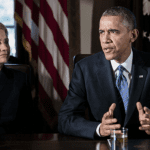