Ave Maria at the Beach

For the last three summers, I have been very lucky to hire students from Ave Maria University to help me finish some writing, pack up boxes of books, arrange my papers, clear out the beach house and give things to various charities, and the like.

I hope they forgive me for calling them “the kids,” but when they are with me, that is how I feel about them. They seem like my own grandchildren. They are intelligent, with very well-developed minds, funny, and (most of them) endowed with lovely singing voices. Most have been artists – played Shakespeare at Ave, or sung in the annual Broadway show, or soloed or done duets in the annual Cabaret Night.

Besides room and board (the guys at least tend to eat a lot, and the girls like to eat well), I set aside enough money each year to help each of them with a small cheque to go toward tuition or spending money. Practically all take advantage of the local outlet stores of a hundred or more of the best retailers such as the Gap, Ann Taylor, Tommy Hilfiger, Chico’s, Reebok, Brooks Brothers, Bose, and scores of others. Besides saving with discounts of 60 percent or more at the outlets, shoppers in Delaware pay no sales tax. Each fall at least a few new dresses, shirts, sneakers, purses, and other items show up at Ave that might not have otherwise.

The deal is that each student works for me for at least four hours a day (some, alas, much longer) and then has four or so hours for biking, swimming, playing frisbee on the beach, or other pursuits.

The lot that Karen and I bought twenty years ago, and the home that Karen designed and had built, sits on Cape Henlopen, back fifty yards from Delaware Bay. A little over a mile away is the Atlantic Ocean, rolling in on fine-grained sand as far as the eye can see. There are almost always a dozen or more small deer grazing on the far end of the soccer fields near the small forest in the Joseph E. Biden State Park, which runs along the ocean on the property of the old fort and naval station that used to defend the mouth of the Delaware Bay against German U-boats prowling for Europe-bound shipping and, indeed, for vessels heading south too.

We do a fair amount of restaurant hopping, at least once every two weeks. Perennial favorites include Irish Eyes, Gilligan’s (for special occasions), Striper Bites, for quiet drinks Rose & Crown, Fish On, and others. A favorite evening is always the chartered harbor cruise, up the canal from Lewes Harbor, out into the bay, and then along a slow circle around the lighthouses, just on the edge of the Atlantic. At the mouth of the bay, the yacht swings around and, for those who look sharp, there is a moment when cameras can capture the bright sunset directly through the top-most windows of the lighthouse. Not every time, but quite often, dolphins fall into the wake of the yacht and leap and glide and frolic behind us. The sunsets have been truly glorious. 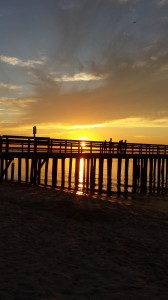 Sometimes we go out on the pier near our home and get brilliant photos of the sunset, then sit and recite Vespers. The crew this month is especially rich with splendid voices and a sure instinct for harmonies. Moving slowly down the pier singing favorites from My Fair Lady, 1776, or Oklahoma!, they have brought broad smiles and appreciative applause from fishermen and families lining both sides of the pier.

We have also seen an unusual number of movies this month, and we have done a herculean amount of work. Three tasks I divided up at the beginning: a careful editing of a book on the “humanomics” of St. John Paul II the Great, two rounds of editing earlier papers of mine on religious liberty and the American founding, and a final edit of a collection of my wife’s essays on art and mysticism.

My main job was the proofreading of the book by three of us (Paul Adams and myself, with Elizabeth Shaw) to be published by Encounter Books this fall, and titled Social Justice Isn’t What You Think It Is. We hope to provide the clearest definition and most thorough survey of the subject produced in some decades. Most of all, we hope to restore the term to its original meaning and role. 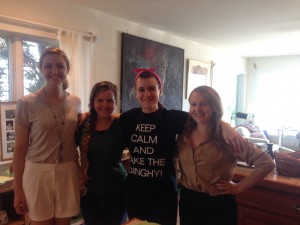 For the last month, I have gone back to an old love, writing the concluding chapters for a novel I have been working on for some twenty years. It is the story of the epic events of the greatest domestic catastrophe in American history, the massive Johnstown Flood of 1889, and the fall of the Berlin Wall in 1989, as these were experienced a century apart by members of the same family, grandfather Stephen and his youngest granddaughter, Barbara. 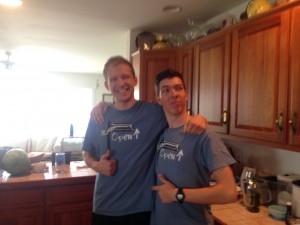 Most of the students this summer arrived full of tales about their internships, usually alongside some of the smartest kids in the country from the Ivy League and top Midwestern and Western schools. They have done summer work at a wide range of institutions, from the American Enterprise Institute to the Alliance Defending Freedom and the Heritage Foundation. Nearly all have been very impressed by how Ave Maria students compete at that level, if not excel.

It has been a glorious summer, and I am very grateful to “the kids.” I love them all.

August 12, 2015 On Loving Karen
Recent Comments
0 | Leave a Comment
Browse Our Archives
Related posts from Coming down to Earth 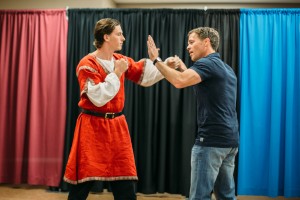 Catholic
To Ave Maria's Class of 2015
Coming down to Earth