The first play my boyfriend Keith and I attended together was Julia Sweeney’s thoughtful, sad, and hilarious, Letting Go of God. We both loved it, but Keith got something extra from it because Julia’s journey from believer to atheist paralleled his own in so many ways. And many of her objections to biblical stories were the very ones that gave the young Keith pause.

I, on the other hand, was raised an agnostic, and my background wasn’t even Christian, but Jewish. Not that I’ve actually practiced Judaism. I’m someone who once, when I was a small child, pointed to a group of Orthodox Jews and said, “What are those funny beanies they’re wearing, Mommy?” The closest I’ve come to organized religion were the several years I spent as a Unitarian Universalist after my mother married a Unitarian. My favorite Unitarian church was the one in Springfield, Illinois, where Sunday school was little more than glorified day care. We did fun stuff like carving balsa wood boats and going fossil hunting. I loved that because I wanted to grow up to be a paleontologist. I still have the tiny shell fossils I chipped out of the road-cut on the “expedition.”

Our move to Birmingham, Alabama meant a change to a simulacrum of a Christian Sunday school, complete with liberal, humanist moral lessons. I was a good little budding humanist, but I found it boring. After my mother left my stepfather (who later became a Unitarian minister), I was free of even this form of organized agnosticism.

One day, when I was 13 or 14, I was holding a stimulating conversation with myself—I’m an inveterate daydreamer—and I used the phrase, if there is a God. Suddenly, I paused the imaginary dialog and thought, “I go from day to day assuming there’s no God.” And that’s when I realized that I no longer had any doubt. I had already become an atheist; I just hadn’t realized it until then.

That’s it…my atheistic epiphany. Not exactly dramatic, is it?

When I read stories from people who came to atheism from a religious background, like Dale McGowan’s moving and incisive SecSpec post Getting My Own Story Straight, it usually involves a lot of soul-searching, reading, and reasoning through, much as Keith and Julia Sweeney also engaged in. It makes me feel a bit embarrassed to admit that my atheism just sort of happened, invisible to me until my realization.

But I can be a bit prouder of my conversion to skepticism. That was more of an evolution of thought that developed over time after I began identifying as an atheist.

When I was a kid, I was a science fiction geek who reveled in supernatural tales. I read Dr. Strange and imagined myself as his apprentice (and secret love), dreaming up elaborate adventures in his mystical Marvel Comics realm. Some kids had imaginary friends; the incipient writer in me imagined serialized plots with imaginary characters. (My ADHD had a lot to do with this. Excessive daydreaming is a common symptom of ADHD in girls.)

I also loved flakey pseudoscientific shows like In Search Of… What that show was in search of was the gullible, and I swallowed the hook. I even did a book report on Erich van Dӓniken’s Chariots of the Gods? I got a good grade, too. And that’s from someone whose interest you could gauge by the quality of the grade.

I actually believed that I might be a bit psychic myself. When I watched Press Your Luck, I thought I could predict when the so-called “Whammy” would appear. I thought it was precognition. Later, in a notorious case, someone actually won over $100,000 doing just that. It turns out there was a pattern to the Whammy, which he figured out. I may have unconsciously done the same. But there were other game shows where I also thought I could predict what would occur. More than likely, even in the case of Press Your Luck, it was nothing more than confirmation bias. I only remembered the times I got it right and forgot all the others. That’s the same phenomenon that convinces gamblers that they’re lucky and brings delight to loan sharks.

Something changed after my atheistic revelation, however. It wasn’t overnight, but slowly I began to apply a critical filter to my other assumptions and beliefs. My worldview changed and I began to see everything through a skeptical lens. Bye-bye precognition, hello confirmation bias. But ever since I began identifying as a skeptic, I’ve come to realize that atheism and skepticism don’t always go together.

I once attended a singles group hosted by the Center for Inquiry West. I found the conversation highly stimulating, though most of the participants were ten to twenty years older than I was. At my second meetup, I sat next to another woman and Jim Underdown, who was hosting the event. In the course of discussing homeopathy, the woman beside me opined that it had worked for her. I did my best to explain that there’s no scientific validity to the theory behind homeopathy, and that at any rate, the compounds are so diluted that there’s nothing left in the alleged “medication.” I wasn’t getting anywhere. Jim Underdown took over and deftly picked apart homeopathy, point by point. It was a wonder to behold, but she still didn’t seem convinced. She took a homeopathic pill and seven days later her cold went away. End of story.

It was an important lesson for me.

Perhaps she was an atheist and thus self-identified as a skeptic. Yet being a skeptic is about more than not believing in God. Skepticism asks that you require evidence for everything and examine even your dearest beliefs. It’s a lot of work, admittedly. But it’s worth it to truly see the world, stripped of your illusions.

I’m far from perfect in this regard. This is true of even the most committed skeptics. Indeed, sometimes the very self-identification as a skeptic can give people license to look the other way from their own unexamined biases. You can see that at work in some of Richard Dawkins’ inflammatory tweets. Other beliefs are so deeply ingrained—part of the ether—that we don’t even realize that they are beliefs, unsupported by solid evidence. Sometimes assumptions come wrapped in an invisibility cloak, unseen even by the wearer. Skepticism is not an end, but a process.

According to a Marvel wiki on Dr. Strange, his power is weaker against strictly science-based opponents. And, indeed, scientific critical thinking vanquished my interest in stories saturated in woo. My budding fiction writing career ended my elaborate fantasies based on worlds created by others. Adulthood turned me away from spending so much time lost in my own fantasies. And atheism and skepticism gave me a new heroic ideal to revel in. 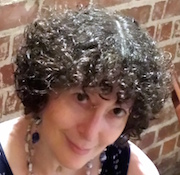 November 6, 2015 Near-Death is but a Coma-Dream
Recent Comments
0 | Leave a Comment
"The blog was absolutely fantastic! Lot of great information about how Music Therapy get you ..."
Monics Mery Music Therapy: Revealing Awareness and Awakening ..."
"Nixon didn't have the charisma that Trump does. So long as Republicans fear Trump's supporters, ..."
Nemo President Trump: Mimicking Nixon in More ..."
"does feal like that is the main diference between them, can anyone name any other ..."
noah johnson Lex Luthor is fiction, Donald Trump ..."
"Someone told me the internet in general has made people lose their compassion for other ..."
Brianna LaPoint Trolls: Warping the Internet into a ..."
Browse Our Archives
get the latest from
Nonreligious
Sign up for our newsletter
POPULAR AT PATHEOS Nonreligious
1

If There's a Yellow Deli in...
Homestead Skeptic
Related posts from Miracle Girl 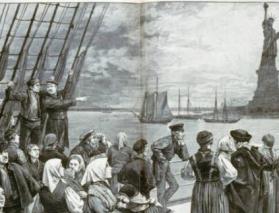 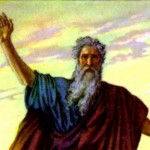