Near-Death is but a Coma-Dream

The eyes of skeptics did a collective pirouette when, in 2012, neurosurgeon Eben Alexander’s published his account of his near-death experience (NDE) during his weeklong coma, caused by a severe case of E. Coli meningitis. Proof of Heaven: A Neurosurgeon’s Journey Through the Afterlife reached number one on the New York Times bestseller list, and all told, spent more than 97 weeks on the list.

On July 9, 2013, I fell into a deep coma, triggered by a severe case of Legionnaires’ disease. Six weeks later, I awoke with a tale of my own NDE, though mine was merely proof of covert cognition, as I detailed in my Skeptical Inquirer article “Covert Cognition: My So-Called Near-Death Experience,” as well as in my SecSpec post “Please Put a Blanket on Me”—I Was Aware in my Coma. Also in July 2013, Esquire Magazine published an exposé of Eben Alexander and the story he told in Proof of Heaven. The article raised serious questions about Alexander’s ethics in regards to his medical practice and called into question many of the crucial facts cited in Proof of Heaven, implying that Alexander made up his story because his career as a neurologist was effectively over. Skeptics nodded and moved on.

But I have another theory, as a fellow coma survivor and NDEr (though mine was completely secular): Eben Alexander experienced nothing more than a coma-dream. After his awakening, he subjected his NDE to considerable interpretation, which he refers to as unpacking. I will do more of my own unpacking of this subject in my next post.

Alexander says that he didn’t read anything about NDEs until after he wrote down his experience. Perhaps that explains why he doesn’t report many of the classic elements of NDEs. Tunnel? Nope. Dead relatives waiting for him? Uh uh. Life review? Selfie with Jesus? You guessed it…bupkis. These were some of the same missing elements which have led NDE true-believers to claim my non-spiritual NDE wasn’t an NDE at all. (Another one is the circular argument that the very fact that I didn’t see Heaven meant it wasn’t an NDE. Seriously.) They have also criticized me for not dying. I came about as close as possible without actually dying, but I’ll try harder next time. In case you were wondering, Alexander didn’t die either.

Yet Alexander has become the poster child for NDE enthusiasts because they believe his training in neurosurgery makes him an expert on neuroscience. Indeed, throughout Proof of Heaven, he refers to himself as a scientist. But no neuroscientist would claim, as he has, that his cerebral cortex had been destroyed, and was thus “completely shut down.” As neuroscientist Sam Harris (yes, that Sam Harris) put it in a cogently argued blog post:

Obviously, the man’s cortex is functioning now—he has, after all, written a book—so whatever structural damage appeared on CT could not have been “global.” (Otherwise, he would be claiming that his entire cortex was destroyed and then grew back.) Coma is not associated with the complete cessation of cortical activity, in any case.

It certainly wasn’t in my case, despite the fact that my doctors proclaimed me profoundly brain-damaged. The symmetry between Alexander’s experience and mine led to a series of posts in my blog, Coma Chameleon: My Recovery Chronicles, culminating in my forcing myself to bite the bullet and read Proof of Heaven. My brain still hurts. Spoiler Alert: I don’t think Proof of Heaven was.

In my SI article, I asserted that I didn’t see anything spiritual during my NDE because I was raised without religion. Those ideas and images simply weren’t in my mental landscape. Instead, I saw things inspired by the influences from my secular but geeky childhood, such as campy 50s Sci-fi flicks. Though Alexander claims to have been nonreligious and a skeptic before his NDE, he was a regular churchgoer who was raised in the Christian tradition. His wife, family members, and friends were all praying around his bedside. As for me, almost all of my loved ones are nonbelievers. The only believer in the rotating vigil around my bed—my boyfriend’s mom—doesn’t tend toward outward expressions of faith. She was praying for me, but silently. And, at any rate, religious stimuli would’ve had no resonance for me.

But for covertly aware patients whose loved ones read the Bible to them instead of The Hitchhiker’s Guide to the Galaxy, the content of their coma-dreams would be far different. Indeed, Hitchhiker’s Guide insinuated itself into my coma-dream, a Pan Galactic Gargle Blaster for my brain as it played like a soundtrack in the background of other dreams. Instead of a heavenly choir, I heard about the Ravenous Bugblatter Beast of Traal, which assumed it couldn’t see its victims if they put a towel over their own eyes. Sort of how my doctors couldn’t see I was “in there” because I showed no signs of seeing them.

Though Alexander speaks of hearing heavenly music, he doesn’t actually report any overtly angelic entities. Instead, he writes of flying on a butterfly’s wing and a glowing orb that emits an OM sound. He has labeled that orb as God. Sounds more like a dream, doesn’t it? Or the hallucinations of a drug-addled New Ager.

Even more striking to me was the way his NDE began. He found himself in a muddy domain of root-like structures, with weird animal faces bubbling up from the murk. He calls it the Realm of the Earthworm’s-Eye View. Alexander writes that his mentality was “limited” there. And all the while, a rhythmic pounding sounded in the background. This repeating segment is the one that least resembles a typical spiritually based NDE. It’s also the element that most reminds me of my secular NDE.

My coma-dream started off with the event that I believe jumpstarted the process of my awakening in the first place—my MRI. This was the same MRI that convinced my doctors that I was a hopeless basket case.

The earliest dateable element of my coma-dream was a slow, deep, sonorous voice, which I recognized after I awoke as the MRI voice that intones, “Hold…your…breath. Exhale.” I couldn’t make out the words, but the Voice seemed vaguely sinister because I didn’t know where it was coming from. There was also a sense of being dragged forward. (When the MRI was performed, my eyes weren’t yet open.) I thought maybe a chip had been implanted in my brain. Could it be the voice of a serial killer? I wondered. Now, I should point out that I believe the bulk of my coma-dream occurred in the last few weeks of my coma. But the Voice was an element from an earlier, simpler state of awareness. The theory that the Voice was that of a serial killer was my more conscious mind trying to make sense of the disembodied voice it had heard when it was functioning at a lower level. An eerie voice coming out of nowhere seemed like something out of a horror movie. And who else but a serial killer would plant a chip in your brain? It’s simple logic.

During my later, more complex coma-dreams, I heard a constant thrumming in the background as my rotating roster of dream segments played out. I imagined that the sound emanated from a giant bell beating out the melody of “Rocky Mountain High.” Sometimes it would get out of synch with the beat, but if I listened long enough the bell would pick up the rhythm once more. Again, this was my mind building a story around something it couldn’t explain. In this case, it was undoubtedly the sounds made by the machinery keeping me alive.

In Alexander’s NDE, he next sees what he calls the Spinning Melody, which leads him to a lush valley filled with hundreds of butterflies, including the one he had hitched a ride on. There, he meets a beautiful woman on another butterfly. Psychically, she tells him reassuring things like, you’re loved and cherished, you have nothing to fear, and you can do no wrong. He calls her his guardian angel, though she has no wings. I guess there’s no need for wings when you can hail a butterfly taxi. Or is there Uber in Heaven? Alexander is then transported to a place of fluffy, pink-white clouds, much like the ones he plunged through in his college skydiving days, memories of which he clearly still cherishes. After his awakening, during his ICU psychosis, he repeatedly hallucinates that he’s in an airplane getting ready to undertake a dive. Alexander was psychotic when he awoke, but perfectly rational during his NDE?

Alexander kept returning to the Earthworm’s-Eye View, complete with its limited mentality, but he soon realized that he could transport to the more pleasant and aware realms at will. I too could enter my favorite coma-dreams whenever I wished, though the Voice kept popping up from time to time, unbidden. And every time, the words spoken remained garbled. (Not that I could’ve held my breath or exhaled—I was on a ventilator.)

Though Alexander may not have read about NDEs while he was writing down the details of his experience, afterward he drank deeply from the NDE Kool-Aid cup. I can’t help wondering how much of his experience he’s subjected to the filter of his later research. One point he makes, based on his immersion in all things NDE, is of particular interest to me. He says that repeatedly returning scenes are a common feature of NDEs among the comatose. Repeats are inevitable when you have such a long schedule to fill.

He’s so close. The David Attenborough documentaries my mother played for me appeared in my coma-dream. I imagined that I was watching the docs, but I would zone out and miss parts of scenes, forcing me to rewind and repeat the missed segments. Yes, that’s right, my coma-dream came equipped with TiVo. If Eben Alexander were more of the skeptic he claims to have been, he could see that it was his own mind hitting the rewind button, as well. 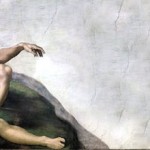 November 7, 2015 Unpacking from a Trip to Heaven
Recent Comments
0 | Leave a Comment
Browse Our Archives
Follow Us!