Tonight at sundown my fellow “members of the tribe” will begin celebrating Passover…and I couldn’t care less. So what, you may say, neither could I.

But Judaism is the religion I don’t practice. And since I was raised by an agnostic mother who felt no desire to keep up traditions she felt no connection to, I grew up with little sense of what it meant to be Jewish.

I had seen open racial hostilities — sometimes escalating into fights — in my newly desegregated school. Why would I want to advertise that thing I only vaguely understood about my heritage when it could’ve gotten me further ostracized or even beaten up?

I was already being picked on for not being a “Georgia peach.” Imagine how I would’ve fared if the kids knew I was a prune hamantash (not that I knew what they were then). And all for something about my heritage that didn’t seem to have much to do with me.

Yet to me, Jewishness is an ethnic heritage, with or without Judaism. And I’m far from the only one who feels that way. Indeed, this is the reasoning behind the self-identity of so-called secular Jews.

For many secular Jews, that means continuing the traditions they grew up with. I certainly didn’t. I can remember my grandmother giving me Hanukkah gelt, both the monetary and chocolate kind. And once my uncle gave me a dreidel and taught me “The Dreidel Song.”

That’s it; the sum total of my Jewish upbringing.

See also: Jew or Not a Jew?

In fact, my sole connection to Jewish culture in my childhood was deli food. But in my teenage years, I began to identify with my Jewish roots, even as I was becoming an atheist.

One year, my mother and I decided to create our own secular Passover. We bought a bunch of traditional Jewish foods* and a Haggadah we barely glanced at. We dispensed with all the other Passover traditions too. Instead, we dug into the foods.

Once again, my passport to Jewish culture ran through my stomach. And what did I learn? Pickled herrings would make an excellent emetic.

A metaphor for religion, you say?

Like Moses, I returned to my heritage (after a fashion). But unlike him, I’m actually real.

*Yes, I know pickled herring isn’t technically part of the Passover tradition, but we were going the whole Jewish hog, so to speak. It wasn’t even pareve because it was in a cream sauce—double blech! But then, we didn’t exactly care about violating some ridiculous Bronze Age dietary restrictions. Okay, so we won’t boil a kid in its mother’s milk. What kind of sadists do you think we are? it’s

**The following is a lightly edited version of a post that originally appeared in The Secular Spectrum.** 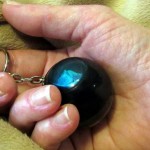 May 5, 2016 Which Came First, the Science or the Atheism?
Recent Comments
0 | Leave a Comment
"Nixon didn't have the charisma that Trump does. So long as Republicans fear Trump's supporters, ..."
Nemo President Trump: Mimicking Nixon in More ..."
"does feal like that is the main diference between them, can anyone name any other ..."
noah johnson Lex Luthor is fiction, Donald Trump ..."
"Someone told me the internet in general has made people lose their compassion for other ..."
Brianna LaPoint Trolls: Warping the Internet into a ..."
"a bit late but this is so wierd i have to respone....It is exactly what ..."
Stephen Atheists Are Putzes Too: Lawrence Krauss’s ..."
Browse Our Archives
Follow Us!