A Flight from Uncertainty 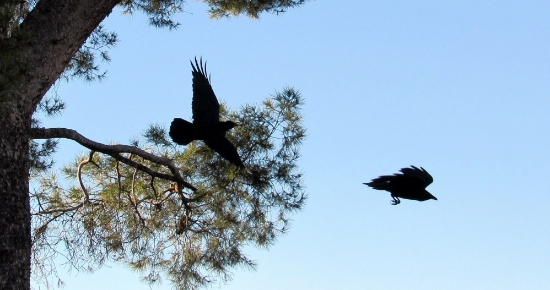 While it’s true that history is written by the victors, losers tend to draw instant sympathy, despite Donald Trump’s favorite jeer. (And I fervently hope and believe that Trump will own that label in November.)

It’s hard not to sympathize with the Etruscans, smiling enigmatically from their funerary art before the tide turned against their struggle to resist the Roman juggernaut, wiping those smiles off their faces.

Indeed, the Etruscans seemed to have had a giant kick me sign pasted on their backs by those block bully Romans. They kept trying to fight back, as the Romans used the technology they adopted from their hapless victims to pommel their cities into submission one by one.

You would think the augury the Etruscans relied on so faithfully–something else the Romans cadged from them–would’ve told them not to challenge the militarily superior Romans to a fight after school. But studying the flights of birds and pawing through the entrails of sacrificial animals isn’t as instructive as it might seem. (Either that or their gods abandoned them for the cool kids.)

But it’s easy for us to feel smug about those primitive, superstitious ancients. Several years ago, I was privy to a credulous conversation about astrology. These were not ignorant people or flower child rejects, but modern, highly educated people. The conversation next veered to the difficulty of inculcating critical thinking into students, with no apparent sense of contradiction or irony.

Yet the closest element in our modern world to augury is punditry. Though they don’t read tea leaves or entrails, modern pundits receive no formal training at all, unlike the augurs of old, who apprenticed from early childhood. Still, we hang on their words as if they get their information from on high.

I admit an addiction to data journalists. Their pronouncements are at least grounded in solid information. But even then, the most honest among these digital augurs will admit that there’s a Willy Wonka’s factory worth of fudge factor in their predictions, as they dig through the entrails of poll results, historical averages, and population shifts.

Still, as we nervously await the start of what promises to be a whirlwind shitstorm of an election, we can’t help wanting to know which way the wind blows. 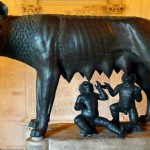 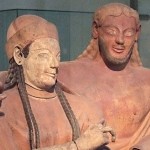 June 6, 2016 Women's Lib Circa 600 BCE?
Recent Comments
0 | Leave a Comment
"The blog was absolutely fantastic! Lot of great information about how Music Therapy get you ..."
Monics Mery Music Therapy: Revealing Awareness and Awakening ..."
"Nixon didn't have the charisma that Trump does. So long as Republicans fear Trump's supporters, ..."
Nemo President Trump: Mimicking Nixon in More ..."
"does feal like that is the main diference between them, can anyone name any other ..."
noah johnson Lex Luthor is fiction, Donald Trump ..."
"Someone told me the internet in general has made people lose their compassion for other ..."
Brianna LaPoint Trolls: Warping the Internet into a ..."
Browse Our Archives
get the latest from
Nonreligious
Sign up for our newsletter
POPULAR AT PATHEOS Nonreligious
1

Pakistan politician withdraws 'Macron behaving like a Nazi'...
GIVEN Pakistan's shocking inability to safeguard its women, children and members of...
view all Nonreligious blogs
What Are Your Thoughts?leave a comment
Copyright 2008-2020, Patheos. All rights reserved.