Patheos Explore the world's faith through different perspectives on religion and spirituality! Patheos has the views of the prevalent religions and spiritualities of the world.
The patient is still on life support, but the autopsy has already begun. As a lifelong Democrat, I should be gleeful. And, certainly, I’m happy that the most dangerous candidate in living memory seems to be headed toward a historic defeat, quite possibly bringing along many down-ballot compatriots.

Humpty Trumpy is teetering on the edge of his beautiful wall, but it’s the Republican Party who may have a great fall.

It seems that we are also seeing the unravelling of a Grand Old Party. The Athenian democracy in Classical Greece was characterized by what the Greeks called stasis. That sounds like what we have right now, with the Republicans blocking actions and appointees left and right like a hyperactive beaver. But to the Greeks, stasis meant conflict. Yes, we have that up the wazoo. Yet that is the push-pull of democracy. Opposition–and more importantly compromise–ensures that all voices are heard and new ideas are aired.

If the GOP shatters after the fall (election), we won’t have a true democracy. Therefore, I hope with all sincerity that all the king’s horses and all the king’s men (um, how are the horses supposed to help, exactly?) will be able to put their party back together again. And in the process, perhaps they’ll rid themselves of the reactionary elements that put them on this precipice in the first place.

Right now, the party is divided by those who have swallowed their pride (and their principles) to sit on that wall with Donald Trump and those who can’t wait to push him off the wall while they’re scrambling to hold onto the rest.

What Trump has revealed is the anger of the forgotten bigots. The downtrodden masses of haters looking to breathe fire. The ones who drank deeply from the Tea Party Kool-Aid cup of fury. The people who have bought into the fear mongering the Republicans have been dishing out for decades.

THEY are out to take our jobs, rape our women, murder our children. Hispanics, Muslims, and Gays, oh my! The girls are climbing into our clubhouse. Where did our country go?

The fact is, they’re right that it isn’t their country anymore. The country as a whole is inching ever forward toward a diverse egalitarianism previously dreamed of in a 60s drug haze. Make love (with whomever you choose), not culture war. But, as I’ve said, whenever there’s an action, there’s an equal and opposite reaction.

Thanks to decades of conservative race-baiting and dog whistles, there’s a sizable minority of the American public who have been convinced that the Other is to blame for____(fill in the blank). It’s not that the white, blue collar voters drawn to Donald Trump don’t have legitimate worries in the aftermath of the Great Recession. They have been left behind. And Trump is more than willing to lead scapegoats to the slaughter. According to many reports, his rallies often descend into boiling mosh pits of hate.

Yet I still contend–and the latest polls indicate--that the general public will be so repulsed at what they see oozing from the Trump campaign that they won’t be able to run away fast enough from the GOP. Eww, I won’t touch that! Even conservative wingnuts like Jennifer Rubin are retraining their arrows away from those dastardly lefties and onto the real forces threatening to tear apart the Grand Old Party…themselves.

We have met the enemy and he is us.

In parliamentary systems, there would normally be a fringe, far-right party. One terrifyingly made significant gains in the March elections in Germany. I’ll give you a moment to let that sink in. Far right. Gains. Germany.

Of course, I don’t want to encourage the formation of hate hoards in the US. But if the Republican Party could somehow spin off the raging loonies and compromise-is-treason nutjobs they’ve been carefully nurturing for so long, they could move on with the business of becoming a legitimate (and reasonable) opposition party to the near-inevitable Clinton administration, Mark II.

The only thing Republicans have to fear is fear itself…and the rest of their party.

I feel their pain. I really do. I sincerely hope that after the electoral cataclysm to come, the GOP will pick up the pieces of their shattered party and reform into a semblance of a reasonable partner in our great republic.

Remember the good ol’ days when the parties negotiated compromise deals? It’s true. It really happened sometimes. Politicians worked across the aisle for the common good of the country. Honest. Ask your parents…or your grandparents.

Yes, I know the Republicans brought this upon themselves, but democracy requires a loyal opposition (remember that phrase?). And a rational one, too. 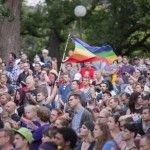 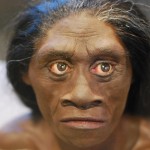 June 23, 2016 A Change of Hobbit
Recent Comments
0 | Leave a Comment
Browse Our Archives
get the latest from
Nonreligious
Sign up for our newsletter
POPULAR AT PATHEOS Nonreligious
1