The Limits of Term Limits

Patheos Explore the world's faith through different perspectives on religion and spirituality! Patheos has the views of the prevalent religions and spiritualities of the world.
The governor once derided as Governor Moonbeam is now one of the most popular and effective politicians in America. How did Jerry Brown got there? Experience. He’s the longest serving governor in California history, having served originally from 1975-1983.

Instead of running for a third term in 1982, Brown ran for the Senate. He lost to Pete Wilson, the man who as governor singlehandedly turned California from a Republican-leaning purple state into a reliably blue one with his anti-immigration rhetoric and draconian state initiatives.

Thanks, Pete! As I’ve said, it’s almost as if Pete Wilson was a mole for the Democrats. For the first time, there will be two Democrats facing off for the Senate seat vacated by the retiring Barbara Boxer. (This is thanks to the recently instituted “top two” election system I personally opposed.)

Brown has also served as mayor of Oakland and California Attorney General, as well as head of the California Democratic Party. In 2010, he ran again for the governorship. Since he served before term limits were enacted, he was eligible to run again for the office his dad once held for two terms, before losing to the star of the Bozo films. That’s right, the patron saint of the GOP: Ronald Reagan. (I have visited Reagan’s shrine, I mean presidential library, in Simi Valley. Keith made me promise not to snicker at any of the adulatory exhibits.)

Term limits were passed in 1990 (which I also opposed). They were meant to prevent voters from re-electing effective politician. Well, not really, but that has been the effect. Though term limits are popular, they usually apply to other people’s representatives.

Admittedly, some politicians have been found mummified in their seats (think Strom Thurmond). While term limits may prevent permanently planted butts, it creates contentious partisans who never learn how to play nice with the neighbors on the other side of the aisle.

Yes, Jerry Brown is part of a political dynasty who has served in practically every position of power in California besides dog catcher. And I’m not betting on that one once his final gubernatorial term ends.

Though it required hard choices, Brown’s pragmatic liberalism has righted the woeful condition California left in by that guy who starred in the Terminator films. That’s not quite fair because Arnold Schwarzenegger didn’t cause all our state’s woes, nor did those “girly men” he hammingly denigrated.

Besides the Great Recession, the two greatest problems California has recently faced were self-inflicted. Budgets required a two-thirds majority, which lead to perpetual budget stalemates, as the Republican minority in the state legislature prevented any form of income enhancement whatsoever.

The budget rule was finally changed when the Democrats gained their own supermajority, with an assist from our friend Pete Wilson. Thanks again, Petey!

The other main problem bedeviling our state, unfortunately, is still stubbornly ensconced: term limits. Far from blocking the power of lobbyists and special interests, term limits have actually enhanced them. Instead of installing “citizen legislators,” they’ve caused a continual churn of politicians looking to jump to their next office.

Our society is far more complex than the Founding Fathers lived in. Duh. I’m afraid Jefferson Smith (of Mr. Smith Goes to Washington) would be lost amidst the thicket of regulatory complexities entailed by the eighth largest economy in the world. He would’ve been forced to turn to far more experienced lobbyists to school him on how to craft legislation to create that boy’s camp.

Eventually, Jeff Smith would’ve gained the knowledge to be an experienced politician. Unlike many noobs, I’m sure he would’ve excelled in coalition building, like the “Boy Ranger” he once was. But, oops, time’s up. The boy’s camp is only half-finished and my term is up. Where do I go next?*

This creates an endless game of musical chairs for California politicians. Yes, that is indeed what Jerry Brown has done (and that’s ignoring his two presidential campaigns). But the real harm–beyond the strengthened power of the lobbyists–is that there is no incentive to plan for the long term.

Why does the rainwater in LA wash into the ocean, polluting the beaches after storms, instead of being collected for our sorely needed water supply in this record drought? By the time the rain harvesting system could be built, the legislators would be out of office. The costs–read taxes, bonds, and fees–are short term, while the benefits lie far into the future.

Term limits have led to a drought of civic planning even a Jimmy Stewart couldn’t overcome.

*National term limits have been ruled unconstitutional, but bear with me. I’m using Mr. Smith Goes to Washington as a metaphor, fer crissakes. 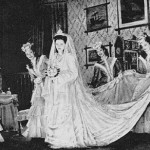 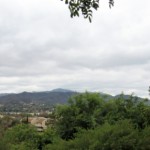 June 13, 2016 June Gloom
Recent Comments
0 | Leave a Comment
"The blog was absolutely fantastic! Lot of great information about how Music Therapy get you ..."
Monics Mery Music Therapy: Revealing Awareness and Awakening ..."
"Nixon didn't have the charisma that Trump does. So long as Republicans fear Trump's supporters, ..."
Nemo President Trump: Mimicking Nixon in More ..."
"does feal like that is the main diference between them, can anyone name any other ..."
noah johnson Lex Luthor is fiction, Donald Trump ..."
"Someone told me the internet in general has made people lose their compassion for other ..."
Brianna LaPoint Trolls: Warping the Internet into a ..."
Browse Our Archives
get the latest from
Nonreligious
Sign up for our newsletter
POPULAR AT PATHEOS Nonreligious
1