Jew or Not a Jew*

“Are you a Jew?” my best friend asked me. I was only five years old, and I  barely knew what the word meant. Yet I had memorized a rote response whenever people asked me what my religion was.

“We’re non-practicing Jews,” I would parrot in a sing-song voice. I had picked it up from my mother.

But back in that sprawling Hialeah apartment complex, I blinked at Peter, confused. Why was he asking me this?

“My dad says you killed Christ.” His tone was matter-of-fact.

Not the Jews, mind you, but me, personally. Lenny Bruce would’ve riffed on how much pleasure he got out of offing the Son of God, or some such thing. I said, lamely, “That’s not true!”

In fact, I barely understood what that meant. And, probably, Peter didn’t either. He undoubtedly, however, had a clearer idea of what religion meant in the first place. I had never even set foot in a synagogue.

I had a blind spot born of a complete lack of exposure to religion. My agnostic mother wanted nothing to do with the trappings of the weak Judaism of her childhood. When I was about four, I pointed to a group of Orthodox Jews and said, “What are those funny beanies they’re wearing, Mommy?”

See also: I Was a Jewish Hitler in the 5th Grade
In any case, we were both too young to understand the comments we were mouthing.

We played less often after that because, as Peter told me, “I’m not supposed to play with you anymore.” I’m sure he didn’t tell his dad when we did. For unrelated reasons, my mother and I moved soon after this incident.

Of course, this was nothing compared to what my grandparents lived through, with signs on stores proclaiming, “NO DOGS OR JEWS ALLOWED.” (But what about seeing-eye Jews?) They lived through the shock of the holocaust, with all of those horrific death camp pictures. They certainly knew what it meant to be a Jew.

Now I’m an atheist who has never practiced Judaism. And even so, I was barely Jewish enough to face much anti-Semitism in the first place. At any rate, it’s a different era now.

Yet, while I didn’t understand what it meant to be a Jew when I was five, Peter taught me that I was one.

Take that, everyone who denies that an atheist can be a member of the tribe.

*I couldn’t find a video of the classic SNL skit, Jew, or Not a Jew, but the link is a transcript. 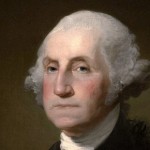 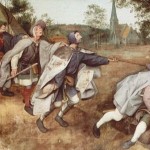