The following is an imaginary guest post by one of the poor, oppressed masses of white, heterosexual men struggling to bleat free.

Make America More Like Me Again, by Homer Whiteman*

Where did my country go? Suddenly, men are marrying other men. It was Adam and Eve, not Adam and Steve. How can you have a couple with the same number of ribs, anyway? Amirit? Or amirit? It’s all about family values. Marriage was meant to be between a man and a woman and their divorce lawyer. If marriage was supposed to be about love I woulda married an actual bitch–my schnauzer Mitzi.

But that’s not good enough for them. Now they’re dressing as women so they can take a piss in the ladies room. As if the lines aren’t long enough already. I don’t want some perv ogling my daughter on the pot. Don’t they know they can just drill a hole like any other decent person?

In my day, women knew their place–in the family. My wife was perfectly happy being called Mrs. Whiteman and Cindy’s mom until she got a job. Now suddenly she needs to feel respected and valued. The child support payments certainly make me feel less valued…in the pocketbook.

And don’t get me started about those feminazis. Eighty cents on the dollar isn’t good enough for them. Oh no. Hey, women are smaller than men. Of course they’re gonna get paid less. Besides, women were never meant to be in business in the first place. That’s not what they meant by double-breasted suits.

In the past, black lives mattered, too. A whole three-fifths. I miss the old days when blacks were happy to serve white people with a smile. I always tipped them real good and never paid no mind if they were beneath me.

There was no political correctness back then. No siree. You wouldn’t be criticized just because you were speaking your mind about people who are different from you. In the good old days, you could call a spade a spade. I’ll give you a microaggression.

And don’t tell me we can’t screen Muslims from entering our country. I say make ’em eat pork before they can come. Let’s call the test porking. (By the by, have you ever seen Barack Hussein Obama eating pork? Just sayin’.) Yeah, I suppose porking would keep out Jews too, but this here is a Christian country. Understand? Yeah, we have freedom of religion in this nation. You’re free to worship Jesus in any church you choose.

My great-grandfather, Paddy O’Melty, didn’t sail past the Statue of Liberty to land in a country of greasers. I’ve lived in California all my life, but now white people are a minority here. Can’t they speak English like the state’s founders intended? It’s gotten so you can’t even find a white person to serve you a burrito.

For all these reasons and more, I’m proudly casting my vote for Donald Trump. He had good Christian marriages–all three of them. And it’s about time we had a president who doesn’t wait to think things out before he acts. The Donald will sure give those nancy foreign leaders the what for. The US says up yours, UN.

Do you think when Trump’s done with his wall he can build one right here so we can keep out the rest of America?

*The opinions expressed here do not represent the opinions of the author of this blog, Patheos…or any rational human being. 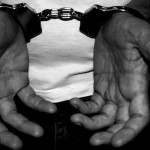 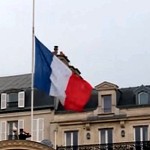 July 15, 2016 In the Name of God
Recent Comments
0 | Leave a Comment
Browse Our Archives
get the latest from
Nonreligious
Sign up for our newsletter
POPULAR AT PATHEOS Nonreligious
1