Today is the third anniversary of my coma awakening, after six weeks of coma-dream twilight, on the precipice of death. Though the only present I receive is another year on the right side of the grave, that’s more than enough.

I awoke to the fuzzy sight of my mom looking over me in my nursing home bed.

I blinked at her in disbelief. How could that be? I was just sleeping! “Seriously?” I said, or rather tried to say.

“Don’t try to speak,” she said. “You won’t be able to. You have a tube in your throat to help you breathe.”

I didn’t actually realize that I was in a nursing home at the time. Why was so much of the equipment labeled All Saints, even though my mom kept talking about my time in the hospital? Was I in a special ward called, for some reason, All Saints? (If I had been conscious, a Catholic nursing home would’ve been the last place I would’ve wanted to have been sent to. The insurance group-run hospital was pushing for the downscale All Saints. It was better for my rehab, they asserted, even though their doctors were sure that I would never recover enough to need it.)

The world was a haze, not because I wasn’t fully conscious, but because my contact lenses had been removed. (I’m extremely nearsighted–minus eight, to be exact.) But the world around me was far from the only thing that wouldn’t come into focus.

It was even harder to make sense of what my mom was telling me. How could I have been in a coma–for six weeks? My organs were failing one by one? I almost died?How could my doctors tell my loved ones to give up hope for my recovery? And what about the most shocking claim to me–that I had profound brain damage? It felt to me as if I was just having a miserable night’s sleep.

I knew that I felt completely there and utterly me. Yet, from what my mom was telling me, my doctors were convinced that I would never be the same. Indeed, they thought it was unlikely that I would wake up…or even survive. They warned my loved ones not to expect me to be the person that I was before the coma. And yet, here I was, the Stephanie I had always been, albeit one so weak I could barely raise my head.

(It’s hard to say how much of that was due to the stroke damage, but the rapidity of my physical recovery suggests that most of my weakness was simply from spending six weeks completely immobile. I’m far from a morning person, and like their owner, my muscles needed a bit of time (and a lot of physical therapy) to wake up again. However, I still suffer from some lingering stroke damage, vertigo and a slightly weak right leg, with a bit of remaining numbness in the foot.)

When I learned of my mistakingly grim prognosis, I vowed to make it abundantly clear to my mom, the nurses, doctors, and everyone I saw that I was mentally intact in every respect. As I soon learned, that was a tall order when you can’t speak and can barely move.

With my limited ability to communicate, I made exaggerated facial expressions, as I did my best to slowly and broadly mouth words. All the while, I hammed it up, in an attempt to show that my sense of humor was intact. (This was a major problem for someone who instinctively talks so fast you can hear the sonic boom.)

A doctor came in to test my cognition, asking a few basic questions.

My mom had told me that Keith would be coming by on his regular visiting shift after work. I couldn’t wait. I knew he would be thrilled to see me awake…and totally there.

When Keith finally arrived, I couldn’t see his expression well, but I could hear the delight and relief in his voice. Keith stayed long into the evening. But he was tired, and eventually he needed to go home and let everyone that I was okay (and completely Stephanie)–all the friends, family members, and acquaintances who had been following my illness and supporting him in the past terrible weeks. He knew they would be happy beyond belief…and relieved that the news wasn’t any of the things my doctors had darkly warned about.

But a visitor to my bedside before Keith’s arrival would set the tone for the reaction of countless believers to come. It was the nursing home’s resident priest. I’ve written about him before, including in my upcoming essay in the October/November issue of Free Inquiry, “Saving My Life by Saving My Soul.”

The priest has the distinction of being the very first person to refer to my recovery as a miracle. He would not be the last.

I will never forget the sound of his voice reverently saying, as he smiled beatifically, “God is good.” You wouldn’t think a priest would need a supposed miracle to convince him of that. Yet my reaction when he asked me if I had thanked God for my life was just as memorable.

I shook my head as vigorously as I could, considering my enfeebled state. Even though I couldn’t see his face well, I could feel his shock at my response. It wasn’t long before he left this atheist alone to her godless ingratitude.

At the end of the day, I was thoroughly exhausted from my efforts to prove that I wasn’t profoundly brain damaged. I fell quickly to sleep…and woke up the next day.

Here is Part One, Part Two, Part Three, and Part Four of the Coma Day series celebrating the third anniversary of my awakening and the advances in covert cognition detection. 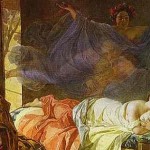 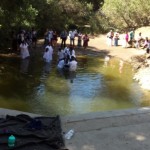 August 29, 2016 The Godless Meets the God-Fearing
Recent Comments
0 | Leave a Comment
"The blog was absolutely fantastic! Lot of great information about how Music Therapy get you ..."
Monics Mery Music Therapy: Revealing Awareness and Awakening ..."
"Nixon didn't have the charisma that Trump does. So long as Republicans fear Trump's supporters, ..."
Nemo President Trump: Mimicking Nixon in More ..."
"does feal like that is the main diference between them, can anyone name any other ..."
noah johnson Lex Luthor is fiction, Donald Trump ..."
"Someone told me the internet in general has made people lose their compassion for other ..."
Brianna LaPoint Trolls: Warping the Internet into a ..."
Browse Our Archives
get the latest from
Nonreligious
Sign up for our newsletter
POPULAR AT PATHEOS Nonreligious
1